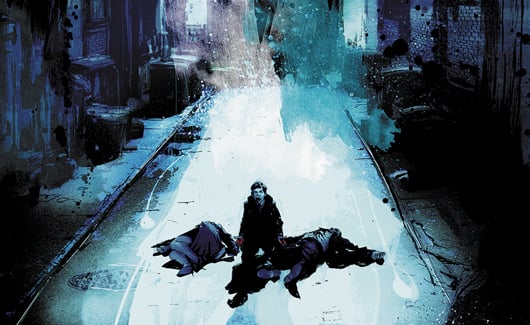 Ok, I need a show of hands here, who was unimpressed by Fox’s “Fall Send Off” for their popular upcoming show, Gotham? The show ended and the credits rolled with what I thought was next week’s upcoming episode but it wasn’t. No, come to find out, amidst the preview they make mention that the show will be returning in the winter where we will find Jim Gordon in his new surroundings at Arkham Asylum. What the hell!? I’m sorry but if this was supposed to be any kind of finale at all, it failed to give that impression.

The episode opens up with our two favorite kids, being typical Gotham kids and challenging themselves to dangerous stunts of stupidity. I can’t begin to describe the pain that sears through my brain every time these two exchange banter back and forth. It’s as if someone is literally holding up the cue cards off camera so they can deliver each line as it’s been written. I really thought I’d enjoy the kid cast as Bruce Wayne because I was a fan of his ability to show some raw emotion without delivering a single word in the show he was in before, the other Fox show – Touch. He was definitely the strongest part of that show next to everyone’s favorite Jack Bauer. Though with every scene he’s in I find myself less drawn to him than I thought I would be. And please, don’t even get me started on the poor girl who’s playing Selina Kyle … 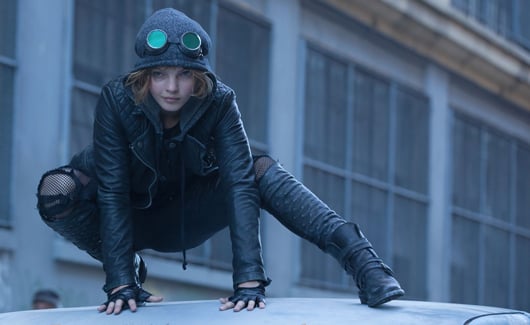 Yes, I need to see you land like a CAT every time you come down from something. Trust me, I get it.

Anyways back at the topic at hand, the episode just falls flat. If you wanted a good way to end the Fall run, then the series should’ve concluded with the “Penguin’s Umbrella”. This episode showed just how masterful the writers and producers of the show can be by pulling us along on all these different threads. Finally leading to a reveal that, for me, was arguably the best moment of the series thus far. Seeing how Penguin and Falcone had struck a deal early on and had been pulling strings behind the curtain certainly caught me off guard. It also showed just how strong of a character Jim Gordon was to go up against not just the mob, but all the crooked cops of Gotham too.

But sadly we were given an episode where instead of focusing on Gordon’s career and his character development, we tune in to the Bruce Wayne show because far be it that the audience forget that this is all about Batman. Had I known that this was a “fall finale” of some kind I think I would’ve almost turned the episode off about midway through. I’m so close to writing in to Fox and letting them know that no one watching the show can be dumb enough to have to be consistently told every other episode who characters are or who they will become. The only soon to be arch nemesis of Batman that they’ve not done this with is Penguin and that’s only because he’s a key player, at least for now. All the others are subsequent side characters that don’t seem to matter enough to the main plot that’s unfolding for them to have more than a few minutes of screen time. The problem is when we see these characters they practically scream, HEY I’M POISON IVY, HEY I’M CATWOMAN, HEY I’M TWO FACE … I just can’t take anymore.

You see, if you want to tease characters and to give them time to build up and develop into what’s being teased you should take a look at Arrow and the Flash. Both from the DC camp of course, these shows have taken characters within the show, given them roles, but have now changed their roles and are developing them in a different way. Laurel is SLOWLY becoming the next installment of the Black Canary and I’m impressed with how long they’re taking in getting her there. Then you’ve got the Flash and his scientist mentor as the supposed Reverse Flash nemesis. Who knows if it’s him or not, but if you’re into speculating, they’re definitely hinting at it. My point being that both these shows know how to set up characters without constantly barraging us with hints and collective suggestions all the time. The only nemesis I feel that Gotham has done ok with is the Riddler. At first it seemed that all he was going to do was spit out riddle after riddle, but the show’s writers took that away. They started to use him more as a go to to help solve a case rather than just an annoyance – and I welcomed it. 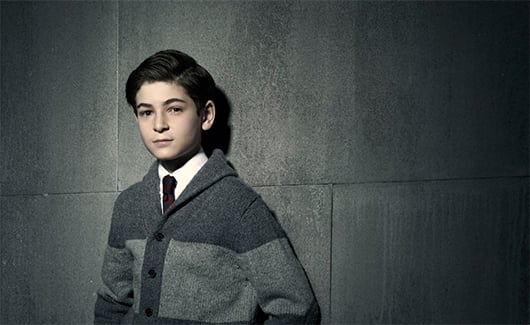 Why do we fall Bruce?

While I enjoyed watching Alfred kick some ass, it just wasn’t enough to save the episode for me. It seems that a lot of the web is with me on this too. Which is too bad because there was a lot of promise with this show and how they originally set things up as it being more about the city of Gotham and the people in it. Yet, if this episode tells us anything it’s that the show can’t escape what people want most about it, and that’s Batman. While I welcomed the idea of exploring the mobs and the crime of Gotham before ever really seeing Bruce’s adventure to becoming the Dark Knight, it seems I’ll have to wait. Mind you, I won’t ditch the show but that’s mainly due to the lack of programs on television on Monday nights. I’m also still holding out hope that with future endeavors there might be more focus on what makes it a great show and not just a mediocre comic book adaptation.