I don’t care what anyone says. I love New Girl, and I look forward to it more than any other weekly comedy. While Zooey Deschanel is perfectly spritely in her own right, she’s aided by a fantastic supporting cast which includes Jake Johnson and this season, Damon Wayans Jr.

Now, someone in Hollywood finally watched these two and realized they’re hilarious. As such, they’ve been given their own starring vehicle, “Let’s Be Cops.” Normally we wait until Friday to post trailers, but I really couldn’t help myself. I watched this three times and laughed just as hard with each repeat viewing. Johnson and Wayans Jr. realize that simply wearing a cop uniform makes you treated way differently (after they leave a costume party) and they decide to see how far they can run with the concept.

The red band trailer is amazingly cut and scored, and this might be the most well-done comedy trailer since 21 Jump Street (a similar concept) or Pineapple Express (ultimately not a great movie). Glad to see these two getting their comedy due like how Hollywood magically realized Charlie Day is hilarious recently. 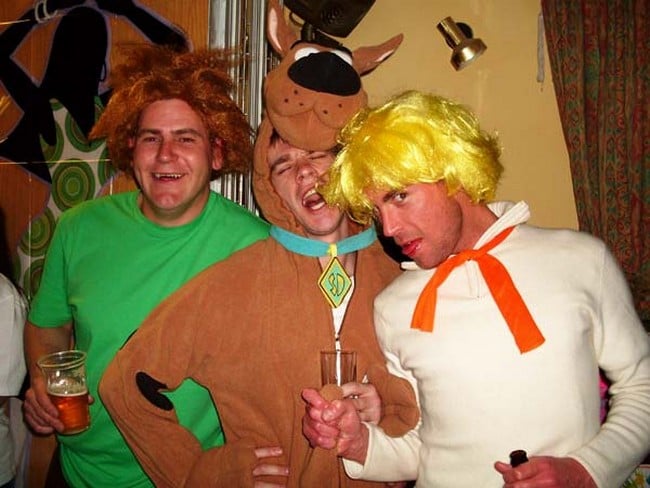 So Halloween is upon us, and I’m readying my awesome costume as we speak. Many of you are scrambling at the last minute for something, so I thought I’d post a bit of inspiration for…

I’ve found a few great art collections to post today, but my hands down favorite has to be this series from Marko Manev. It’s one half of an exhibit at Bottleneck Gallery between him and…

On first glance, it was hard to know what to make of Looper. Despite a past string of action successes, Bruce Willis hasn’t exactly been on fire lately in the genre from Cop Out to…

Now that everyone who thought The Phantom Menace in 3D was a good idea has seen it, we can get back to the ACTUAL Star Wars movies we all known and love. There’s only a…

Anyone else here somewhat amped for the new movie crop of 2012? We’ve got some good comic book action. Comedies don’t look that horrible. There’s a new look at high school and a potentially huge…

httpv://www.youtube.com/watch?v=1s4aAp8OxGg It’s a time when epic trilogies seem to be fading into the past. There was Star Wars, The Godfather, Indiana Jones, Lord of the Rings, but in the last few years, only one has…