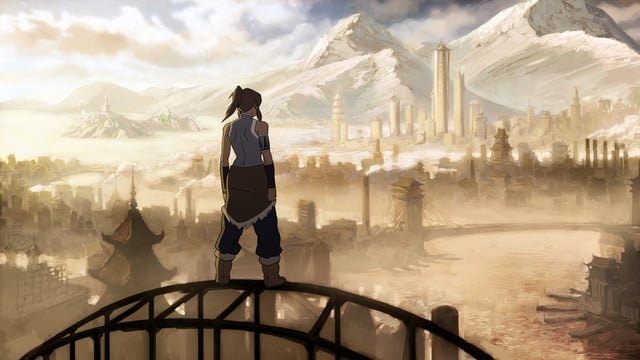 Man, it’s really over huh? In spite of a rocky start filled with Avatar fans complaining that the new show isn’t enough like The Last Airbender or was trying too much to be like the previous show or that Korra wasn’t as good as Aang or whatever, The Legend of Korra built an amazing narrative over the course of four seasons, endured being kicked off of its own rerun-packed kiddie network to become a mere webseries, and recently brought it all home with a closing scene that should probably qualify as an American animated television landmark even though it was never broadcast on television. Not too shabby.

Yeah, I’ll admit it, the first season started off with an amazing concept of abandoning the feudal-era setting of The Last Airbender by kicking the narrative two generations forward to an early 20th century steampunk setting, but kind of let me down with characters that didn’t seem as fresh as the previous series. I wasn’t crazy about the pro-bending storyline either. But during its run, Korra built up a lot of steam and made is seemingly unmemorable cast unforgettable by the time it was through.

Not only that, but it bested its parent series in terms of philosophical themes by presenting one of the most nuanced and frankly mature depictions of politics I’ve ever seen. The emergent theme of the show was never good versus evil, just like the Avatar isn’t about fighting evil. It’s all about balance; something we almost never see in the modern era. That makes the ending of the show especially bittersweet, because in spite of (or because of) its artistic merits, we’ll likely never see anything like it on television again. There will be minor spoilers 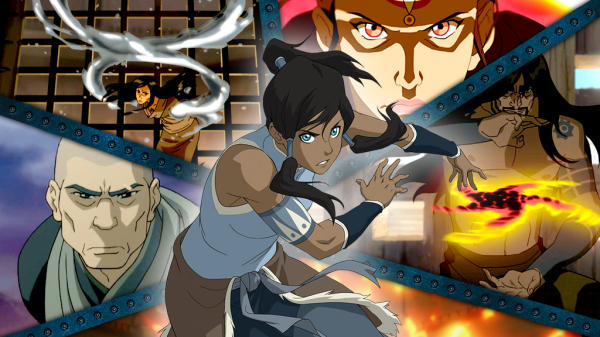 Most shows are pretty complacent when it comes to their villains. You take a mean-looking dude
or perhaps a femme fatale and you have them do really bad stuff in the name of badness. They want to kill people because people are good and they’re bad. They want to take over or destroy the world and laugh maniacally while they do it because they’re so eeeeeevil. They’re businessmen who want to destroy all that’s good in the world because money. They’re oppressive governments run by Nazis and sadistic tyrants who want to rape damsels, lock people up, and do other bad stuff because that’s how they roll.

But let’s look at Korra’s gallery of rogues for a minute. Season one featured Amon, an Equalist fighting for the rights of those who were born without the gift of bending and are rendered second class citizens because of it. That’s….not evil at all. That’s a just cause. It’s just that he was planning on doing it by eliminating bending altogether and destroying someone else’s gift is a dick move.

Season two brought about Unalaq, Korra’s own uncle who was in touch with the world’s spirits and didn’t believe in their imposed segregation from humans or the abuse of their territories suffered at human hands. His goal was to reunite the estranged Northern and Southern water tribes via spiritual portals and restore balance by setting the spirits free to roam the world once again. Again, unity and equality. Too bad his religious devotion to balance included civil war and unleashing and embodying ultimate evil to counterweigh the Avatar’s goodness. Too much goodness isn’t a reason to do bad.

The third season unleashed a group of Red Lotus anarchists whose goal was to eliminate the social order that puts people in a place where they can oppress other people. Just like in our world, oppression relies on authority and on the artificial divisions of country and culture that inspire people to treat one another as enemies over superficial differences. In the past, they had attempted to kidnap Korra from her traditionalist teacher so that they could attempt to educate her in alternate worldview instead of the traditional status quo perspective each Avatar has had formally instilled in them without fail. A noble goal, but not one worth accomplishing by slaughtering world leaders to incite chaos or kidnapping children. 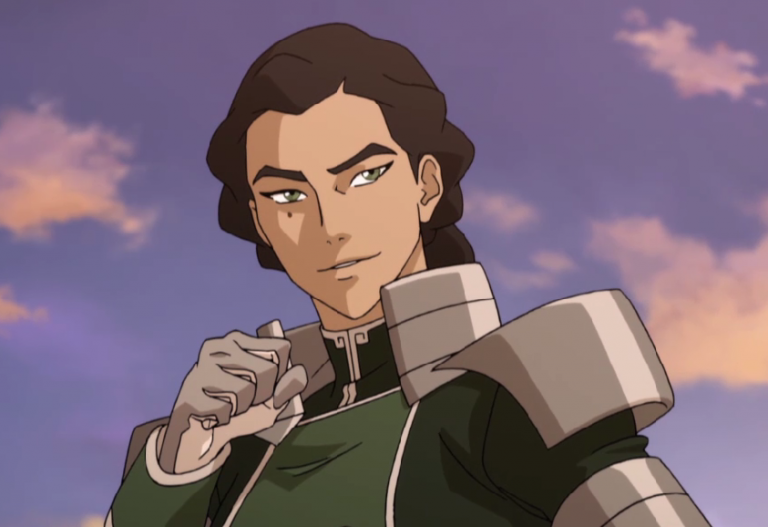 Now you may have noticed that the first three seasons had antagonists that skewed heavily towards the leftist values of freedom and equality. Most of the time, it’s extreme conservatives and their desire to control people’s behavior and enforce order at the cost of freedom or to exploit others for personal gain (the “virtue of selfishness” as Ayn Rand called it) who end up being the default villains. Three consecutive seasons with liberal villains is just about unheard of, particularly in a series as progressive, modern, and philosophical (hippy dippy, if you like) as Avatar.

But then there’s the final season, in which an Earth Kingdom general named Kuvira attempts to pick up the pieces of the chaos brought about by previous seasons and return order, first to her country, and then to the world, whether they want it or not. She’s portrayed as a powerful, reasonable, poised, and extremely intelligent woman; not a maniac. In any other show, a character like this would be a heroine. Yet even Avatar Korra and her newfound lust for peace and willingness to compromise were unable to dissuade her in another excellent lesson that sometimes giving peace a chance just isn’t enough, as much as we wish it were.

So we finally get our traditional conservative villain. But when you consider what came before, you can see Legend of Korra’s brilliance shine through, even in utilizing a cliché. With Kuvira anchoring the parade of big bads, the overall arc of the show becomes a microcosm of history in which extremists ironically bring about and strengthen the very things they were trying to prevent or eliminate by their own actions.

Kuvira’s rise to power is precipitated by the Red Lotus’s assassination of the Earth Queen. The Red Lotus were former co-conspirators of Unalaq that escaped when the spirits were set free and their leader gained airbending abilities as a result. Add in Amon’s terroristic social agitation and you’re looking at a world where people are afraid and looking to a powerful figure promising to keep them safe, even at the cost of their own liberty. Chaos begets order, which will cyclically devolve back towards chaos. One extremity inevitably rises up to push back against the other. Balance.

It’s still very unusual for shows to make their villains as human and relatable as Legend of Korra did. It was a refreshingly realistic, complex, and adult look at the human mind and the way it processes politics and morality without regard for the consequences of bringing those beliefs to fruition. All of these individuals were looking to correct perceived unbalances and do what they thought was best for the people. The same as the Avatar. They had friends, they had family, they had lovers; they had lofty goals based on respectable ideals. But where each of them turned the corner was in using their higher purpose to absolve themselves of personal accountability for their actions and ignore the people they hurt on the way to accomplishing their ends.