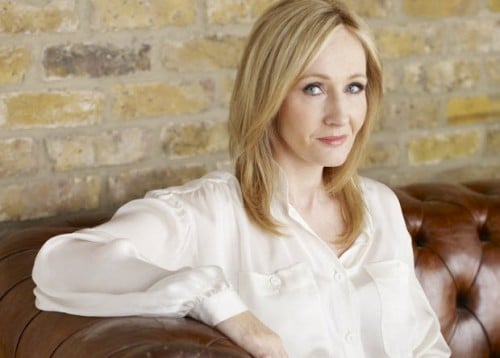 She’s going to turn “Fantastic Beasts and Where to Find Them” into a movie for Warner Bros. She wrote the title under the pseudonym “Newt Scamander,” and he’s the star of the story, which is set 70 years before the events of Harry Potter. Here’s what Rowling had to say about the project:

“Although it will be set in the worldwide community of witches and wizards where I was so happy for seventeen years, Fantastic Beasts and Where to Find Them is neither a prequel nor a sequel to the Harry Potter series, but an extension of the wizarding world,” said Rowling. “The laws and customs of the hidden magical society will be familiar to anyone who has read the Harry Potter books or seen the films, but Newt’s story will start in New York, seventy years before Harry’s gets underway.”

I’m guessing he won’t STAY in New York, as how many beasts are there really hidden there, but it’s a far cry from the English setting of the other films to be sure. So it’s set in the Harry Potter world, just with none of the characters we like because none of them have even been born yet. Perhaps we’ll get a sneak peak at toddler Dumbledore, but that’s probably about it.