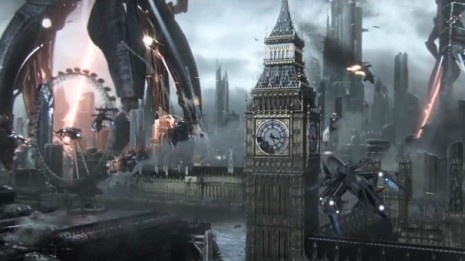 I am going to give you a second to reread that title again. Ok, let me explain. This article is a PREVIEW of my 2012 year in gaming, with reviews. Wait, let me try this again. I am psychic. No, that’s too blunt. In simple terms, I am going to make an estimated review for each of these games on how I think they will play out, but I am going to write the reviews like I have already played them. * Gets a bloody nose.* This might not have been a good idea. 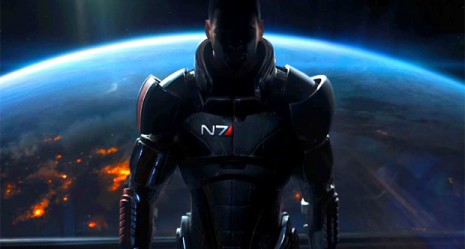 I should have no problem telling you how my game went, because ultimately, everyone’s will play out differently. I came into this game (miraculously) with most of my crew having survived the suicide mission from the end of the last game. Well, everyone except for that one guy who looked like Kanye West. I sent him up in the vents to die. I hated that guy. Anyway, this game picks up almost immediately after The Arrival DLC ends, and all I can say is be prepared to have your heart torn out and fed to you emotionally.

By this chapter in the trilogy, these characters feel like family, so when some of them fall, you TRULY feel it. My editor walked in on my crying on at least two separate occasions. And this time it wasn’t from watching The Champ on my lunch break. Oh, and they tweaked the RPG and leveling systems slightly, making it easier to use for newbies. Also, they upped the action in this (final?) chapter. Far less planet mining and far more enemy decimating happens. And without spoiling it too much, you get ONE power that is on par with the fun you had with the gravity gun from Half Life 2, so choose your perks right! Also, you will end up hating a character you have adored thus far, and I don’t remember a game pulling a more brilliant switch on me. Never has decision making in a video game been more powerful. All trilogies should end this well.

This game may have been fun, but I bought it based on the title. I thought it was about midget strippers, so you can imagine my anger when I finally played it. May have been a great game, but I threw it away out of sheer rage and disappointment. 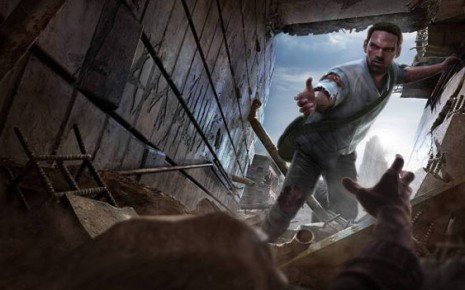 I wanted to love this game, but it takes two major missteps. First, the free running thing has gotten to be an old fallback in games now, and it showing its age. To build a central part of your game around a core mechanic that has already gotten a bit tiresome worked against them here. While climbing around the ruins of a modern city was a great angle, I did it last year in a game called Enslaved, and I did it better. The other slip up is the difficulty. I understand the premise of being an everyman in this situation makes it far more harrowing, but I am an everyman in real life. Bandits would kill me in about twenty seconds time (I made that number up based on roughly how long it takes me to pee my pants and scream), so I prefer it when my games give me a fighting chance. This game does not.

I was constantly running from crazed survivors because my guy was a noob. Well, sort of. He can climb the side of a dilapidated building with all the ease of Spiderman, but he seems to have trouble aiming a gun or a baseball bat at some fool’s skull? Video game logic, folks. The fact of the matter is, the score would be lower, but the cityscapes and atmosphere of the game may be my favorite version of a post-apocalyptic wasteland yet. It feels oddly real. I just don’t like all the “running from things” scenes. Fans of Amnesia will dig this game a lot, though. I Am Alive has a VERY similar feeling of helplessness to that game. I just feel that too much in real life. Not a big fan of it in my games.

So Capcom tried their hand at the open world RPG, and not too surprisingly, it works. While the story is standard RPG fair, stinking with hints of the dragonborn, it is the battle system that makes this game work so well. Gone is the pointless slashing at an enemy that most action RPG’s rely on, replaced by an intricate system that uses grabs and grapples. While this may sound simple and somewhat out of place in an RPG, let me explain it in action. You see a giant. In any other game you run at it and hack at its’ legs until the creature dies.

In this game, you can grapple the giant and shimmy up his waste to take clear slashes at its head, ensuring a quicker victory. You can still stand a foot back and parry and dodge if that is what you like, but this game opens up attacking in a way I had never played before. Instead of just running in, you scan your enemy and figure out the best way to approach a battle. Plus, when you get REALLY good at it, you can grapple flying creatures and instead of killing them, you can hitch a ride on their back. Think Grand Theft Auto with Griffins. While I would have liked a better story, that is a minor gripe. Well, that and the fact that the A.I of your teammates seems to be borderline retarded, but since when is that anything new in an RPG? The battle system is fun and kept me engrossed the entire time I played. It is not as long or as hearty an adventure as Skyrim, but the battle system is one of my favorites I have played in an action RPG. Speaking of Capcom…. 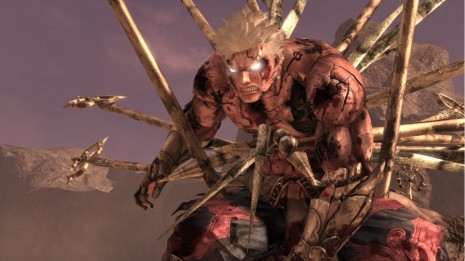 Once a year, Capcom needs to make at least ONE batshit crazy action game. It just needs to happen. It seems no matter how outlandish or over the top it is, I just eat it up. For a perfect example of that, go play BAYONETTA right now. Please, go do it? You will thank me, I think. Anyway, this game is a lot like that. It is like you ate a huge pile of crystal meth (does that come in piles?) and then watched every Saturday morning cartoon from the 80’s at once, all while snorting pixie dust and listening to Frank Zappa music. At one point, I did a 7,468 hit combo, and it happened in the span of about 4 seconds. I think I might have had multiple arms in this game, and glowing eyes, but it all happens so fast, I couldn’t be sure. You fight 42 bosses in this game, and the game is 8 hours long. Let them give you an idea of how frantic it can get at times. There is a boss fight in this game that is so epic, your Xbox fan starts cursing out loud during it. All I know is: my eyes are bleeding, my nose and ears are bleeding, and my thumbs and fingers are all swollen and blistered. A.K.A This game is f*cking awesome. Oh, and the final boss made out of penises. I think. 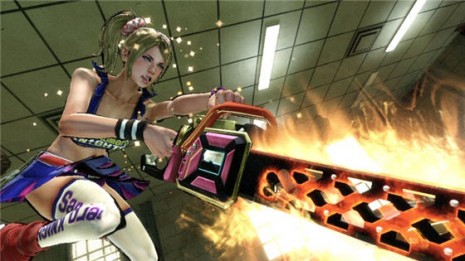 Every year, Sude51 has to make a crazy, grindhouse style action game and every year, I eat them up. Ah, screw it. Read above review and you get the idea. While the main mechanic of cutting up zombies with a chainsaw gets old by the end of the game (hell, it is old in general by now), it is the game’s pop aesthetic and surreal sense of humor that keep you playing. Come for the zombies. Stay for the Suda51 insanity. 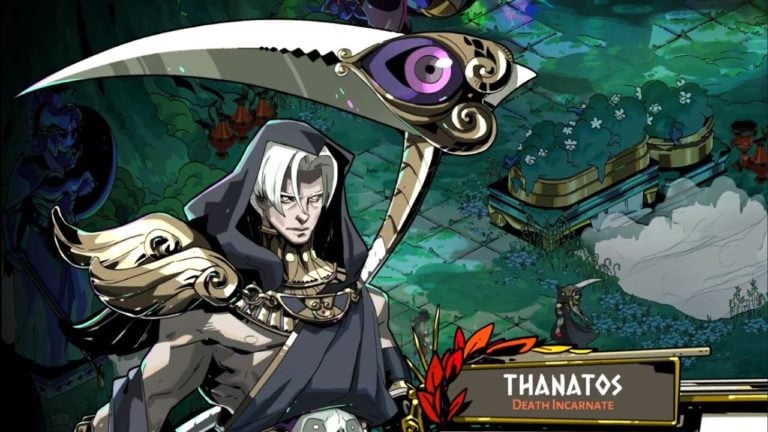