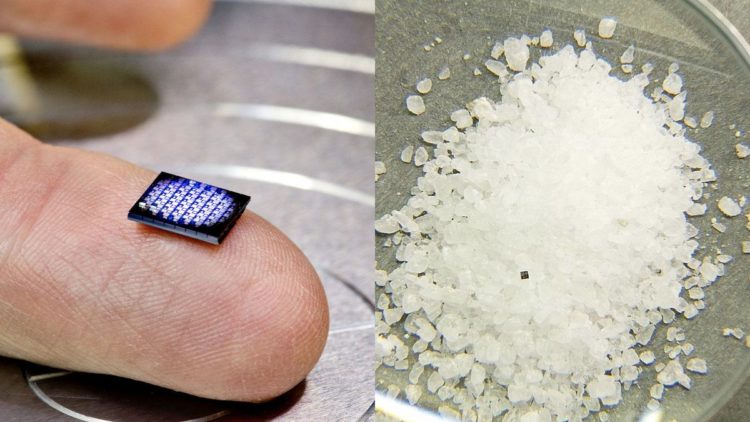 Generally speaking, the more powerful a computer is the greater the size. This is a common problem with technology. To provide the different range of functions, equipment is likely to need more components, and this has an impact on the size of the product. However, this problem is something that engineers and inventors are gradually overcoming. Take the mobile phone as an example. When these were first introduced to consumers, people were using mobile phones the size of house bricks. Over time, phones have gradually become more streamlined despite now offering a wide range of functions and uses. If IBM has their way, computers will also become streamlined in a similar manner.

IBM Think 2018 began on March 19. This is the company’s flagship conference. They are using this event to introduce an exciting new innovation. It is a computer smaller than a grain of salt, and they claim it is the world’s smallest computer. While it may seem that it is unlikely that this computer is capable of much due to its size, that is not the case at all.

In fact, it actually has the computing power equivalent to that of the x86 chip. That is what was used in computers during the 1990s. While this may not seem like much computing power in comparison to what is available today, it is a huge achievement to get so much power into a computer so small and it could be the start of getting even more power into microscopic computers.

According to IBM, this computer costs less than ten cents to manufacture and houses several thousand transistors. This allows the computer to communicate, monitor, analyze and to act on data.

The intended use of this computer is to act as a data source for blockchain applications. This means it can track goods shipment and also detect, non-compliance, fraud, and theft. In addition to these uses, it can also complete basic artificial intelligence (AI) tasks. For example, if the computer is provided with data, it can sort this accordingly.

A spokesperson for IBM has explained that this is only the beginning of what they plan to achieve over the next five years. They are planning on creating more computers that are smaller than grains of salt and are also developing ink dots. Arvind Krishna, who is head of research at IBM, says that these will be embedded inside everyday devices and objects and will have a variety of functions.

Based on this information, it seems that there are definite plans to streamline technology. This will help people and businesses to save space. Another benefit is that the cheap manufacturing cost may mean that people are paying much less for technology in the future. These technological developments are also an indication that more everyday items will potentially have smart functions in the future that will simplify everyday life.

At the moment, these microscopic computers are not available to buy as they are still in the development stages. However, the fact that IBM is introducing this product at their conference is a clear sign that these devices will be available or used in other technology in the very near future.