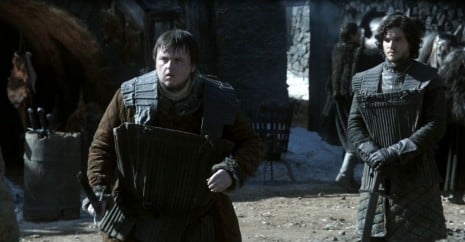 (Sorry this is late, I was out of town)

Well someone died and someone got screwed, but those weren’t the most interesting parts of this week’s Game of Thrones.

This episode felt kind of like a history lesson, which is good in the sense of learning background about the characters and the kingdom, but also feels like someone’s just straight up reading the original book to you. I know they need a way to get this info out, but I think the show is bordering on almost too much exposition at times.

The most interesting piece of history we learned this week was the kingdom’s past tanglements with the dragons that once flew about the land. Legend tells of a time when brave men slay dragons, but Viserys tells of a time where the truly brave RODE them. He also talked about how the skulls used to line the throne room, and their fire was used to fuse the throne of enemy swords together.

I’m going to be pretty upset if all this dragon talk turns out to be one big cocktease, and the show drags on for five seasons before even showing us a glimpse of one. But the problem is, dragons don’t really feel like they belong in this world, as no other magic seems to exist, besides whatever the hell the White Walkers are, and that guy the prostitute met who can “change his face like men change their clothes.” Maybe he’s just really good with makeup. I do want to meet that flamboyant pirate with tons of gold and silk sails she mentioned.

The Targaryen drama unfolded almost exactly the way it did last week, with Viserys going off the handle at his sister for sending a servant to fetch him for dinner. He assaults her once more, but with no bodyguards to defend her this time, she does so herself, whacking him in the face with a necklace, which apparently is more than enough to halt his tiny fists of fury. She reminds him that she’s the queen, bitch, and the next time he touches her, she’ll have his hands cut off.

Privately, she expresses what I’ve known since episode two, that her brother is in no way going to win back the throne, even if the Dothraki army he’s allegedly bought would ever follow his orders. I have never quite understood this plotline, as I don’t get what makes the Dothraki feel the need to keep this seemingly one-sided deal. If he was part of some rich, powerful family that STILL had influence, I could see Droga wanting to help him out, but what the hell is stopping a man as brutal as him from just taking his hot sister as his bride, murdering him on the spot, and going on his merry way? What’s in it for him if he crosses the ocean and sacrifices thousands of his people for this blond idiot? This is a point that needs to be made clearer.

Meanwhile, across the narrow sea, more relevant plotlines unfold. Ned is starting to look into the death of the previous hand, and discovers that before his demise, he was looking through a book about the kingdom’s genealogy. He was also visiting an out of the way armory, and when Ned goes to investigate, he finds a young burly blacksmith’s apprentice that he immediately knows is King Robert’s bastard. Glad we didn’t have to drag that mystery out.

But what does this mean? I think I have it figured out. There’s no indication of how long the incest between the queen and Jaime has been going on, and I have every reason to believe that Prince Jauffrey is actually a product of their unholy union. At last his creepy face makes sense! They probably wanted a “pureblood heir” or something like that, and this is their way of making sure the Lannister bloodline takes over the throne.

But with the existence of this new kid, HE would be the one to take over the throne, because even if my theory is wrong, and Jauffrey is Robert’s child, the other kid is older. Bastards can still take the throne, right? Anyway, people who have read the books, don’t ruin my guessing with facts please. 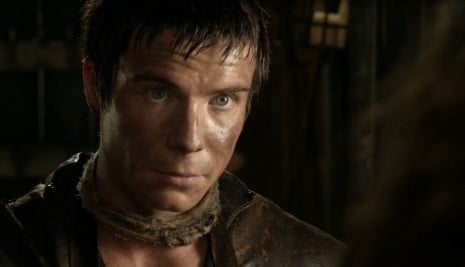 Who needs DNA tests when you have eye color?

Up north in the wall, Jon Snow finds himself protecting a new fat recruit who claims he’s a coward like it’s some sort of infectious disease. He can barely hold a sword or even look over the wall due to a fear of heights, but Jon learns that his father cast him out, and said he was so useless to him, he could either join the Night’s Watch or die of a hunting “accident.” We also learn that despite his smoldering good looks, Jon Snow is still a virgin because he’s worried about getting girls pregnant and creating more bastards like himself.

I guess the addition of Sam gives him something to do, but I don’t think this show really needs a fat, comic relief-type character. I think it would be awesome if they made the actor lose a ton of weight over the course of the season, and become a fighting badass, but I don’t know if I can see that happening.

I have two questions for you all this week about moments I don’t quite understand. The first is simple, who did they say on the council was a eunuch? It’s not the Master of Coin who’s helping Ned out, Petyr, right? I couldn’t understand the name they said. 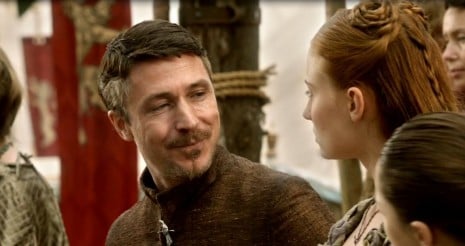 The second is about the story that Petyr told on the end, and the whole situation leading to the “accidental” death of the possibly murderous squire of the old right hand. The guy with the burned face is who, the queen’s guard? And his brother, the “mountain” killed that guy as a favor to the queen? But with that story that was told about him holding his brother’s face in the fire, shouldn’t the two of them be mortal enemies? I thought at first the burned guy was Ned’s chief guard, and that would have made more plot sense, but no, he’s the queen’s man, yes? I guess I just don’t understand their relationship. Are they both working for the queen?

The episode ends with a rather awesome scene that has Lady Stark making a citizen’s arrest of Tyrion Lannister, whose biggest crime was not being in this episode enough. He didn’t do it, but now he’s going to be hauled back to Winterfell to explain himself, and even with his silver tongue, I wonder how he’ll do that. I’d love to see him get on board with taking down his sister and her douche-tastic twin.

See you next week, and I’ll have this up earlier than I did this time. 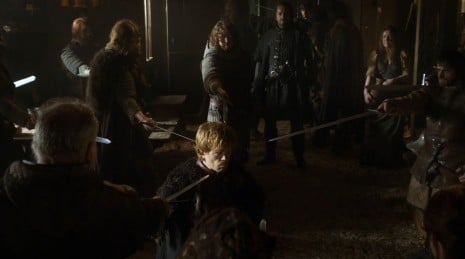 Ever since Lost wrapped, I’ve been looking for a new show to review on a weekly basis. Really, the only things on this summer are True Blood, the World Cup and Burn Notice, and Maddy’s…

The Killing is a story about a bunch of people who are absolutely terrible at their jobs, and most of the time, also terrible people in general. Their circumstances are further worsened by the fact that the…

I got a request after writing “Five Villains We’re Glad Went Good” to write an article around characters who did the opposite—who went from good to bad. I was grateful because writing is easy; coming…

The Office is now drawing to a close after nine years on the air, and the cast is starting to get a bit sentimental, Rainn “Dwight” Wilson recently post this picture to Facebook which shows…

My first introduction to classic painters, like many of you I imagine, was through the Ninja Turtles who somehow adopted those names for their own. Why exactly they chose those names, I never figured out,…