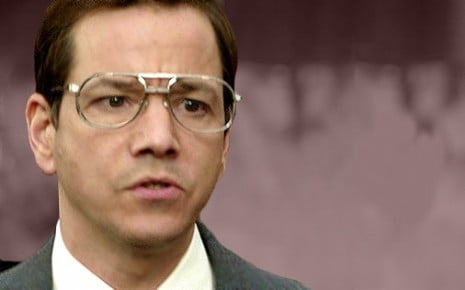 You might recognize Frank Whaley as the “what?” guy from Pulp Fiction.  You know the “say what!  say what again!” seen where the dude is drinking his Coke from Big Kahuna and gets shot repeatedly.  That is Frank Whaley.

What you might not recognize is that Whaley’s been in tons of movies.   While he’s got 84 titles to his name there are a couple that I happen to enjoy.   My favorite is his starring role in the movie Swimming with Sharks where he plays this little intern at a Hollywood Film studio who gets constantly abused but eventually “finds his way.”   It’s with Kevin Spacey and I truly liked it.

Other roles I liked with Whaley?  He was “Boy” in Little Monsters.   He had a great part in Swing Kids.   He was in Field of Dreams as a young Archie Graham.   Hell you can just go on his IMDB page to see it all.

Nowadays he does mostly television bit parts but I think Whaley deserves recognition for his contribution to TVs and movies.  A clip of Whaley after the jump…..

You gotta love Spacey here.   Still though, Whaley definitely carried his weight in this.

A few weeks back I did a small post called “Light Sabers Make Everything Cooler.”  Since that time we’ve had a few requests for an entire gallery related to the subject.  And to be perfectly…

Any of you folks out there who place ads on your site can appreciate this picture.  Once in a while there will be a new popular ad that appears on just about every site imaginable. …

For any of you watching the new season of 24 you’ll know who Doug Hutchison is.  He’s a terrorist named Davros who does a pretty crappy Russian accent.  Well, he DID have a pretty crappy…

Click on the photo for 4 Bit Characters who deserved more attention In fiction, first impressions are even more important than they are in real life. If you’re there from the very beginning of a…

Alright, I’m traveling right now so I don’t quite have the time to do a lengthy review of last night’s episode. You all saw it, and so I’ll just jump straight into opening things up…