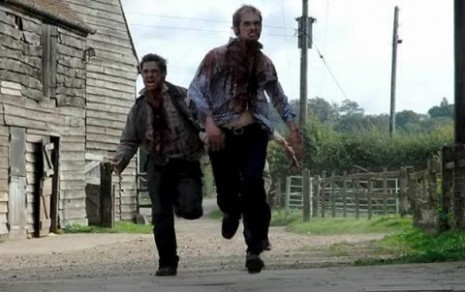 The Walking Dead wrapped up its second season just a few weeks ago, and I’ve had zombies on the brain ever since. I guess that’s natural with all the other zombie crap that’s become part of American pop culture (still not sure how I feel about zombie X-Men), though some internet denizens claim the genre is starting to overstay its welcome. I, for one, am cool with it sticking around for a while longer.

To me, the best zombie sagas exist with zombies as a backdrop. Some viewers were up in arms after TWD episodes that were sparse on the walkers, but I found those parts of the narrative refreshing; the conflicts between zombie survivors are always more interesting than the zombies themselves. After all, a recurring theme in many post-apocalyptic sagas is the whole “human nature is the real threat” thing, and anyone familiar with The Road or Children of Men knows what I’m talking about.

But there’s something to be said about zombies from 28 Days Later (i.e., “the infected”), who exist just outside the Brooks-Romero canon. They’ve just always scared the shit out of me, and I’ll never be assuaged of this opinion. Here’s why.

4)  They exist because of us

The fear of the unknown is a powerful thing. Plenty of horror flicks take advantage of this fact by offering only the most cursory of backstories to their otherworldly antagonists. In 28 Days Later, however, there is no ambiguity about the origin of the infected: they’re caused by the rage virus, and the rage virus was created by Cambridge University scientists. (Not evil scientists, either; these guys were trying to use their research on neurochemicals to benefit mankind, not reduce us to growling, bloodthirsty Steve Austins.) So yeah, in this case the zombie apocalypse was totally preventable.

It’s the realism factor that gets to me here. Have you been keeping up with all the advances in medical research lately? Me neither, but scientists discover new shit about the human brain all the time; cancer’s not going to cure itself, after all.  And researchers dick around with viruses on the regular, so it’s not super farfetched to imagine one bad day wreaking havoc on the general public. Plus, if history books are to be trusted, we haven’t always been awesome at dealing with viral plagues. 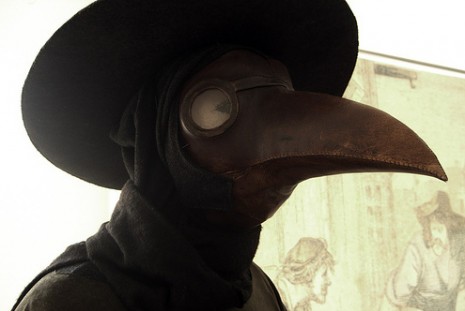 If this was your doctor back in the day, you were pretty much screwed.

3)  The disease is transmitted specifically through bodily fluids

A less-savory attribute of the 28WL zombie is its penchant for unpredictably projectile-vomiting blood all over the place. (Most zombies don’t vomit anything.) And while this skill—if harnessed correctly—might be useful to the interior decorator of Tom Six’s lower basements, it’s less great for . . . well, anyone else. See, as a survivor in this particular movieverse, you essentially have to treat each drop of liquid as a potential hazard (within infected areas, at least); inheriting the rage virus is as simple as slugging from the wrong canteen or leaning up against a bloody car after picking a scab. One drop is quite literally all it takes. So even glancing upward is a hazard. Great.

[Side Note: Blood splatter is all the rage during this version of the apocalypse (pun very much intended). Once people figure out the virus can be transmitted through blood, why the hell don’t they wear more shit to cover their eyes/nose/mouth/ears? This has been a pet peeve of mine during virtually every zombie-ish movie I’ve ever seen.] 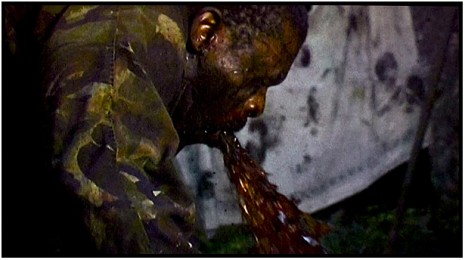 “That contagious, rage-driven flesh-eater is spewing blood vomit all over the place. Quick, toss that clumsy face mask aside and let’s attack it with melee weapons while screaming!”

Some zombies eat brains, some zombies are partial to human flesh, and some zombies will go after anything with a pulse. But don’t let the teeth-gnashing fool you; 28WL zombies aren’t chomping through your trachea because they’re hungry. They’re doing it because they’re angry. Like, insanely, senselessly, ridiculously angry. Now, given the option between bloodthirsty assailants, which would you pick: a) creatures who are vaguely mad with hunger, or b) creatures who are ferociously pissed off at you for no apparent reason?

And that brings us to the number one reason 28WL zombies terrify me: their speed. In Max Brooks’ widely adopted canon, individual zombies aren’t that daunting of a threat. Depending on various factors (e.g., bodily decay, rigor mortis, brain decomposition), those ghouls have the endurance thing going for them, but can only manage a perpetual stagger at best. A violent “tortoise and the hare” metaphor could work here, probably.

But then there are “the infected.”

I once read that polar bears are the most dangerous member of their species because as a general rule, if one of them spots you you’re already dead; their relentlessness is matched only by their ferocity. If one of the infected spots you, the same Yeah-You’re-F**ked rule applies, because now they’re unequivocally headed in your direction at breakneck speed. Yep, the rage virus continuously siphons adrenaline into the host’s system, turning them into angry Olympians whenever they get that “2:30 in the afternoon feeling.” 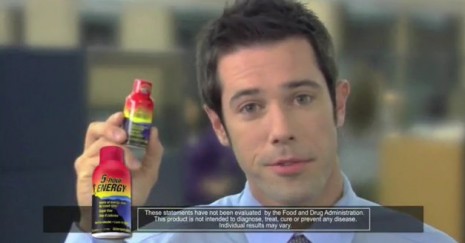 “This stuff’s pretty good, but when I really need a boost, I just kill the shit out of unarmed civilians.

If you need a reminder of how goddamn terrifying it would be to flee from the infected, look no further than this scene from 28 Weeks Later:

If I were Don, the first stop on that boat ride would have been the nearest Gap. In a world where one of these demon-eyed bastards could start chasing you at any second, involuntarily shitting one’s pants seems like a more constant threat than the zombies.

It’s not as though we’re really into violence on this site.   However,  I have to say that we can definitely appreciate cinematic accuracy and awesomeness when we see it.  And it just so happens that…

(click for wallpaper size) So I felt like doing something artsy yesterday and decided I’d make an Unreality desktop wallpaper to share with you all. I wanted it to encapsulate what the site’s all about,…

I will never know how LEGO grew to be the dominant force it is, with successful toys and video games and legions of fans. I mean, it’s fun, but there’s a limit! Apparently there is not a…

(click to enlarge) If you’re not a Hayao Miyazaki fan, then what the hell is wrong with you? The man is the Walt Disney of Japan, but his films are less fluff and more art…

A cliche image, but a fun one. Anybody out there suffering from trailer fatigue? I see articles about this every now and then. Some take the angle of criticizing the tendency of modern trailers to…