I finally got a chance to see The Kids Are All Right as a flood of critics gushing over the film have propelled it into mainstream theaters all across the country.

Though decidedly indie in sentiment, the film boasts an impressive and talented cast, and in a year that seems like a drought for movies where things are 3D or blowing up or both, The Kids Are All Right is a breath of fresh air amidst a toxic cloud of mediocrity.

It’s the story of your average lesbian family living in southern California. Nic (Annette Benning) is the one with short hair, and a stable job where Jules (Julianne Moore) has long hair and is a “free spirit,” meaning she’s generally unemployed. They each had a child through the same sperm donor. Nic popped out the intelligent and reserved Joni (Mia Wasikowska) and Jules had the dumbfoundingly named Laser (Josh Hutcherson) who has more of a rebellious streak and along with it, some questionable friends.

Joni is about to head off to college shortly after turning 18, and Laser is bugging her to make a call to their sperm bank so he can finally meet his birthfather. She’s reluctant, but finally gives in, and the pair meets up with Paul (Mark Ruffalo) who turns out to be an affable, but slightly self-satisfied local business owner. Joni is wowed, Laser is not, but as they invite Paul to become a part of their life, he complicates their family more than anyone thought possible. 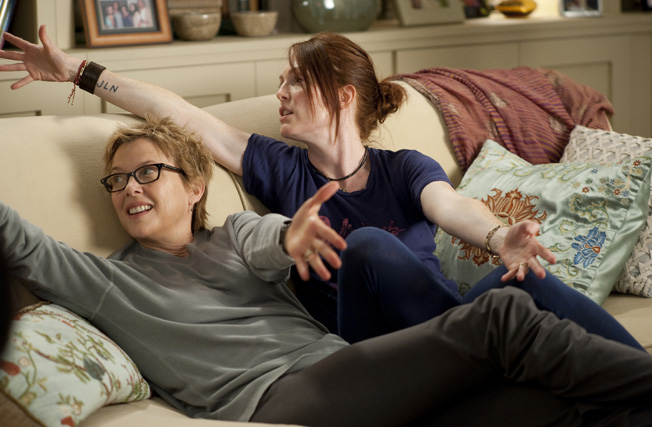 Reluctantly, the two moms meet him, and as he bonds with the kids, he stirs up some very un-gay feelings in Jules, and things take a turn for the crazy soon enough.
Without a doubt, this is the most well-acted film out this year. Every performance is brilliant, from the pair of Nic and Jules to the conflicted children, to Mark Ruffalo’s portrayal of the aimless Paul, we will most definitely be seeing some nominations headed this direction come this winter.

The script feels effortless, and is often times hilarious in the moments where the drama of the situation isn’t overwhelming the narrative. It may be a bit heavy handed in parts, but it all feels incredibly authentic, and is a truly memorable look at an unusually complicated family.

Unfortunately the film builds up only enough steam to fall just short at the end. The tension between the characters explodes as expected, but once it’s over, the film doesn’t seem to feel the need to pick up the pieces. Paul is written off as the bad guy of the film, a title he doesn’t quite deserve, and Hutcherson’s Laser is all but forgotten about entirely, his own plotline mistakenly wrapped up far before the film’s actual conclusion. 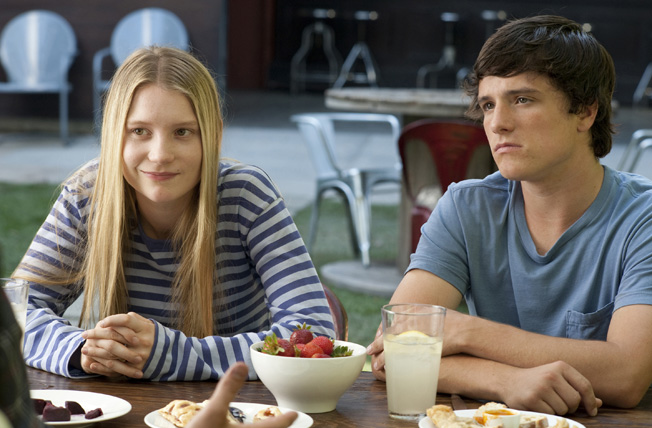 It doesn’t seem like any of the characters really grew as a result of the events of the film, and actually, many of them seemed to regress. Paul just seems to have waltzed in and clumsily wrecked this entire family, and waltzed out again without any sort of closure for his character. The film wants to make him the villain, but the way his character is written, well-meaning but lacking impulse control, it just doesn’t jive right that we don’t get a conclusion for his arc.

But story issues aside, the performances alone make this without a doubt one of the best films of the year to date, and I expect it will hold that position through January.