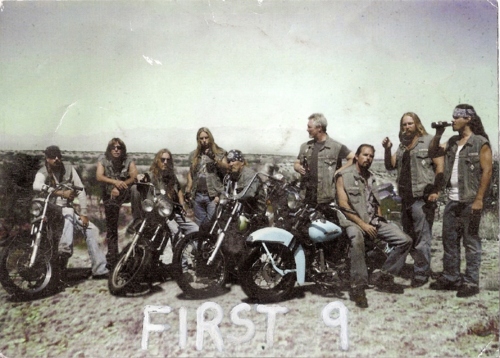 Last week Kurt Sutter started musing about the end of Sons of Anarchy, which will wrap after its seventh season next year. He’s now got it in his head to do a show set in the post-Vietnam era which will focus on the “First Nine” getting together to form the original Sons of Anarchy.

As much as I love Sons of Anarchy, and would love to see another show like it, I can’t adequately express how much I hate this idea. Why? It could be awesome, right? Perhaps, but once again, this is falling into the prequel trap of shows, movies and games refusing to move forward so we can get a look at the “origins” of characters we already know. Prequels are safe, because audiences are predisposed to know and like the characters already.

But the logistics of this are usually awful, particularly in the case of this theoretical Sons of Anarchy show, to use it as an example of what I’m talking about. You can’t make a show about the First Nine with any sort of real tension to it. We know a few of the characters sure, but more importantly, we already know what happens to them.

Over the course of Sons of Anarchy, the fates of nearly all of the First Nine have been explained. John is killed by Clay and Gemma. Clay kills Piney. And I forget most of the rest of their names, but many have already been touched on. And when Sons of Anarchy is a show where anyone can die at any time, it feels stupid to go into a new version where everyone’s destinies are already pre-determined. 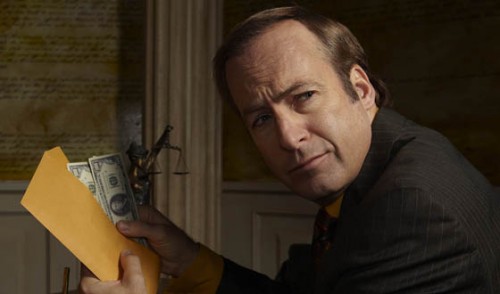 We’re also seeing this to some extent with AMC’s planned “Better Call Saul,” which on the surface sounds like a cool idea, but I worry it could be the “Joey” to Breaking Bad’s “Friends.” The show is relying on our love for Bob Odenkirk’s Saul Goodman in the hopes that we want to see him before he’s all mixed up in Heisenberg’s meth racket. But again, the same problem exists. Even if the show is filled with familiar faces like Saul, Mike, Huell, Skinny Pete, Badger, Gus Fring, whoever, there’s no tension. We know what happens to each and every one of them already.

This prequel issue isn’t limited to TV either, of course. I won’t go into Star Wars, as there have been countless posts written on the subject already, but suffices to say that we didn’t need three movies to see how Anakin Skywalker became Darth Vader, especially when we had most of the important details already.

The Hobbit is doing something similar, but to a less offensive extent. The Hobbit is its own standalone story and though it does have some “origins” feel to it, it’s not overtly terrible like the Star Wars prequels. But even with that said, it still feels like a pale imitation of the original trilogy, and being broken up into three pieces seems like a cash grab. And again, we know how most of it ends. 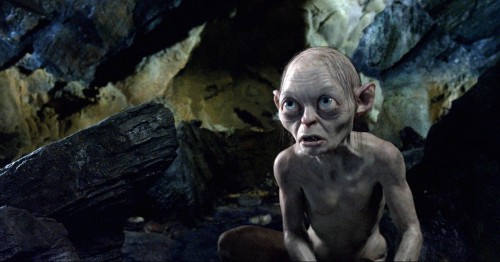 To a lesser extent, I’ve dealt with this in stupid horror prequels which are the worst offenders of the bunch. Like, why do I need to see a Texas Chainsaw prequel were I know there’s exactly a zero percent chance of any busty teen getting the best of Leatherface? At that point you’re just going through the motions, waiting for the villain to win.

Even video games are starting to go down this road with things like “Arkham Origins” and a rumored new Mass Effect game that may be a prequel spin-off. These are stories that are very clear cash-ins, meant to draw you in with characters you’ve liked in past games, but with no pressure to move the central story of the series forward in any meaningful way.

I don’t want to say I’ve never seen a good prequel, but they are few and far between. The only ones I think work on any level is just because the movies themselves were so good it overshadows the expected ending. I would put Rise of the Planet of the Apes and X-Men: First Class on that rare pedestal, but it’s hard to think of many to join them.

But fundamentally, the very idea of a prequel is antithetical to effective storytelling. We’ve read the last chapter of the book already and are expected to feel tension as we start from the beginning, knowing full well where it’s all going.