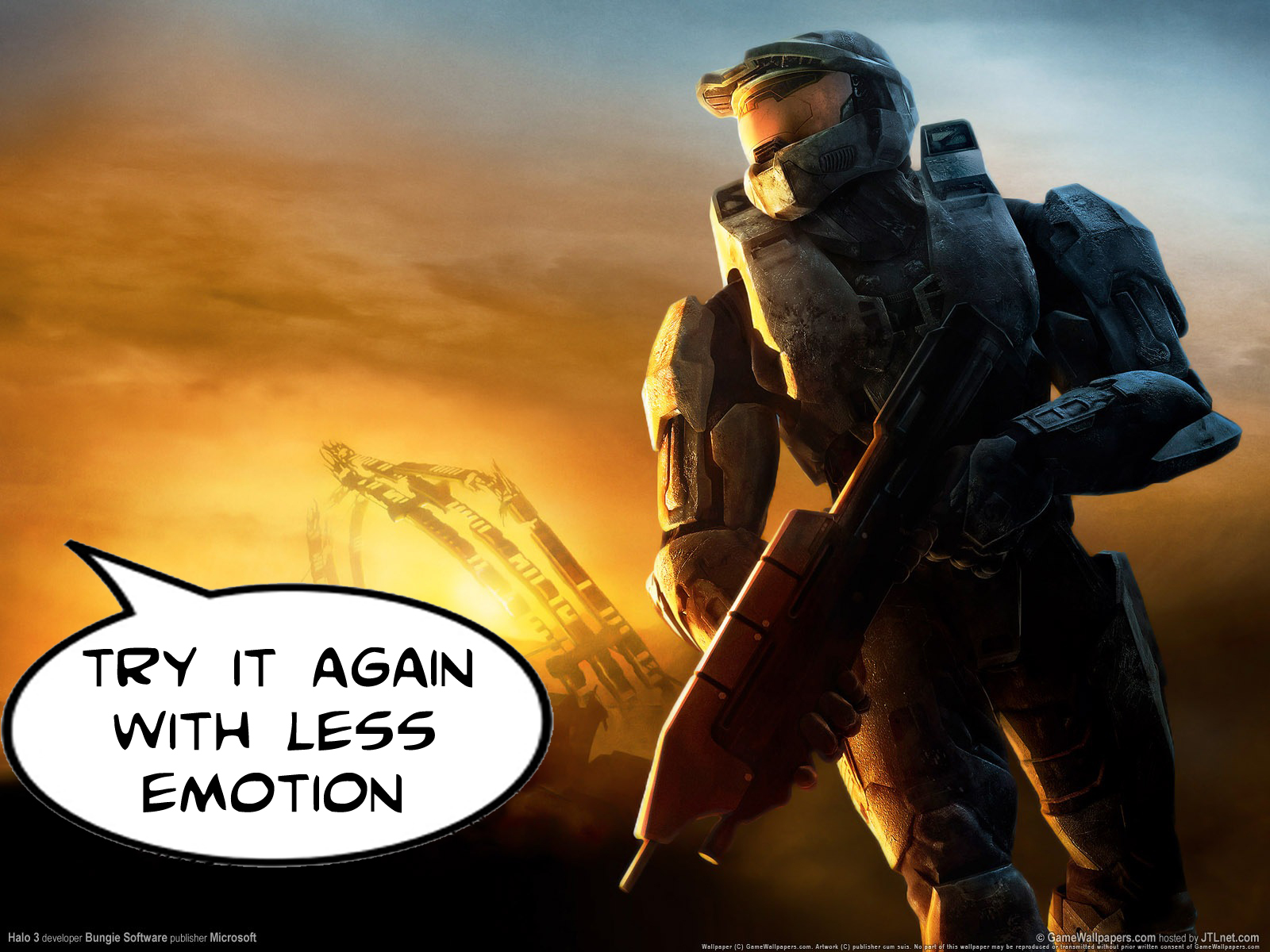 I know that Hollywood is running out of superheroes to make movies about, but seriously, spare good games from being turned into bastardized movies. Approximately 0% of movie adaptations of video games have been good so far, (I’m putting the original Resident Evil into the “bearable” category), and I don’t want to see my favorite games tainted forever by being completely gutted and reformed using horrendous actors, half-assed scripts and unruly amounts of CGI. Here are five movies they’ve already started making, but I really wish they’d stop. 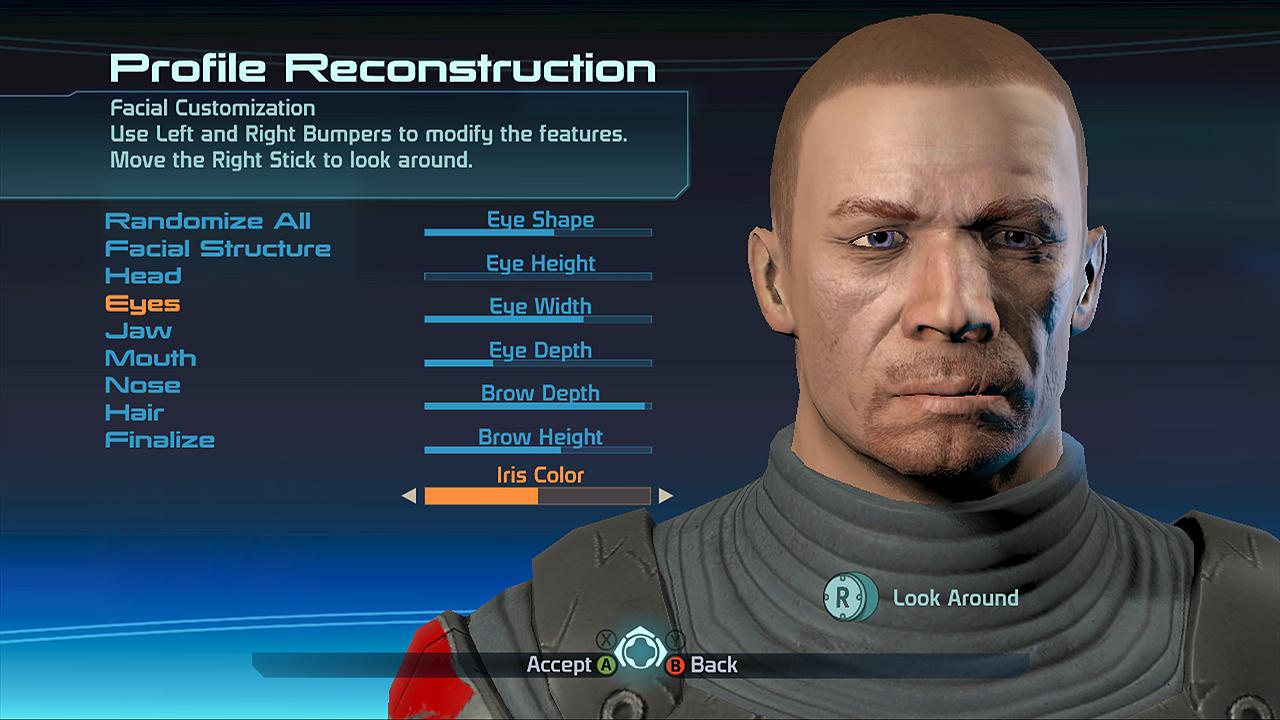 Yeah, does anyone know what Shepard actually looks like? God, it’s going to be Chris O’Donnell isn’t it?

Who’s Making It: The movie is in the very earliest stages of development, with no one attached to write, direct or star. But the rights have been optioned by producer Avi Arad who has produced every superhero movie ever made. Literally.

Why It Could Work: You’re working with the possibly one of the most in depth video game universes ever created, and the original game had one hell of a script.

Why It’s Ultimately a Bad Idea: A million reasons. First, Mass Effect already has a more compelling narrative than 95% of the movies that come out in a given year; it’s almost insulting to think that it needs to be turned into something else.

Also, Mass Effect is all about the choices the player makes along the way, you can play the game as a noble hero or as a morally bankrupt hardass, it’s your call. There were multiple endings for the game based on these decisions, and the movie would have to pick one unless they wanted to get the audience to vote via remote control on how things turn out as the film progresse.

Lastly, there’s no lead character. Sure, there’s “Commander Shepard,” but in the three times I played through the game Shepard was an insanely cruel blonde chick, a heroic, overly nice Asian dude, and an emotionally and physically scarred white guy, all thanks to the game’s fantastic character creator. What the hell would the studio do about that? 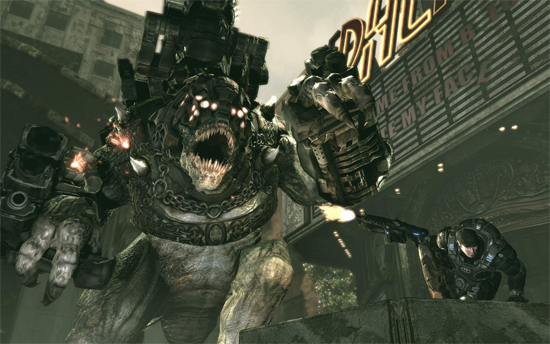 Will this really be anything more than just a really long cutscene?

Who’s Making It: New Line and Legendary Pictures with Len Wiseman directing. He did both Underworlds and the latest Die Hard bastardization.

Why It Could Work: Gears has a halfway decent mythology behind it, and everyone likes buff guys shooting aliens right?

Why It’s Ultimately a Bad Idea: Despite Gears creator Cliff Bleszinski wishing they would cast Clive Owen as Marcus Fenix, it ain’t gonna happen. The movie will probably be full of wrestlers and TV actors, and if they stoop to CGI locusts instead of springing for a Lord of the Rings makeup job, it’ll look absolutely horrendous a-la-I Am Legend

Unless this thing is shot with Children of Men-type cinematography, it’s just going to be another crappy video game movie adaptation, like 99% of the others. And don’t forget we’re in the character depth kiddie pool here. Each Delta squad member has one angle: Baird – complaining his ass off, Cole – trash talking while using sports metaphors, Dom – pining for his wife, Marcus – yelling like Jack Bauer. It’s not exactly Band of Brothers. 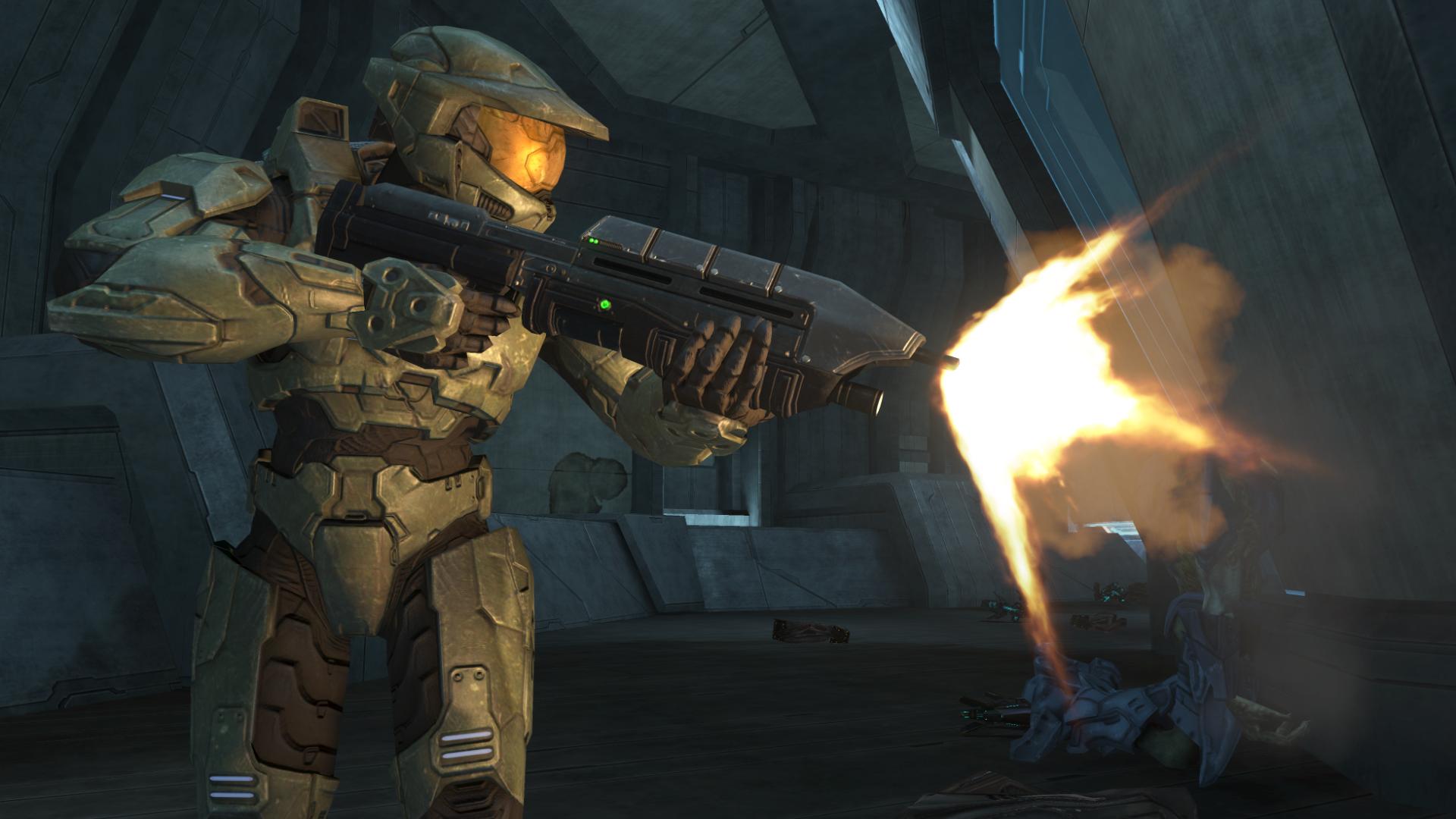 It could be Christian Slater under there for all we know.

Who’s Making It: The original Peter Jackson project was axed, but it’s been said that the Halo film will see the light of day yet again thanks to a new script from Pirates scribe Stuart Beattie.

Why It Could Work: This movie would make 200 million dollars even if it was Master Chief using a space port-a-potty for two hours.

Why It’s Ultimately a Bad Idea: I’ll be honest, I think Halo has one of the worst plots of any video game I’ve ever played. That aside, the movie would fail simply on logistics alone because it would need to be 95% CGI and the Covenant and the Flood would just look horrendous on screen.

And let’s not forget that the main hero never shows his face and speaks in a grinding monotone, which might kill audience sympathy a little. I know Master Chief in Halo as “the guy who kills things,” not “the guy who I identify with and want to help him to end this cruel war.” I’d say the most compellingly tragic part of the Halo plot is that Master Chief is in love with a hologram. 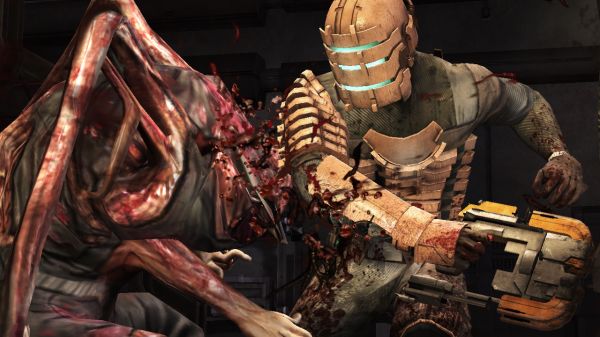 Who’s Making It: Since the game just came out a month or so ago, talks are still in the early stages, but because the game was so awesome, it’s almost for sure happening.

Why It Could Work: Dead Space was scarier than anything I’d seen on film or television since The Ring.

Why It’s Ultimately a Bad Idea: I just keep seeing “Doom, Doom, Doom” flashing in my mind. Yes, because the project is most likely doomed to failure, but mainly because of the Doom movie, which made me fear that dismembering alien demon zombies will never translate well to film.

And though the plot is decent (if not a bit predictable), the whole thing has already been done in a combination of Event Horizon and Aliens. Also, we have the curse of the faceless, and this time voiceless, lead character. You could put a gorilla with its mouth taped shut in that suit and nobody would know the difference. 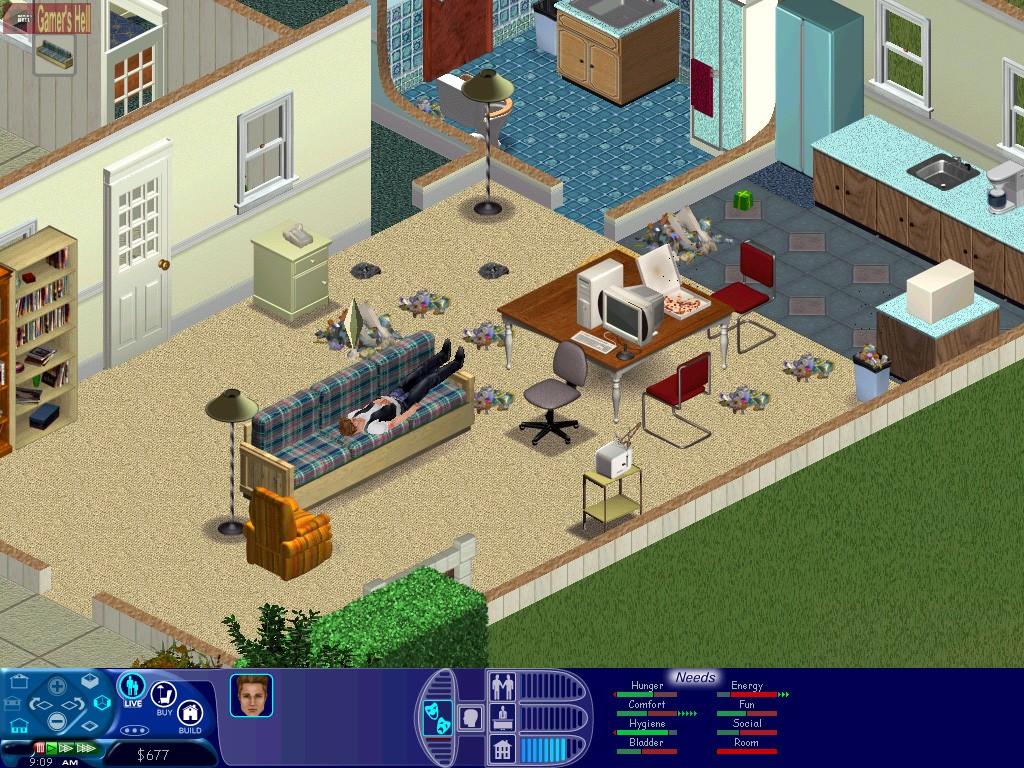 “Will Susan clean up the trash? Will Bill be on time for work? Will Jane take a nap?  Find out in…The Sims!”

Who’s Making It: 20th Century Fox, with a screenplay written by Brian Lynch, who apparently hasn’t ever written anything before. Quite appropriate for a movie with no plot.

Why It Could Work: It can’t.

Why It’s Ultimately a Bad Idea: Where to even start? A Sims movie? Seriously? It would be hard enough to make a movie based on a game with no end or specific objectives, like say World of Warcraft, but at least that movie would have Orcs and Paladins chopping each other to bits. What the hell is going to happen in the Sims movie?

The Sims is famous for being the game to simulate real life, and though I never understood the appeal, a bazillion other people pay more attention to it than their actual life. I suppose they could drag themselves out of their computer chairs to go see a movie about someone just going around flirting with neighbors and buying flatscreen TVs, but really, what are they thinking here?

In conclusion, I’d like to say that there are two upcoming video game movies I am holding out hope for. The first is Gore Verbinski’s Bioshock, where I think the talented director could do amazing things and secondly (sigh) Brett Ratner’s God of War, but only because I’m hoping that Brett Ratner will somehow get thrown off the project (and into a pit of eternal fire) and someone can step in and make a good God of War movie, because it definitely could be done. 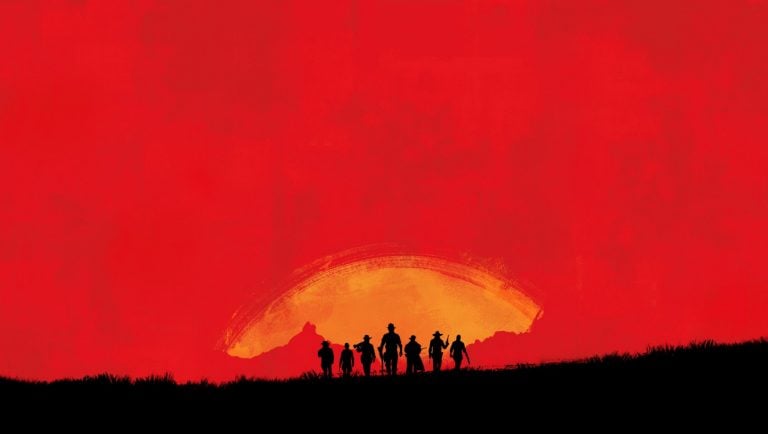