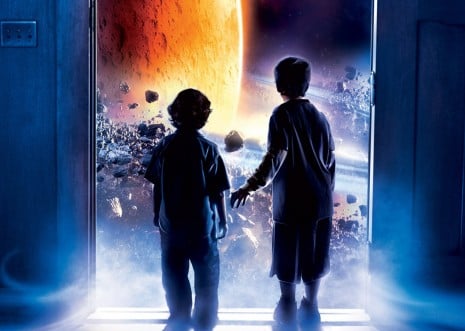 I admit it, guys. Sometimes I can be wrong about this whole movie thing.

No, I’m not talking about that. I’m talking about when I prejudge a movie, assuming it’s going to be somewhere between boring and dreck, and it actually turns out to be something special.

In this age of publicity photos, character posters, trailers, trailers for trailers, internet hype, critic reviews, and everything else that comes before the release of a movie, it’s important to remember that, in the end, the only thing that matters is how you feel when you actually sit down and watch the thing from beginning to end.

Here are five movies that taught me that lesson. 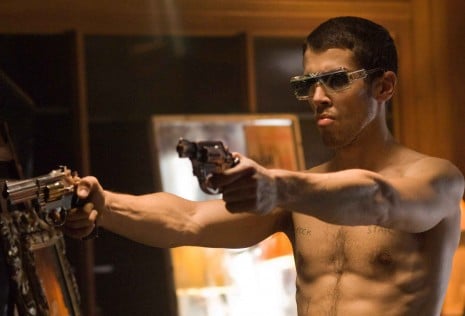 I like Snatch as much as the next guy, but the Guy Ritchie thing had kinda played itself out for me. All of his British gangster movies started to run together for me, and even Sherlock Holmes (which came out later, but I saw it first) had been a mixed bag. When I saw the trailer for RocknRolla, all I really thought was “oh, another one of those.”

Somehow, though, RocknRolla became my favorite film yet from the iconic director. I’m not sure why. It’s not as funny as Snatch, or as fresh as Lock, Stock, or as flat-out entertaining as Sherlock Holmes. Certainly it has a great cast, what with established names like Gerard Butler and Tom Wilkinson and rising stars like Mark Strong and Tom Hardy, but I think the reason I dug it so much is that it’s Ritchie’s most well-balanced movie. It’s funny, violent, confusing, and cool in turn, without ever pushing too hard in any direction. If you missed this when it came out, go give it a chance. If you’re like me, it might be the Guy Ritchie movie you didn’t know you were waiting for.

Cloudy With a Chance of Meatballs 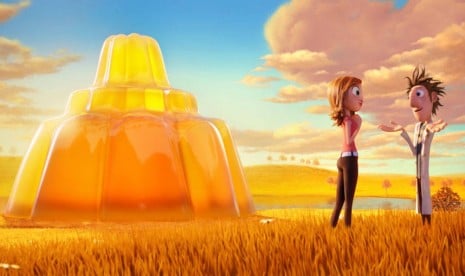 Why would I have been looking forward to this? The entire story is, “Food falls from the sky.” Given how many bad movies get made from children’s books that actually have PLOTS, (Jumanji, The Cat in the Hat, etc), it was hard to imagine this one even being tolerable. Besides, the trailer just made it look like your typical animated comedy cash-in. Based on the theme of this column, you’re probably guessing that I liked it.

I really liked it. Cloudy is a joke-filled kid’s movie, for sure (among other things, it features a talking chimpanzee and flying pizza), but it managed to do two important things. One, it actually pushed the premise of a city subjected to meteorological food attacks further than it was taken in the book. Two, it created fun, relatable characters for the audience to grab onto once the story takes a turn for the bizarre. The nerdy outcast and the unappreciative father are cliches, but somehow in this movie they felt fresh again. Add in some outrageous visual humor and the occasional sharp bit of satire, and you’ve got a delicious family-sized cinematic treat (I’m so sorry). 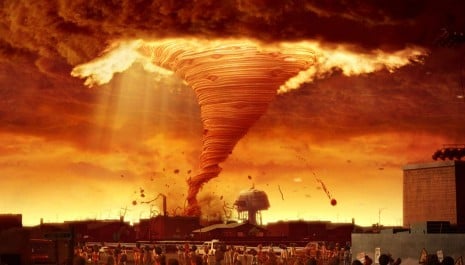 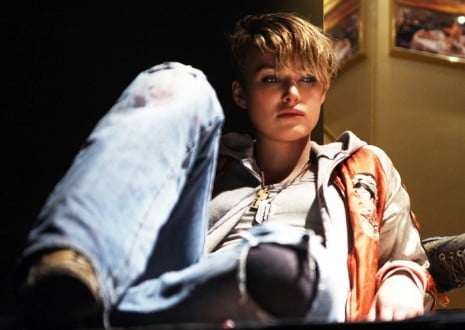 I’m usually not a huge fan of overcooked, herky-jerky action movies. There’s the odd exception to the rule (The Bourne Supremacy, for instance), but by and large I try to avoid them. So when Domino hit the streets, I was already a little hesitant, but the real kicker came when the reviews came in. RottenTomatoes: 19%. Ouch. Pass.

Imagine my surprise when I wound up not only watching this movie, but liking it. Far from the plotless noise I was expecting, Domino turned out to be so complicated that the movie actually brings up charts a couple of times to explain who everybody is. Keira Knightley owns as the title character (the polar opposite of Pride & Prejudice’s Elizabeth Bennet, who she played the same year). Even the sun-seared visual style fits, since a story as crazy as supermodel-turned-bounty hunter Domino Harvey’s deserves an equally insane movie. Screw the RottenTomatoes rating; this is the kind of flick that should make critics say things like “Buckle up!” 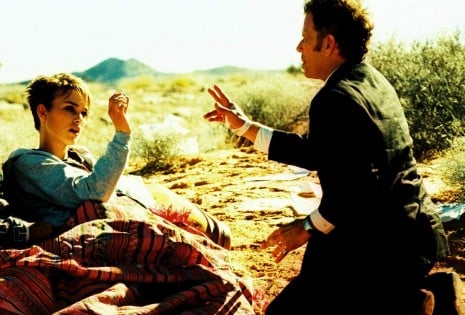 And then, Tom Waits! What more do you need?

(click for full amazing size) What would the most badass creature on the planet be, if it could combine the real and the fictional? I have a few I could picture, but a Xenomorph T-Rex…

by Laura Aguirre Will Smith might just be the biggest movie star there is. He’s also probably the loudest movie star on the face of the planet. Yup, when Big Willie gets excited, he ain’t…

There have been some pretty spectacular laser gun battles depicted on film over the years, and the gang at WatchMojo is back with another video to examine some of them.

Everyone gets those piles of yellow/brown snow outside their house after a million cars and snow plows drive by. You wouldn’t think to sculpt it into something, but what else would brown smelly sludgy snow…

It’s been a “it’s probably going to happen” rumor for a while now, but according to Kiefer Sutherland, a 24 movie is going forward at last, and it’s set to start shooting this April. For…

(click to enlarge) Movie adaptations of video games almost never turn out remotely well, and if I’m being honest, I don’t think a theoretical Left 4 Dead movie would be the one to break that…