On my left hand, nestled right next to my wedding band, I wear a replica of the One Ring. I have for years. That’s right. Just like the one Frodo chucked into Mount Doom. Well, to be fair, he was supposed to chuck it anyway.

It gets noticed from time to time. Co-workers, friends, and even family have commented on it. Last week, the check-out girl at Barnes & Noble saw it, and she asked if I were a fan of The Lord of the Rings.

I said, “You seriously have to ask?”

On weekends, I have any number of shirts inspired by the various ‘lanterns’ of Geoff Johns’ run on Green Lantern (i.e. Red Lantern, Blue Lantern, Orange Lantern, etc.) I might wear out and about. My den is replete with action figures and maquettes representing any number of movie or comic book inspirations. And my family room is adorned with some nifty, high quality art prints representing any number of legendary Westerns I’ve enjoyed over the years, including two great paintings of Wyatt Earp and Doc Holliday.

So, yeah, I get what it means to be a serious fan and to show it. I don’t think I’m loud or obnoxious about it in any way, but – possibly like you – I like what I like, and I’m not afraid to show it.

What I don’t get, per se, is why you’d want to build a full-scale Millennium Falcon? 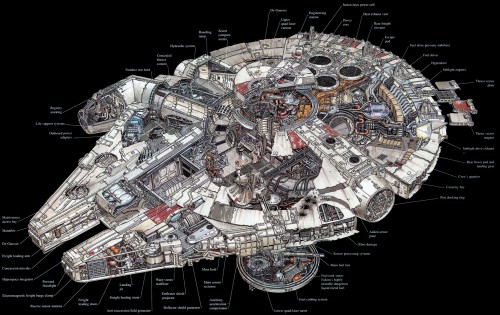 Now before you go all MMA on me, let me be perfectly clear: sure, I get the whole neato-keen factor of it all, of conceiving and planning and executing and actually having the disposable income large enough to build and maintain a Millennium Falcon on private property. Any time you wanted, you could go out and play in the cockpit or the cargo hold; you could have your own sporty little chess tournaments in the waiting area; and you could sponsor some of the coolest photo opportunities this side of Bajor. I get that, but, beyond the neato-keen factor … what else is there?

A number of years back, I had the same attitude toward that European bloke who transformed his whole apartment (er, “flat,” I guess) into a living, breathing, working room that could’a would’a should’a been aboard the Starship Enterprise-D. I mean, yeah, it’ll be all neato-keen for all of six months, but, after that, heck, I just don’t see the ongoing fascination.

I say this as a die-hard Star Wars fan, a consummate fan of DC Comics, and a thoroughly engaged geek of most things science fiction. Like I said, I get the WOW Factor. I do. You only need ask my wife (yes, nerds, I’ve been laid) how jazzed I get every time the new Toy Fair pictures are available on the web. Sure, I raced to be first in line when Star Trek: The Traveling Exhibit came through our major metropolitan area (and I’d do it again). In fact, the late, great Star Trek: The Experience in Las Vegas was a nearly orgasmic experience for me, so I comprehend the whole “wouldn’t it be neat if …” aspect of standing, sitting, and photographing something life-sized and real.

This morning, I stumbled across an article on one of Unreality’s competing websites about a fellow building what I believe was a half-scale Cylon Raider from the original Battlestar Galactica. Now, I loved the late 70’s as much as the next guy or gal close to my age (or older); and, you bet, I experienced every episode of the original BSG as it aired; but why? Why would anyone want to build a nearly full-scale Raider? I mean, it’s not like you’re going to go razing Caprica any time soon. 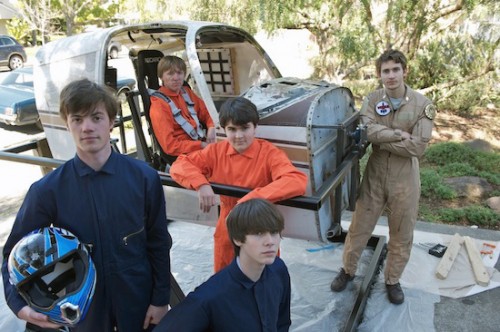 The fan-epic Trekkies showed how a middle-aged father and his son grew closer by converting their truck into an oversized shuttlecraft, and, while I can admire any father/son bonding activity, I still can’t put aside the fact that such an endeavor is going to seriously impact the resale value of the vehicle. And – again I say it only for clarity, I heartily understand how totally cool it is – I can’t help but raise the question why?

What is it about our various fan fascinations or enthusiasms that make us, as fans, want to bring something to life so real, so tangible, that we’d do something like this? It’s that driving inspiration – that all-consuming love that pushes us toward the unimaginable – that I don’t understand.

I ask that question legitimately, and I’m hoping it inspires some honest, thoughtful, and heartfelt responses, if – for no better reason – that I’m downright curious. For example, I’ve collected action figures for over thirty years, and I fully understand why I do it personally. There’s a rush about trying to secure that hard-to-find figure that no drugs or alcohol could ever match. (Take that, Cobain.)  There’s the magic and mystery of holding it in your hand. There’s a certain pride that comes with displaying it and even talking about how much time and effort you spent in finally getting a hold of one. I’ve known folks who feel the same about baseball cards and Hot Wheels and even stamps and coins, and that’s an interest I fully realize. It makes sense. I can put it together in such a way in my mind that it’s very real and relatable to me. 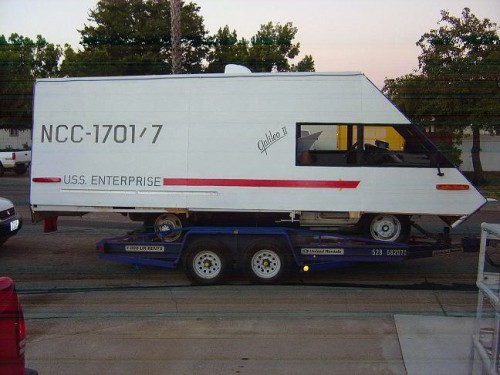 But building a full-scale spaceship?  Really?

I mean – won’t that eventually get in the way?

Sound off, ladies and gentlemen. I ask you to help me understand this singular enthrallment of fandom.

I never thought I’d be mentioning the word “Reebok” on this site, as it’s a brand I haven’t thought of since their shoes proved too wide for me when I was six. And every year…

If “all the world’s a stage,” then I’d see it happily filled with spaceships, battlebots, and rayguns, because all the world loves science fiction.  And Unreality readers are no different!  In fact, one could argue… 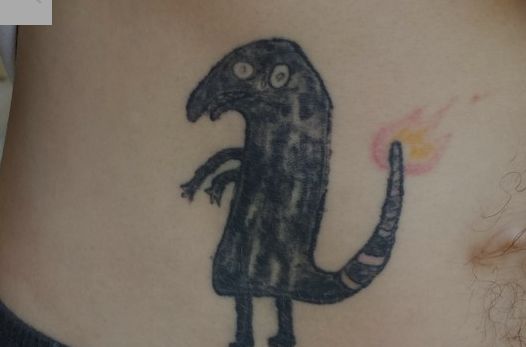 What we can only assume was something done in a complete drunken and medicated stupor, a friend of redditor yllwsnow2 made the spontaneous and well-considered decision to give himself what many consider to be the…

Can someone explain to me what happens in old age?  Do women not see colors correctly?  Do they have to be so off as to make my eyes bleed when I look at them?  The…

Dan LuVisi just seems to be everywhere I turn now, and the man just keeps cranking out nightmare inducing pieces. It seems to be his goal to warp and deform as many of our childhood…

In this first map image you’ll see that Redditor bmach shared it on the r/minecraft subreddit yesterday.   He wanted to show what it looked like after four years’ worth of building and terraforming (using a…