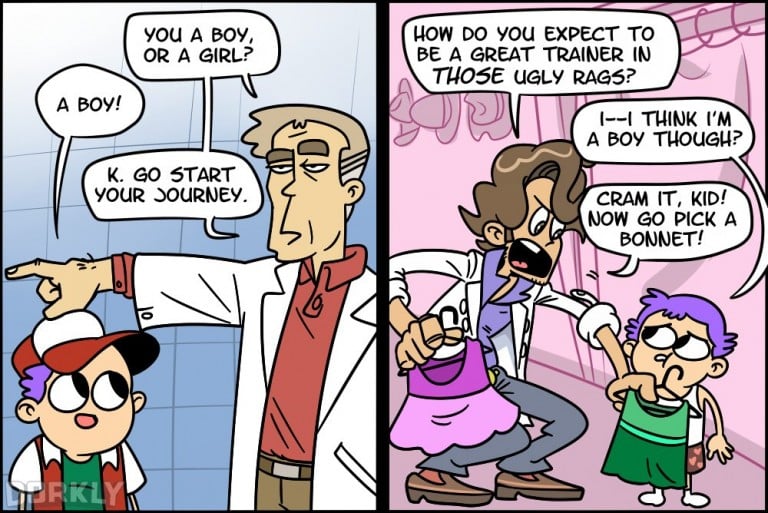 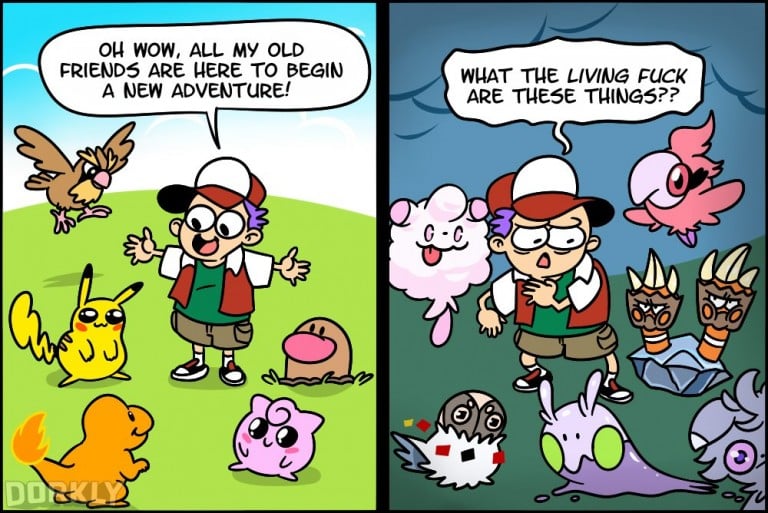 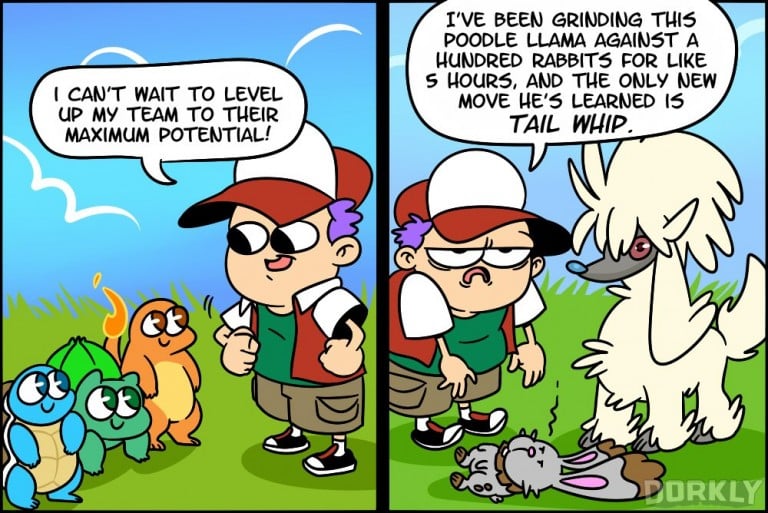 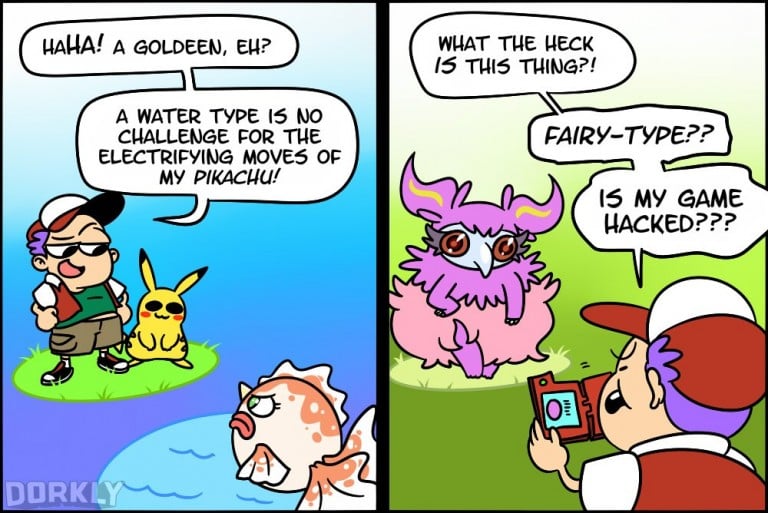 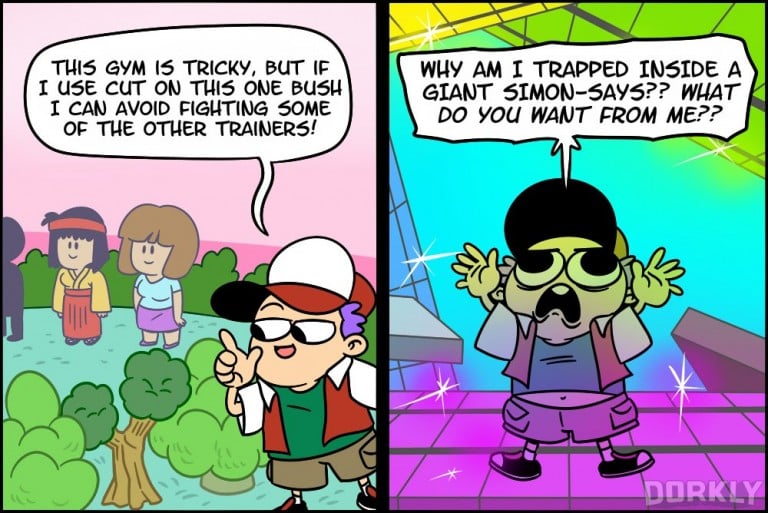 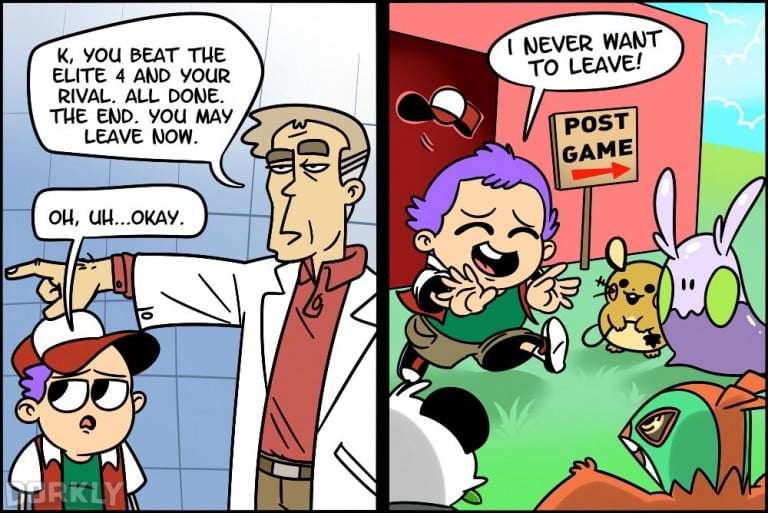 Expectation: I’ll train my Pidgey to become a Pidgeotto and then a Pidgeot! Reality: So, this Pokémon evolves only if I train it in a certain area at certain time while holding a rare item? And our friendship needs to be high too?!

P.S. – I’ll never forget picking up White Version when it came out. I stopped playing after Silver, but when I heard they were basically starting over with those ones I had to give it a shot. Only being able to catch the new pokemon until the post-game really did make it feel like the first time playing all over again and it continues to be one of my best gaming experiences. That said, White 2 was better. Pokemon World Tournament is best post-game content.