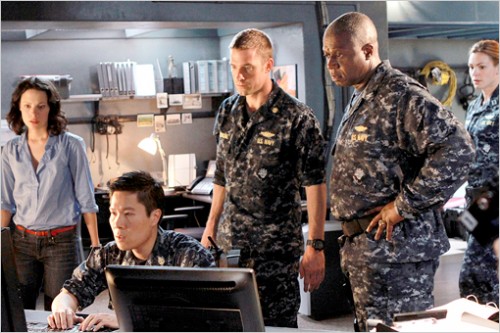 I just read a rather interesting article over at THR which asks a simple question, though one that hasn’t really been asked before.

What if a network promised to air a full season of a show before cancelling it?

“Yes. Make them a promise. I know that in this town, promises are basically lies told through handshakes or back-slaps, but in the real world you’ll have to stick to it. And really, what’s the harm in that? You paid for it. The costs are sunk and you’re going to eat them anyway and then burn off the damned show in the summer, so why not roll the dice and discover what could very well be true: If viewers know you’re not going to waste their time, they will be more interested in watching and more patient when they do.”

The idea is that if viewers know a show isn’t going anywhere, they’ll be more likely to tune in and give it a chance. This is what cable does, and it’s supposedly how we have all our great serialized dramas.

I can see the advantages, but I disagree with the central premise. I don’t think the primary reason people don’t tune in to new shows isn’t because they fear the show will get canceled. I have personally said I’m worried about getting into a new show not because I fear it might be suddenly killed, but that I’ll slowly discover that…it’s not actually a good show.

Now of course we can all say “if they starting doing this ten years ago, we’d still have Arrested Development and Firefly on the air.” Yeah that’s great, but hindsight is 20/20. Networks would be taking a huge gamble by paying for an entire 20+ episode season of a show banking on the fact that it will be as good as its first few episodes.

I don’t know, I’m not sure I buy this concept, as good as it may sound on the surface. What do you think?