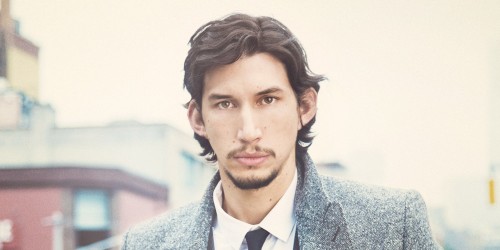 Star Wars Episode VII is getting dangerously close to its first bit of real casting news as Girls’ Adam Driver is apparently about to sign on to play a villain in the film. In a role that Michael Fassbender and Hugo Weaving were being considered for, the younger actor (at 30) is almost ready to sign on the dotted line, provided he can work out scheduling conflicts with Girls. And since this is Star Wars, I assume he’ll manage to make it work.

It’s certainly an unexpected turn, even if the actor was rumored for a part for a while now. That he’d actually land it after being so untested? It seems odd on the surface, but I’m sort of excited to see what he can do. He’s a creepy weirdo on Girls, and if it’s an act, it’s a good one, and I’m curious to see what else he’s capable of. I heard he was in Inside Lleywn Davis, but I haven’t see that yet.

As for his appearance? He’s tall and rarely wears a shirt on Girls, but doesn’t exactly have what you’d call “leading man looks.” Since he’s playing a villain, and nearly all Star Wars villains wear helmets, face paint or prosthetics (or some mix of the three), I’d be amazed if his actual face makes it to the screen. Not to insult him, it’s just not how Star Wars has worked in the past.

I think it’s an interesting choice and honestly, a more exciting one that Hugo Weaving or Fassbender. Weaving is practically typecast in the villain role now, and though Fassbender is amazing and was great as a baddie in X-Men, I think it’s kind of cool to turn to someone unexpected for a role like this (and this isn’t to say there’s going to be only one villain in this movie, so who knows). I like casting relatively unknown or untested actors in roles like this, which is what happened in the original Star Wars. I don’t mind the idea that seemingly weird choices like Jesse Plemons and Zac Efron are testing to be Skywalker/Solo Jr. potentially. Casting like this could be crazy enough to work, given that the writing is good enough.