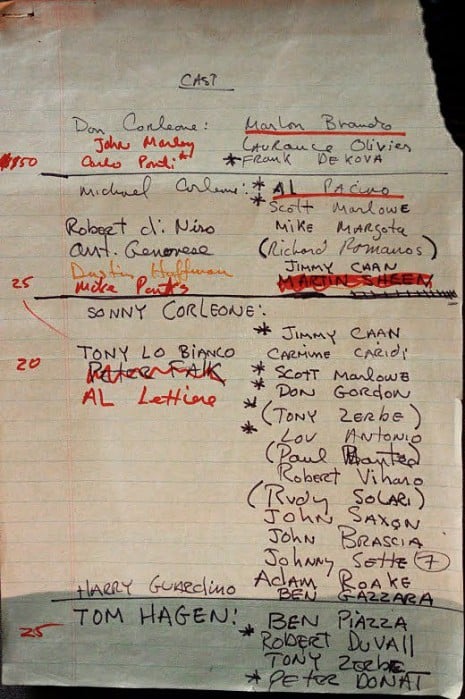 Here’s a rather interesting piece of film history that may or may not be forged. It’s purported to be the casting list for the original Godfather as Francis Ford Coppola attempted to figure out who would be right for the part.

All the actors who finally got the roles are on here, but it’s interesting to see what could have been. Lawrence Olivier as Don Corleone? Amazing. Martin Sheen as Michael? Columbo as Sonny? Now that’s just silly.

Poor Scott Marlowe, he was up for both Michael and Sonny, yet got neither. Looking up his IMDB, he had to be content with being a character actor for fifty years. 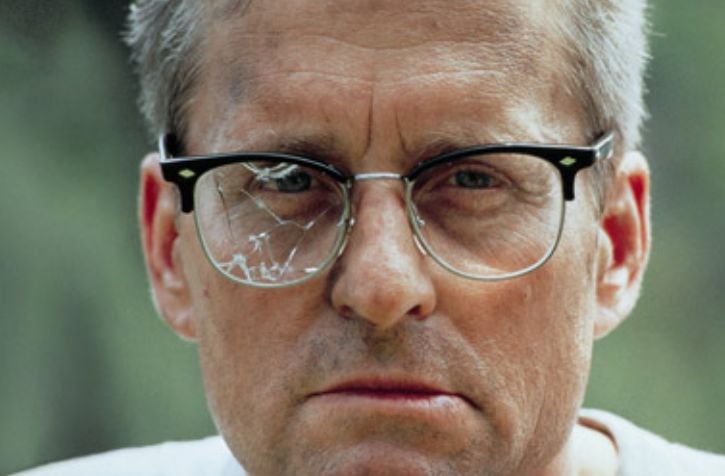