Home
Television
Clear your DVR, TV is BACK!
Prev Article Next Article

I’m glad summer is over. Fall is clearly the superior season because of all the great things it has in store for us. Things such as Football (the American kind), Halloween, bbq’s, leaves changing colors, the ability to wear jeans again, Thanksgiving, and last but not least our beloved TV shows return. Not only do we get to pick up where we left off with our favorite characters, but we’re also given new shows to watch to see if they can earn a coveted spot on our DVRs.

This past Monday night was a big evening for television lovers. An Emmy winner and a headless horseman came back to our living rooms while three new shows debuted which turned my social media feed into a mini review thread. A pretty big night that many had been eagerly waiting for. What’s awesome is that there is plenty more to come in the next few weeks with even more new shows and more returning favorites!

Forever, Gotham and Scorpion were the big three last night hoping to out do one another. Forever is the show about a man who is over 200 years old looking to figure out a way to stop himself from being immortal. Interesting enough plot if you ask me, at least one that I’ve not seen play out on television before. Next up Gotham, the one about Batman errr Jim Gordon. For those of you living under a rock, Jim Gordon is the detective and future commissioner of the Gotham City Police. Finally Scorpion debuted alongside the others using the tagline of “inspired by the true story” to help sell it. I for one can’t stand Katherine McPhee as an actress, but that’s just me. So which one did you que up on your DVR? Which one did you watch live? Obviously we can all assume which one would actually beat out the other two in viewings alone.

Ok ok, so it’s week 3 of the NFL but still, it’s great to have Monday Night Football back! I know not everyone is down for watching a late night game of football especially at the beginning of the work week – but I love it. Though this time around, football had to compete with one of my favorite comedy shows, the Big Bang Theory. Now, Monday has not always been the Big Bang Theory night and I know that haters are gonna hate on the Big Bang all they want. But for me, I’m pretty sure that every episode has made me chuckle at least a few times and I consider that to be solid in terms of television comedies. To top it off, Penny cut her hair!? Consider me about as shocked as Sheldon was when he found out. I also should note that Sleepy Hollow made it’s triumphant return but it’s a show I’ve not watched yet. Could anyone care to leave a comment and let me know if it’s worth my time? It definitely seems up my alley but I’ve also got quite the list started this season and with kid number 2 on the way I doubt that I’ll find a lot of time to fit in the extras.

Again, Fall means that I’m looking forward to TV in general, but much to my surprise what I’m really looking forward to out of everything is DC’s lineup. The talk about whether or not DC can pull of a movie franchise like Marvel has and whether or not Marvel can pull off a television show like DC can has been played out. I’m excited solely because I’m a comic book lover and I can’t wait for these shows to start up this season. We’ve got the ever popular Arrow coming back after a strong second season that actually ended on a fairly good note. The Oliver/Felicity romance seems to be heading somewhere finally. (I would prefer it go somewhere with them being together because it brings a twist to the comics, allows for something new, and gives Oliver to have much more at stake … oh and I will also make mention that I’m a fan of the way these two talents interact – their chemistry is undeniable) We get to see if Thea will follow in daddy’s footsteps. Arsenal will also be given his outfit and show off his ability to battle alongside Oliver. Oh, and let’s not forget the Black Canary situation and whether or not that’s all going to pan out … oh yes – so much to look forward to!

Next up is the show that has everything to thank in part because of Arrow’s success – the Flash. Now I’ve gone and looked at the old show, and boy do I hope it doesn’t turn out to be like that. What’s going to be interesting about this series is seeing how they handle “meta” humans and if they will mesh with the world that Arrow has set up. Granted it’s not Starling City (cough* Star City *cough), but the fact that Barry talks to Oliver on more than one occasion and there are plenty of glimpses that show Felicity making trips to Star Labs we can safely assume that some of these special characters are going to pour over into Arrow’s universe. I’m for it – I just hope they handle with care.

Finally we have Constantine, the dark horse of this year’s new television series debuting this fall. Now for whatever reason the movie Constantine didn’t fare well with the critics and comic book lovers alike – but I for one could make an entire post in the defense of it. But I guess I’ll store that away for another time. I will say that this guy, Matt Ryan, definitely looks the part far better than they allowed Keanu to. Which dramatically helps sell comic book fans I’m sure. Let’s just hope that they keep the edge and mood that Constantine’s material brings at the forefront and they don’t tone it down for television.

So what TV shows are you looking most forward to this fall? Do you think any of them will make it past season 1? I’d love to hear from the Unrealtors about shows that I might not have even heard of yet. I’m always open to watching the first season of a series and giving it a shot. I’ve got my DVR ready – do you? 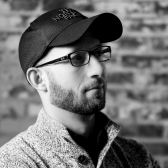