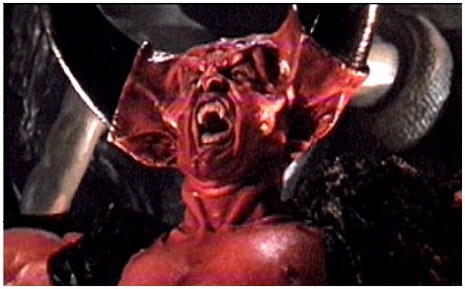 Most horror movies seem to only be good in sections. They might have a particularly gripping beginning, but the middle may lose some steam. Or it may begin slow but have a stellar ending that blows your mind. Or there might be a great villain stuck inside a terrible movie where they never quite get to meet their potential as a twisted character. After much time spent with horror films, I began to mentally cut and paste certain movie parts together, ultimately assembling what would probably end up being the greatest horror film ever made. The trick is to learn from the scenes that worked, put the strongest intros with the most mind-blowing conclusions and so forth. This list will shed some light on the Frankenstein’s monster I assembled and hopefully some future horror filmmakers will read this and take an idea or two from it.

For the beginning of the movie, I would have to go with a split choice between 28 Weeks Later and The Descent.

Whether or not people liked all of 28 Weeks Later is not important, what is undeniable, though, is that it is an incredibly intense and also, somewhat devastating opening to a film. It jumps right in and does not give us a chance to catch our breath. Leaves us breathless right out of the box. 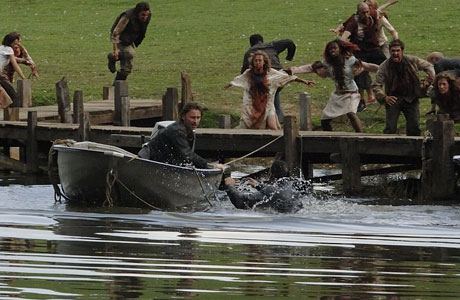 This scene should come with  Xanax.

In short: Give us a great scare and a great loss right away. Let us know nothing is sacred. Grab us by our lapels and don’t let go. Bonus points if the intro scene can cause an asthmatic who is watching it to grab their inhaler.

When being introduced to the character or characters who are going to be with us through most of the journey, it is important that it is an effective introduction and one that sets the tone for their personality, but also sets the tone for our relationship with that character for the rest of the film.

A movie remarkable for incredibly good character introductions to characters, both good and evil, is Silence of the Lambs. The introduction to Clarice feels organic and natural. It does not show the superwoman she will grow in to over the course of the film, but it does HINT at it, which is nice. Also worth noting is the introductions to both Hannibal Lecter and Buffalo Bill. Both characters are terrifying for strikingly different reasons, and the minute you see either of them on screen they demand all of your attention, justifiably so.

Three characters, three extremes, but all introduced to us as the viewer in flawless fashion.

This one was quite simple, actually. Javier Bardem in No Country for Old Men.

While it may not be a horror film, one cannot argue that the character he portrays is simply horrifying.  That is easily one of the most intense and effective character introductions put to film in the last twenty years. Everything about this man stinks of death, and you know it right away.

There is a look in his eyes when he is choking that cop out that sits with me to this day. He is doing it because he has to, but he is also doing it because he is good at it. The real chill comes from the fact that about halfway through the scene, you can see in his eyes that he is ENJOYING IT. For the rest of the film, whenever you see the man, you feel a cold shudder down your spine.

I won’t even talk about the coin flipping scene at the store. That seen is so tense that it can induce panic attacks. 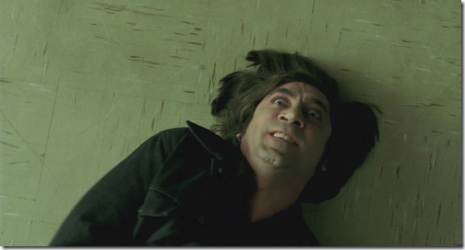 That is the ‘I MIGHT have an erection from killing this guy’ face.

In short: Initially paint vastly different portraits of your protagonist and antagonist, even if they are eerily similar. When introducing antagonist, present it in such a way that the tension is palpable for everyone in the audience.

Make it so we do not just fear for the characters on screen, we fear for ourselves, even if it is on a subconscious level. It does not hurt if you can have a nice allegory of bad guy in black and good guy in white, even if white means police and black means a cell. Also, make us LIKE the protagonist. Many directors forget that if we do not LIKE your characters, we do not care if they live or die, and when that is the case, all the tension and fear and removed for the viewer. When your villain is more likable than your lead, that is counterproductive to what you are attempting.

This one is going to be HIGH TENSION all the way. Yes, we ALL know the ending was a bit of a joke, but once the first kill happens in that movie, the next 60 minutes straight are relentless. There is little dialogue mashed up with scenes of shocking gore, and the end result is a heart rate for the viewer that would probably match the girl on screens.

I remember seeing that movie and feeling almost breathless at the end. But it is the pacing in the middle that is the meat on the bones of that beast. Silent House has an amazing sense of dread throughout and deserves a quick shout out, but that is another one where the ending kills the whole beast.

Anyway, for pacing, the trick is not to let the viewer ever feel comfortable enough to even TRY to catch their breath, and if they do, punch it out of their lungs again. 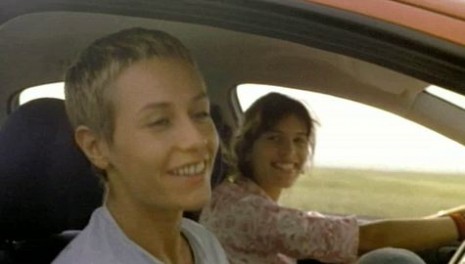 This is literally the only scene in High Tension that doesn’t end blood soaked.

In short: Once you pull us into the true horror of the story, do not let up. If your characters are crouching behind a door or in a closet to avoid someone, we should be holding our breath too, as if the character on screen could hear us and WE could give away the person’s location.

The sense of dread needs to start immediately at your first scare, and it just can’t let up from there until your resolution. It is nice to lull people into a false sense of peace for a few moments just to snatch that away from them, too.

This one is incredibly easy, too. FUNNY GAMES, hands down. You watch that film feeling like you are tied up on the couch with that family, and seeing what they are forced to endure at the hands of those two boys is not just chilling, it is hopeless and infuriating. All you want to do is climb in the screen and kill them. All you want to do is stop their madness, but you know you can’t. You are met with a hopelessness while watching that film that no other movie has yet to duplicate in me, emotionally.

And then they turn to the TV and talk to YOU. I felt so dirty. What is even worse is, everything they say when they talk to you and break the fourth wall is true and it is exactly why you were watching the film in the first place. Oh, and don’t bother with rewinding or fast forwarding the film. They have a clicker, too. And they’ll take care of it for you, just when you want them to the least. Audience manipulation at its finest.

Now understand, I am NOT telling directors to mimic the scenes or characters from this film. Frankly, at this point, if another director even TRIED to do reach the level that is achieved here, they would most likely go down in flames in the process. But take the persistent sociopathic nature of the criminals, and their unflinching ability to summon rage in the viewer like few other can in the genre. Adopt that to your film for your antagonist and you cannot lose.

And if all of that is just too much to deal with, just have the devil from the movie Legend as your bad guy. That thing is pretty much the scariest thing ever made, and it wasn’t even made for a horror film. Giant Satans played by Tim Curry can seemingly never fail, so go that route if you have to. No one would fault you for it. And I, for one, would love it! 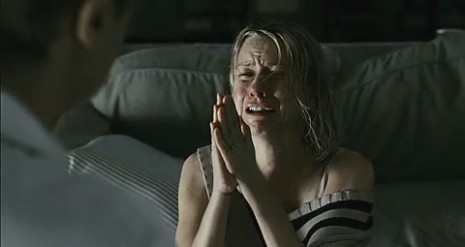 The scene when he makes her pray is  one of three scenes in that movie that broke my soul.

In short: Whether it is mindless killers or mutant creatures it matters little, the director needs to let us know the antagonist has no concern for the outcome of others and that they, themselves, are razor-point-dangerous.

The more manipulative to a situation they can be the better. Show us that the odds are stacked GREATLY against the protagonists, but make us route for their success all the way through anyway. Or just cast a giant devil.

Let’s face it.  Movie Stoner lists have been made until our eyes will bleed.  Hell we made a pretty awesome list.   And when you really think about it, for the most part, movie stoners are…

Now that the last installment of Harry Potter is in the theaters I feel like time might be running out to do fun posts about the movie.   Well, time is running out to parody the… 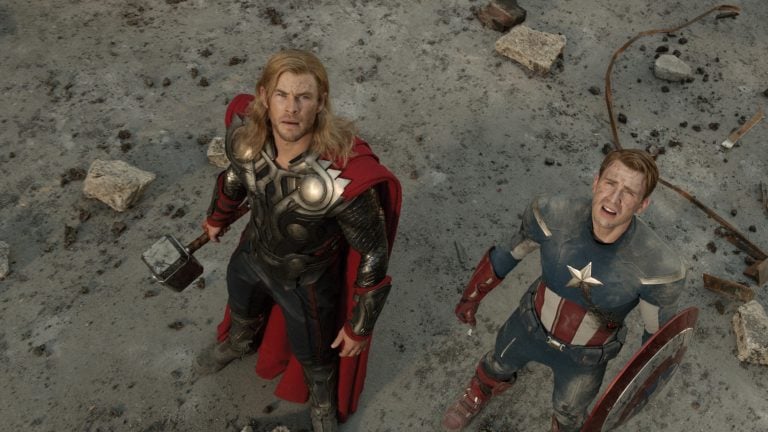 Comic books have inspired movies for many years and seem to be increasing in popularity. The largest comic companies, Marvel and DC, have seen many of their comics be adapted not only for the big…

One of the lessons I took away from watching In A World…, the directorial debut of the supremely talented Lake Bell, is that stakes can be anything, as long as they matter.  Hell, there was…

(click to enlarge) Well here’s a game that I would pay an obscene amount of money to make a reality. Where’s the Kickstarter page damnit? But sadly, this side-scrolling Shawn of the Dead beat-em-up in…