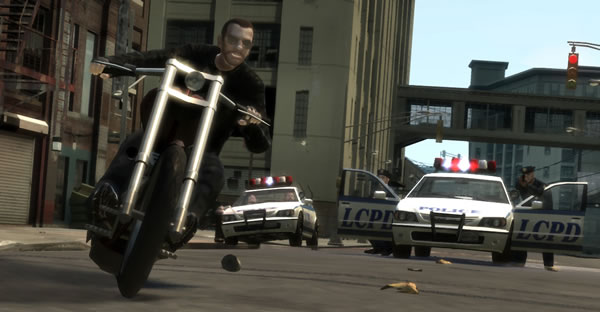 There were many great games in 2008, but in this feature we break down how to make them all a little bit better for the next go -round. This week we have what many have called the game of the year, Grand Theft Auto IV, which was an unparalleled open-worlder and arguably a storytelling masterpiece. But was it perfect? Oh no.

Here are five ways to improve for GTA V in 2015, or however long it takes to develop a mammoth game like this. 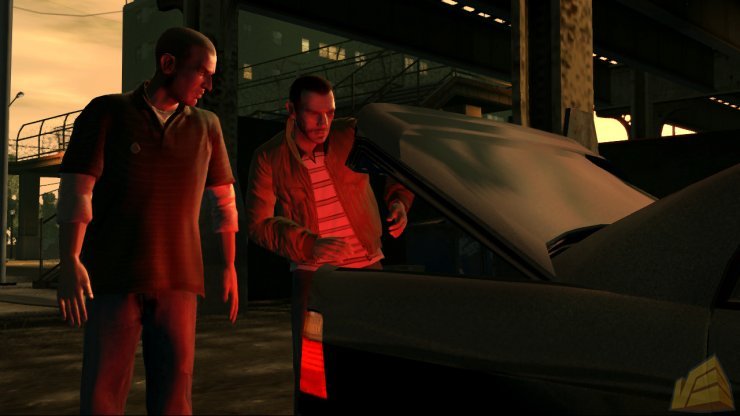 Because the only male bonding activity in GTA should be where to dump the body you have in your trunk.

Look, going on dates in Grand Theft Auto has always been bad enough, but at least after those were over you got to hear some virtual sounds of pleasure, or possibly more than that depending on your computer modification skills.

But in GTA IV, you now had to go on “man-dates” as well, and thanks to you’re new handy cell phone, you had your cousin, you’re-steroid abusing buddy and your gun dealer calling you up to go play @#$% darts right as you’re about to blow up a cruise ship full of Soviets. No more, let boys be boys and either kill each other or go play darts alone. 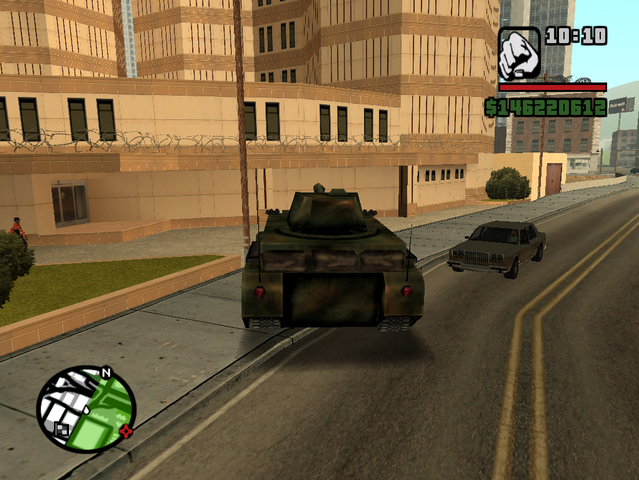 You’ll have to get four semi-trucks to push me into a lake to stop this spree.

What’s the point of getting to a six-star wanted level if you can’t end it by smacking your Infernus into the belly of the Rhino? Worse yet, what’s the point of a Grand Theft Auto game if you can’t up-down-left-right a tank from the heavens which you promptly use to level several city blocks until you accidentally get it stuck on a staircase?

At least give use an Apache, an armored Humvee or a damn Segway with a pistol taped to it. We need combat vehicles! 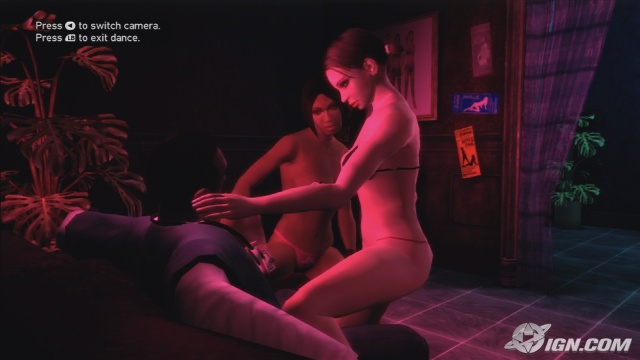 And if you owned the place, you could ban pasties!

After playing Fable 2 for the last twenty or so hours, I’ve realized that I really like the feeling of owning a bunch of buildings, and getting paid every so often for doing absolutely nothing. Previous GTA iterations had this feature, but for some reason they did away with it for IV.

Sure you can own some different places to crash, but you’re far from ever becoming a legitimate businessman. Let us buy a diner, a strip club, hell if we work hard enough even a hotel or a financial center. There should be some other reward for succeeding at the game other than staying alive and owning 2,000 rounds of M-16 ammunition.

4. More weapons, and a better way to select them. 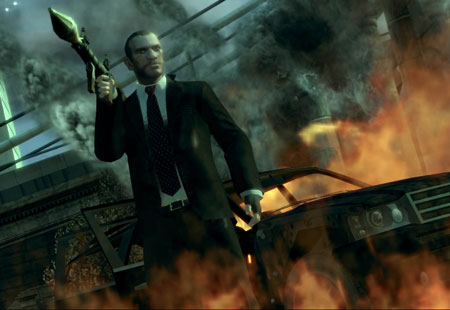 I did like the combat system in GTA IV better than previous version, but the weapons system is still broken. I don’t quite understand why players have always been limited to one “style” of weapon in each slot. What if I want an Uzi AND an MP5? And better yet, what if I want to hold them at the same time?

There should be a way to implement double–fisting if the player so feels the desire, and an easier way to switch between weapons other than scrolling through ALL of them would be nice as well.

5. Sometimes it’s OK to have a happy ending 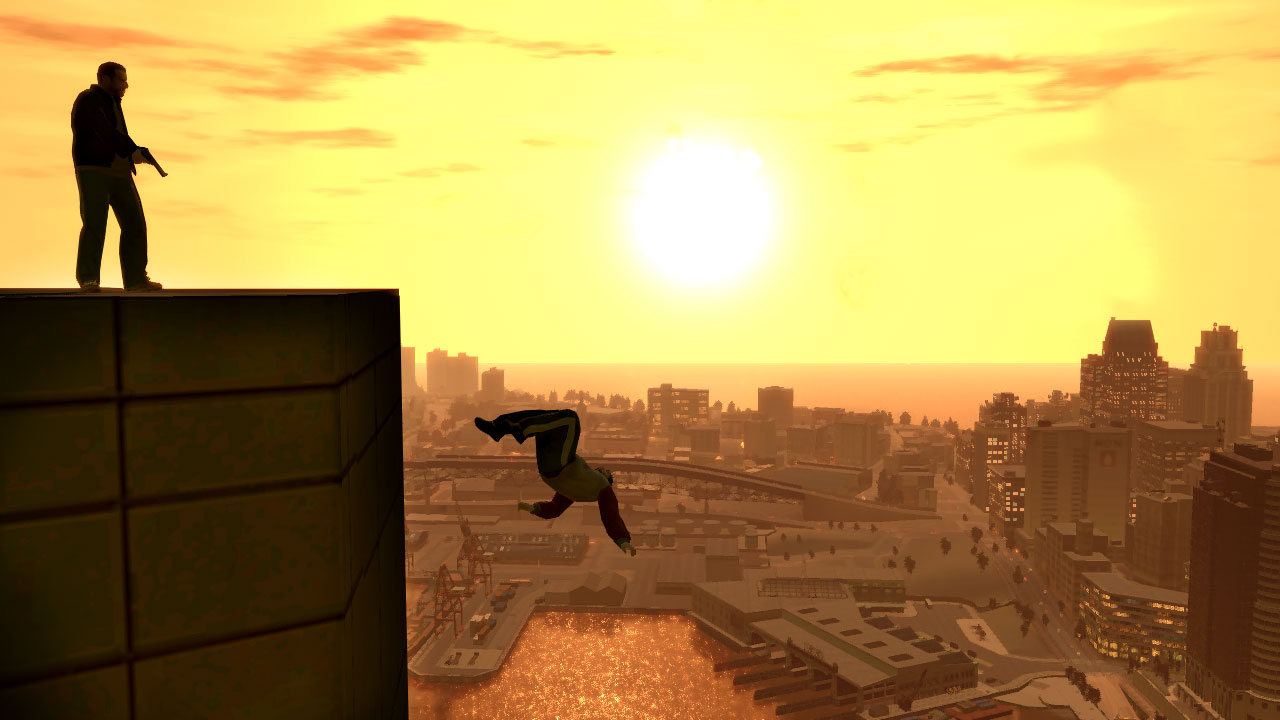 Alright how about I just kill him and NO ONE comes to seek revenge?

Life is pain. That’s the fundamental message behind Grand Theft Auto IV. The game is all about moral choices and redemption, but the ending is all doom and gloom. Let’s say despite the fact I’ve killed about 200 of Liberty City’s finest to get to this point, I’ve decided to not take revenge on the man who betrayed me. Well, then he’s going to come and kill my cousin at his wedding. Awesome.

So what if I re-load the game and go stick my shotgun up his ass on his boat, then we should be in the clear right? No, then the mafia gets mad I didn’t do my job right and they come and kill my new girlfriend at my cousin’s wedding

Dear Lord, would it kill Rockstar to present some sort of path to righteousness? Sure make it a difficult road to get there, but at least make it possible.

(click to enlarge) Yes, yes, it’s cool to hate tumblr because that’s where all the hipsters hang out (see the irony in that statement?), but every so often it produces greatness. GingerHaze is my new…

httpv://www.youtube.com/watch?v=zE322LKw9qo&feature=player_embedded I may not be a PC gamer outside of my epic losing streaks of Starcraft 2 and League of Legends, but I do respect the community for their ability to be insanely creative when…

Hosting your own party to celebrate the release of Pokemon X and Y? Well, where the hell is my invitation? In any case, I’ve at least located a list of drinks you can make, inspired…

I promise I’m starting to run out of Portal content to post, but you guys seem to like it more than Pokemon, because I haven’t heard any complaints. But today’s picture is absolutely worthwhile, as it’s an adorable…

Words can’t exactly explain how excited I am for Borderlands 2, out next week. The original is one of my favorite of all times, a game that allowed split screen co-op in an age where…

(click for full size) Riot Games has a habit of doing cool stuff with their fans, and with 32 million players a month, they sure have a hell of a lot of them. Above and…