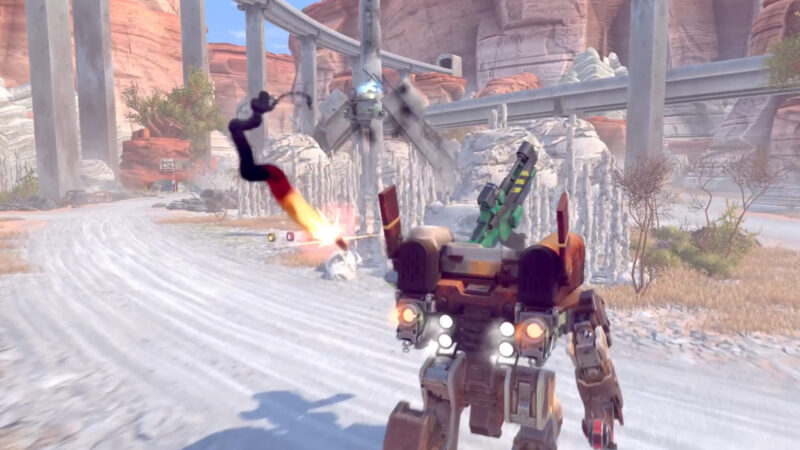 Bounty Star is a third-person farming simulator that is also an action game in many regards. Players will be controlling an ex-soldier named Clem who is trying to survive out in the wilderness. She resides in a part of a war-torn part of the American Southwest known as “The Red Expanse.” Being an ace mech pilot, Clem will need to obtain redemption from her dicey past by lending her skills for the betterment of humankind. This game offers a little bit of everything. Being both an action game and a land management simulator, gamers will be free to dabble in many features. The mech that players will be piloting is known as the “Desert Raptor MkII.” It’s a state-of-the-art war machine that can hold its own on any battlefield. Of course, there is always room for improvement, giving gamers ample opportunity to customize it to their whim.

The combat in Bounty Star is real-time, complete with melee combos, firepower, and flashy specials. The mech will be nimble, powerful, and wrought with destructive surprises. Not to mention, it will also come with upgradable abilities. This game will certainly give players a lot of content to juggle. The world is dense, dangerous, and destructive. For income, Clem acts as a bounty hunter, who does freelance work for the remnant factions of the government. Hence, players will be free to wander the Red Expanse and pursue targets in any way they best see fit. This will solely be a single-player game, with copious amounts of content to dig into. Even though this game is still under heavy development, there will certainly be more surprises incoming. Even though the idea of ‘mech battles’ isn’t something entirely new, there is some freshness to this IP. Something that’s reflective of real-world situations, that’s also peppered with sci-fi elements.

Even though Bounty Star is an action game in many regards, it will also be quite an elaborate building simulator. Clem will need to tend to her garage, mech, crops, water pumps, livestock, and land. Therefore, there will be a constant need for resources to accumulate. This, of course, can be done through the completion of missions and exploring the open world. As the title suggests, players will be taking the role of a bounty hunter. Hence, Clem can travel to any far reaches of the Red Expanse to hunt down any character she decides to lock onto. It is up to the player where to start. There will varying difficulty levels with all the bounties, with some offering more challenging fights than others. In order to win more advanced bounties, it will be essential to upgrade the mech to top form. There will be a number of different ways to do this.

The upgrading feature for the mech is actually quite nuanced. Upgrades come under the category of offensive and defensive, for the most part. The offensive components will come in the guise of melee weapons like swords, axes, and the like. All of which can be utilized in a flurry of combos and bone-crushing moves. Naturally, there will be also new types of guns to unlock. Everything from rapid machine guns to plasma homing projectiles. Thus, Bounty Star also has hydraulic siege weapons to help out with movement and agility. On the defensive side, there are a number of different things to help out with precision. One, in particular, is a large riot shield that can be deployed to block incoming attacks. Meanwhile, there are other facets of the mech that can be adjusted. Like thrusters, to help with dodging attacks. Not to mention a dashing move that can come at varying speeds.

The main goal of Bounty Star is to build up the biggest and most efficient home possible. Therefore, upgrading the homestead will be a constant occurrence in this game. This game is set in almost like a Mad Max dystopian landscape. Water, fuel, tools, and food will be scarce. Gamers will be starting the game off with a quaint garage and a little bit of land. As they progress, they will eventually build everything up into a full-blown ranch. As everything grows, players will be able to unlock more customizations. It appears that this game will be played in the third person. The combat will be real-time, with everything being fast, fluid, and wrought with explosive action. Clem won’t be the only person in the Red Expanse that will have a mech. Other characters will have them, too. Including the bounties themselves.

It is difficult to gauge in what category Bounty Star falls under. It plays much like an open-world action RPG, mixed in with a farming simulator. It is definitely an odd mix, in terms of game design. However, there is no doubt that there is a certain appeal to this kind of concept. There is still a way to go with its development, but a new sci-fi farming simulator can check off a lot of boxes for certain gamers out there. As of right now, this appears to be a single-player game. Of course, things can always change, and some kind of online component could be installed at a later date. Right now, this is just speculation. Given the open world and bounty hunter motif, a multiplayer faction could go a long way. In any case, only time will tell what the developers have in store for this IP.

As of right now, Bounty Star is scheduled to be released sometime next year. Chances are that there will be updates on the development of this game later this year. Whenever it comes out, it will be available for PC. No word on whether or not it will be coming to consoles. There is some potential with Bounty Star and any gamer that is looking for something that has a unique vibe should have it on their wishlist. Hopefully, the developers will showcase a demonstration of its gameplay mechanics in the coming months.

I’ve read stories of people who get so good at racing simulations they’re actually able to race real cars. I’ve never really seen one of them in action before, but this is a redditor’s girlfriend’s…

httpv://youtu.be/O_-DiJazPhA SimCity hits store in a little less than a month, and we’ll be able to zone and plan to our heart’s content. In the meantime, check out this trailer for Robert Rodrgiuez’s Sim City,… 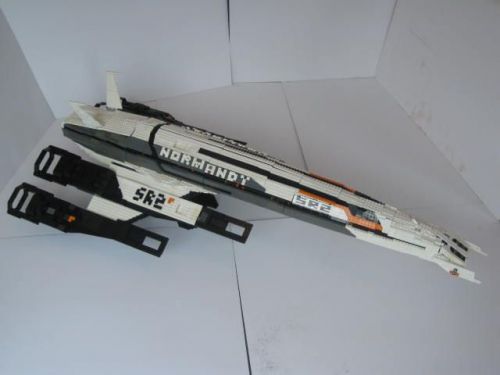 A few weeks ago, I wrote a post that not nearly enough people appreciated that was 40 video games rendered in Lego.  I had a Mass Effect picture in there, but had I discovered this… 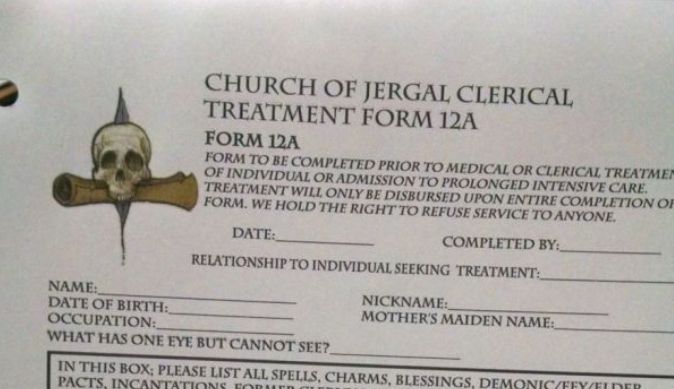 When putting together an adventuring party, it’s important to include a cleric to heal injuries along the way. A high-level cleric may not offer great combat abilities, but is essential to keeping the party effective… 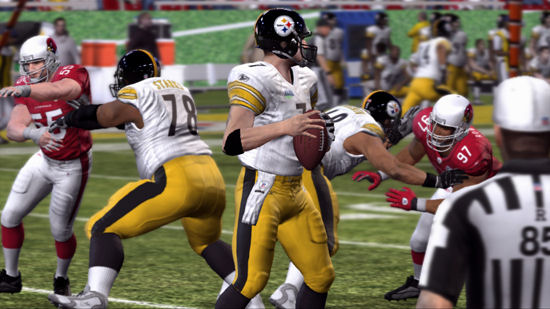 Every year, there’s a lot of hype about the new Madden NFL game, and thousands of gamers reserve their copy for the Xbox or PS3.  There’s become almost something of a subculture of Madden players,… 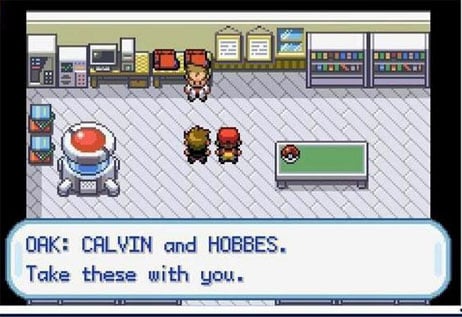