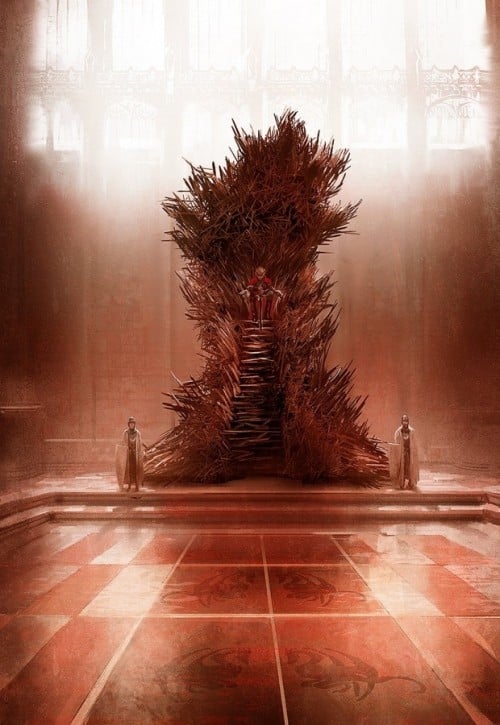 The Iron Throne on Game of Thrones is one of the most  iconic props in TV history, but did you know it’s not really at all how author George RR Martin envisioned it? He took to his blog this week to explain why it is that the model we see on the show doesn’t match the one in his head.

“It’s not the Iron Throne I see when I’m working on THE WINDS OF WINTER. It’s not the Iron Throne I want my readers to see. The way the throne is described in the books… HUGE, hulking, black and twisted, with the steep iron stairs in front, the high seat from which the king looks DOWN on everyone in the court… my throne is a hunched beast looming over the throne room, ugly and asymmetric…

It’s a throne made by blacksmiths hammering together half-melted, broken, twisted swords, wrenched from the hands of dead men or yielded up by defeated foes… a symbol of conquest… it has the steps I describe, and the height. From on top, the king dominates the throne room. And there are thousands of swords in it, not just a few.”

He points to the above image from artist Marc Simonetti as closer to what he imagines the throne looking like. I freaking love it, though Martin admits that it’s realistically impossible to make for the show because it wouldn’t film well and couldn’t even fit onto the set. He likes the HBO version, it’s just that this is what he truly had in mind. It’s terrifying and beautiful at the same time.