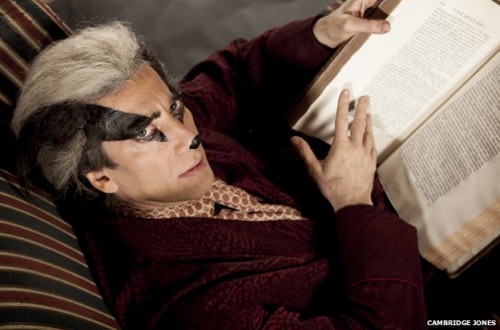 The BBC has a rather cool photo series on display right now which you can check out here. The idea is that famous authors dress up as the characters that inspired them to write, often as children. That’s Neil Gaiman as Badger from Wind in The Willows above, and other authors picked characters from Treasure Island, the Wizard of Oz, Alice in Wonderland, and more.

If you were doing this, what character would you choose (even if you aren’t a writer?). I had a lot of favorite books going up, but as cliche as it sounds, Harry Potter was the first series that really was a transformative literary experience for me. It helped that when I read the first book, Harry and I were both eleven, and we grew up together from there.