From the outset this movie seems like it is just a modern variation on The Crucible and the Salem Witch Trials, or a generic teen thriller. But this movie is so much more. Tackling serious topics like rape, suicide, satanism, cancer, depression and the consequences of social networking, The Sisterhood of Night stands out for it’s daring and harsh cautionary approach to these topics.

The mystery surrounding the Sisterhood of Night is an intriguing one as, although early on this appears to be no more than a group of girls telling secrets (the initial and prominent trio being Henley, Olivia DeJonge and Willa Cuthrell), it transgresses to a point where you can’t be sure what this group is up to. Images of inverted pentagrams are ever-present and the group on a whole refuses to reveal what they do in the woods making their validity increasingly blurred.

The same can be said for Emily and her newfound group of friends’ claims of sexual assault and occult goings-on as the legitimacy of them is also unclear, and throughout the entire runtime you have to question both sides. The media frenzy that erupts from The Sisterhood of Night within the film is an interesting one, and it shows how the press often take a story and run with it without verification. This is made all the more relevant as the movie is being released not long after the incident surrounding Rolling Stone, where a published article in their December 2014 issue discussing a violent rape at a Columbia University fraternity proved to be entirely incorrect.

The Sisterhood of Night tackles serious subject matter with respect and realism. With incidents of rape, suicide and false accusations sweeping the news regularly, this is a timely way to address these and it does so in a non-manipulative emotional way. You care about these characters and form strong opinions on each, which shows the movie is effective and does it’s job in making you think: 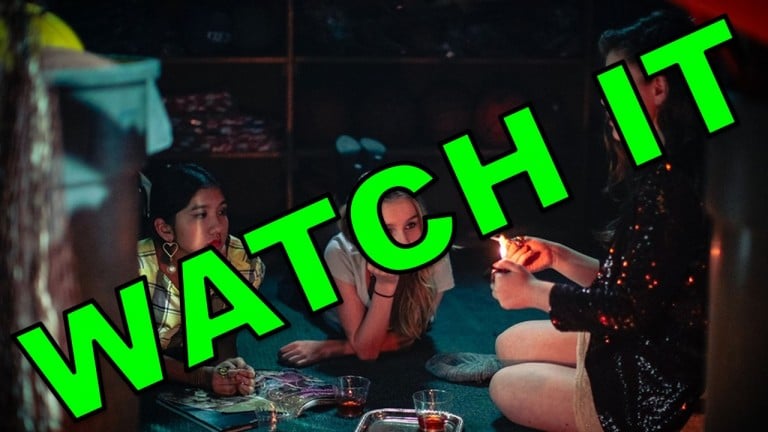