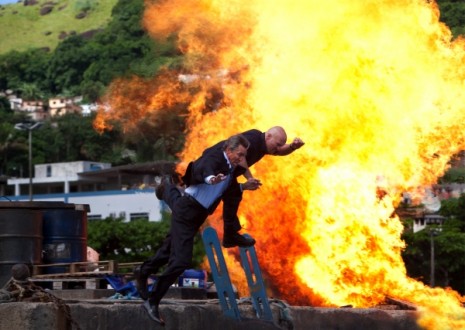 I think we’re all aware of the fact that movies are enhanced in some way, shape, or form.   Whether it’s something as large as special effects and graphics that you might see in a movie like Avatar or as small as something like a person’s lips looking a little bit bigger than they are, movies do what they can to get their point across.

However, some movies just go extremely overboard with stuff that simply doesn’t happen in the real word.  The movies I’m referring to are action movies.  Heroes in these movies aren’t super heroes but it sure as hell seems like they are.

Check out these four situations that are quite unrealistic…..

One Bullet Blowing Up a Car 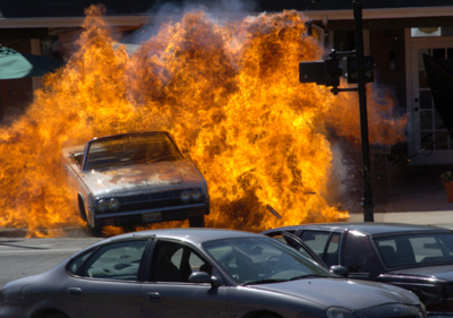 How many action movies have you seen where a cop, hero, whoever,  points a gun at a car, pulls the trigger and then BAM!  The car blows up.  I mean unless there’s some serious gasoline around the car this wouldn’t happen.  And if if there were gasoline there would just be fire, not an explosion until the fire caught the gas in the engine of the vehicle.  The only thing I ever liked about the movie The Last Action Hero is the scene where Arnold is in the real world and he shoot a car expecting to explode only it doesn’t.

Getting Shot and Being Completely Fine 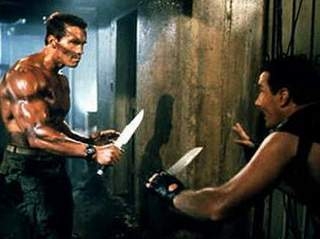 “Sure no problem!  Just shoot me in the arm and I’ll be happy to use it in a fight.”  I feel like this should be the mantra in about any “dude” flick out there.  Let me tell you something.   If you get shot in the arm not only are you not lifting that arm but you might even have trouble walking because of the pain.  You sure as hell don’t lift it and fight other people with the injury.

One Punch knocking people out cold 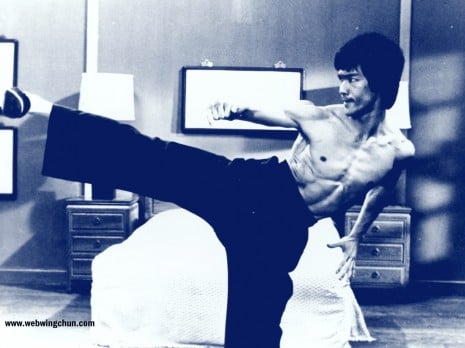 It happens in Karate movies more than anything else but it’s all the same.  Nearly every single time you see a hero kicking ass by use of his fists or feet it usually only takes one hit to knock the bad guys out.  That is of course unless the bad guy is the main bad guy and can fight too.  But even Bruce Lee couldn’t just punch a guy and then he’s completely done.   Only in rare cases in real life does one kick or punch completely put a guy out of commission.  I’m afraid taking on 10 guys just isn’t as easy as movies make it out to be. 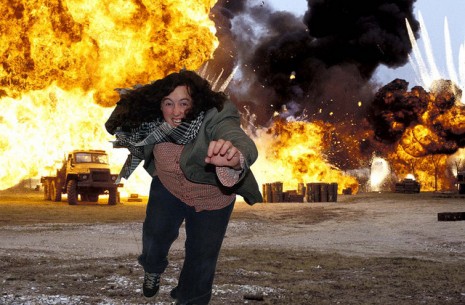 I think I’ve seen this about 700 times.  It’s classic.  A hero is running against the clock because they know something is about to explode.  The minute the clock strikes zero they jump and then the explosion enhances the jump greatly and there is no injury.  Usually in these films the main characters aren’t too far from the explosions and the explosions usually contain C4.  Come on dudes.  A simple graze or amplified air isn’t the damage a crazy explosion like that would do.

I will never understand how someone can sift through sixty hours of Superman the Animated Series to find footage that matches up with the Man of Steel trailer, but someone has done it, and the…

(click for full size) What you see above is the work of a very bored student posting her classroom doodles via reddit. I’m not sure what classes she’s taking, but from the looks of it,…

Wow, I’m absolutely in awe of the scope of this CGI project from Phil Postma. He’s taken nearly every Pixar character under the sun and converted them into Marvel and DC superheroes. Sometimes this…

There are two kinds of people on this Earth. The people who hate the movie Rubber, and the people who love it. I am obviously from the second category, but will warn you right now….

So what do you do in your spare time?  How about build a badass custom-made life-size Hulkbuster armor?  This particular one was built by a 26-year-old teacher in China named Xing Yile.  Clearly the inspiration…