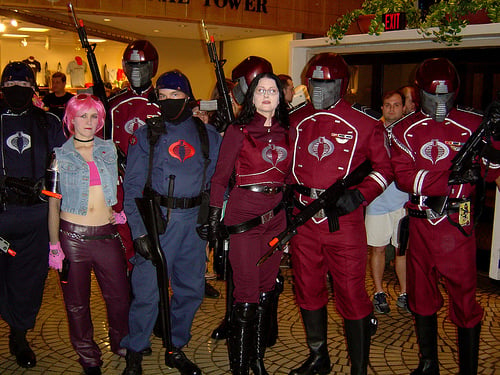 My prediction that the new G.I. Joe movie will be atrocious has nothing to do with my feelings toward the franchise as a whole.  In fact, as a kid, some of my favorite toys were G.I. Joes.  The Joes and Cobra would battle it out on the sofa in my bedroom, which served as a giant cliff.

Joes and Cobras would pound each other on foot and in vehicles and one by one, be tossed, punched, kicked or smashed over the cliff, falling to their deaths.  Except Baroness; she’d usually end up getting gang raped at some point.

But enough about my toys. Enjoy a very cool gallery of G.I. Joe (and Cobra, of course) cosplay. 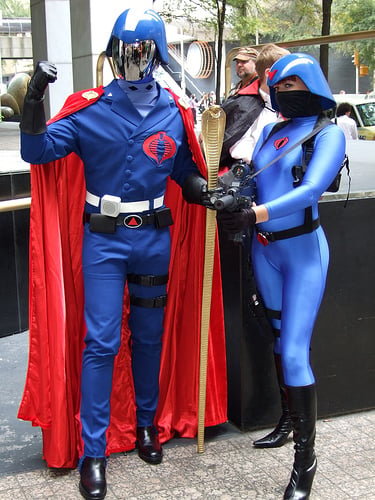 A very shiny mask on this impressive Cobra Commander. 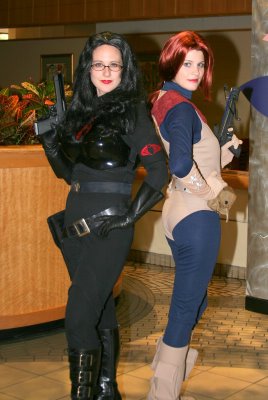 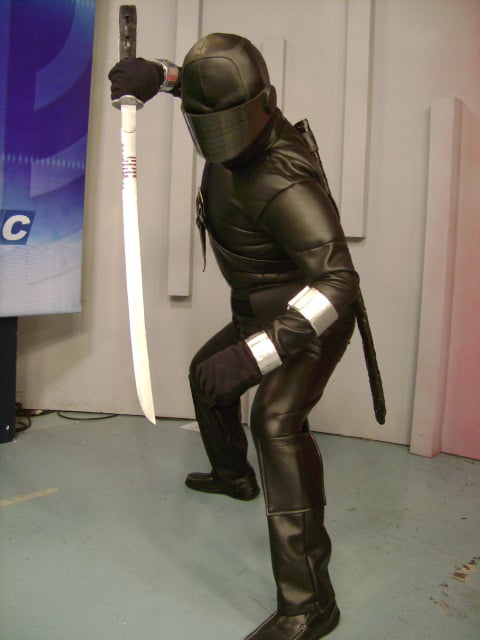 Snake Eyes ready to slice and dice some fools. 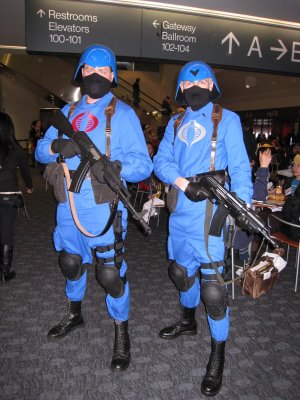 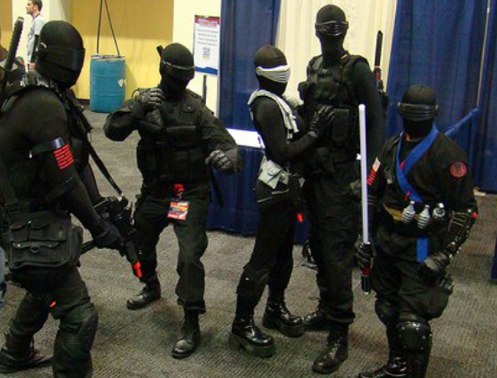 Which one is the real Snake Eyes? 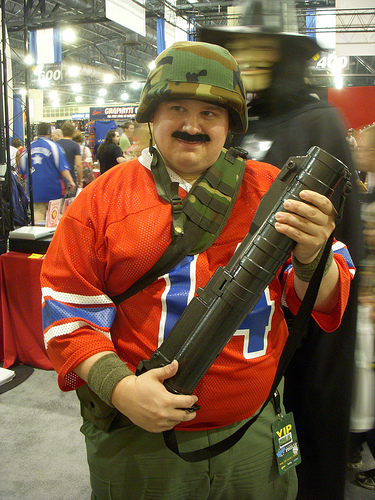 This is a GREAT Bazooka costume. 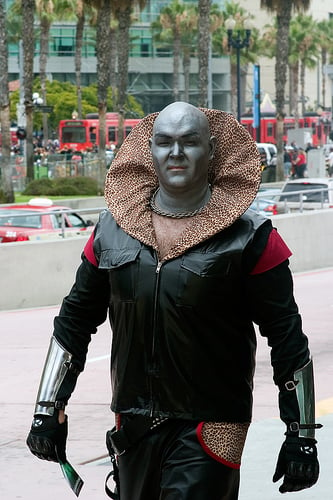 Destro is a pimp. 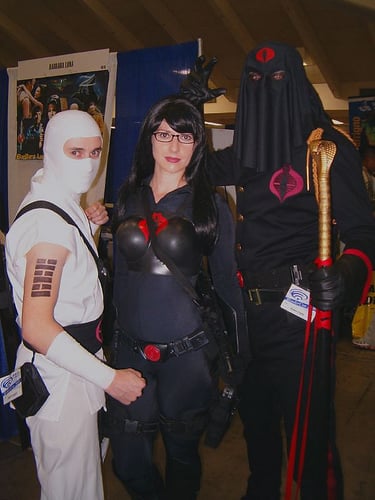 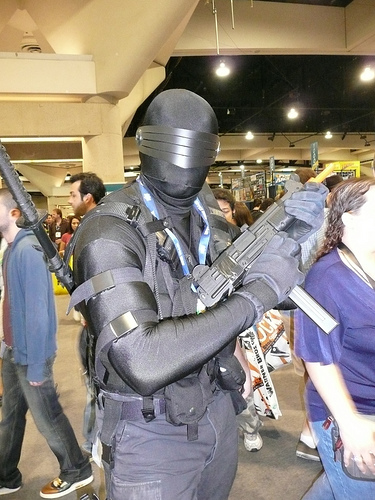 A very mean-looking Snake Eyes, opting for the machine gun over the sword. 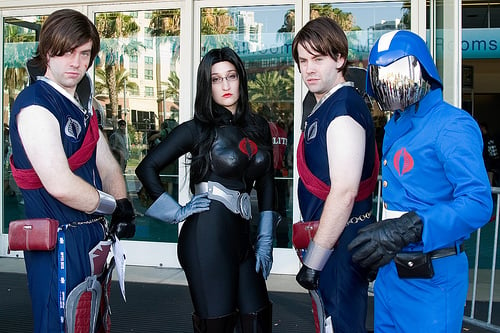 httpv://www.youtube.com/watch?v=rX0F3kY3uxU Outside of Christopher Walken, Michael Caine is probably the most impersonated celebrity voice out there, so much so that the phenomenon has gotten back to him and he’s a bit offended. Here he does…

Space Dandy is the latest anime from legendary director Shinichiro Watanabe, creator of the gold-standard series Cowboy Bebop and Samurai Champloo. The show is a sci-fi, action, adventure, comedy mishmash that, to quote Bender, “transcends…

For all of you who watched South Park two weeks ago, Kip Drordy now has his own Facebook fan page, which has racked up 130K fans in probably a record short amount of time. If…

httpv://www.youtube.com/watch?v=yzPhpXLwL9Y Back in my day, Facebook didn’t even have a wall yet, so the main form of communication was through poking. No one was really sure what poking meant, but it was suspicious that hot…