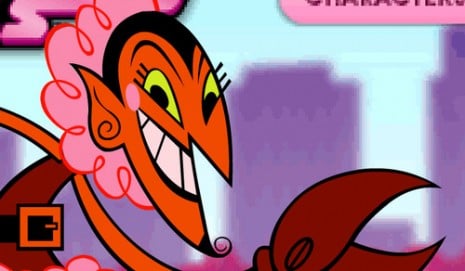 As some of you may have noticed, I’m particularly interested in villains and antagonists because they’re usually much more complex and interesting than the heroes of film and television.

I’ve said this before: I like a good villain. And kids’ shows are packed with several different breeds of them. Comedic villains, over-the-top villains, lukewarm villains, you name it, and it exists. But sometimes you come across a dark villain. And sometimes that villain is just a little too dark. Maybe even too dark for children. 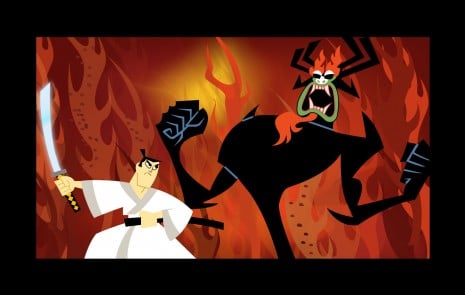 Aku is a shapeshifting, primordial evil that has wrought havoc on earth a number of times. Jack was within moments of slaying the beast when Aku opened up a portal and sent Jack into the future where Aku reigns supreme.

In Samurai Jack, Aku isn’t just an evil being; he is evil. Throughout the series, he toys with Jack. He lies in wait until Jack is weak or injured. Then he springs up in an attempt to finally kill the one who nearly killed him.

It is good to note that Aku does bring some comic relief to the show, and sometimes evil takes a backseat to the humor. But it’s always there. Even in brief funny moments, Jack knows that Aku rules the world and can attack at any moment.

4. The Red Guy, Cow and Chicken

The Red Guy was originally intended to be a devil-like character (who would have guessed?) who would temp others into doing bad things or lure them into hell. But after his first appearance, he became less calculated and more of a bipolar, psychotic destruction machine. He frequently tries to scam, torment, and kill Cow and Chicken.

But he also has strange habits that range from rolling around on the floor to walking on his butt. And even though this guy was intended to be evil from the start, there’s something even more unsettling about his weird mannerisms and his seemingly deteriorating mental state. He has more than one hoof in the loony bin.

Maximillion Pegasus, known as Pegasus J. Crawford in the Japanese version, is a successful businessman and a celebrated artist. Pegasus runs the company responsible for the creation and production of Duel Monsters, the game that the majority of the series is based around.

When we first find Pegasus, he is hosting a Duel Monsters tournament in an attempt to collect seven ancient and powerful items known as the Millennium Items. He owns one himself, an eye that allows him to read minds, which is how he wins many of his duels. And when he wins a duel, he uses the eye to capture the soul of the loser.

We find out later that Pegasus is attempting to resurrect his lost love, Cecelia, which drives his madness. To top off the character, we also learn that he enjoys cartoons more than most children do. It’s very creepy.

Later, Pegasus becomes an ally, occasionally helping the heroes. But no one will ever be able to forget his past. 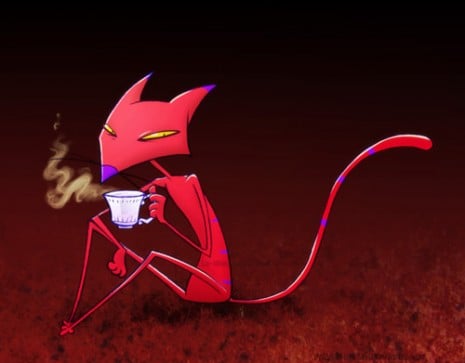 Katz is the main antagonist in the show, and the most frequent recurring character. He is a tall, red cat who excels in business, sports, and scamming. He is always trying to dupe Courage’s owners Muriel and Eustace.

He has two passions: baking and collecting spiders. He has also used his expertise to manage several businesses, like clubs and hotels, to cover up his schemes.

He loathes dogs, and always posts “No Dogs Allowed” signs on his businesses in unsuccessful attempts to keep Courage out.

It is unknown what drives Katz other than his own greed and self-importance. But he makes for a very unsettling character and a great villain.

1. Him, The Powerpuff Girls 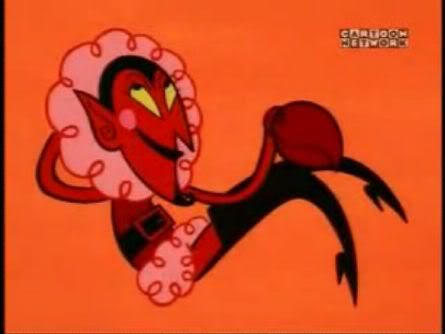 Him is a powerful, clawed, androgynous devil-like creature who wears makeup and traditionally girly clothes and accessories. It is said that he is “so sinister, so evil, so scary, so horribly vile  that his real name can never be said.” He is meant to be the embodiment of pure evil. His conversational voice is an ominous, echoing, high-pitched tone, while his serious and angry voice is deeper and more demonic, but somehow less terrifying than his regular voice.

While most villains in the show aim to destroy, Him prefers torture and psychological terror to destroy his enemies.

He is definitely the most powerful villain in the show, and I’m pretty sure none of the heroes know who they’re really dealing with.