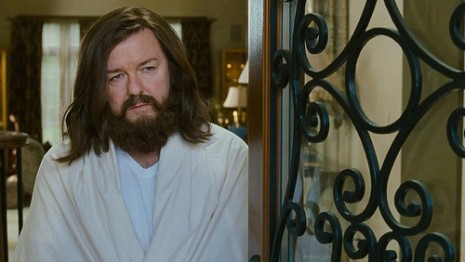 Moviegoers are quickly growing tired of Hollywood. Theaters are saturated with sequels, reboots, and remakes, and are almost completely devoid of original ideas. It’s refreshing when we get to see a trailer for a movie with an original premise. But it’s disappointing when that movie falls short of what it could be. 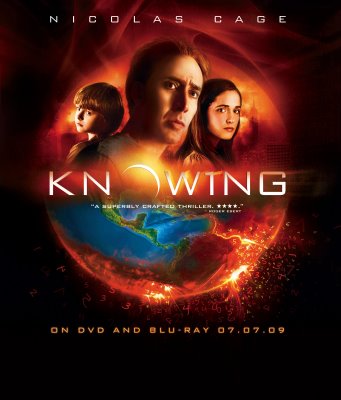 “A teacher opens a time capsule that has been dug up at his son’s elementary school; in it are some chilling predictions — some that have already occurred and others that are about to — that lead him to believe his family plays a role in the events that are about to unfold.” –IMDB

Nicolas Cage has a page full of numbers that, when decoded, reveal the dates and death tolls of tragic events. It’s basically like us walking around with Nostradamus’s quatrains, trying to predict the future. Except Cage figures it out.

Granted, getting glimpses of the future and trying to prevent horrible things from happening isn’t exactly a new idea. However, it’s a relatively fresh premise with a lot of promise. 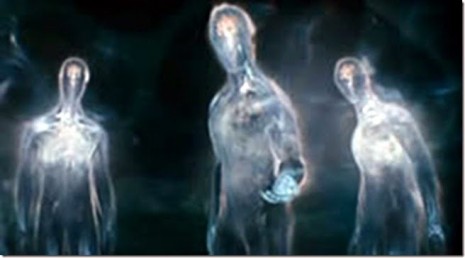 Cage and his son face the tragedy associated with the final set of numbers. The death toll being “everyone else.” Which is fine. At this point, I imagine it can go one of two ways: Cage figures out how to stop the apocalypse, or Cage fails and everyone dies.

What really happens? Aliens. They abduct rescue one male and one female (and rabbits, apparently) from around the globe and take them to an earthlike planet so humankind can survive and repopulate. Cage tries to hitch a ride but is denied. His son, however, is rescued.

Cage finds his estranged father, and they hug it out as earth’s atmosphere bursts into flames and the world comes to an end. Meanwhile, Cage’s son frolics with a girl his age on their new planet. 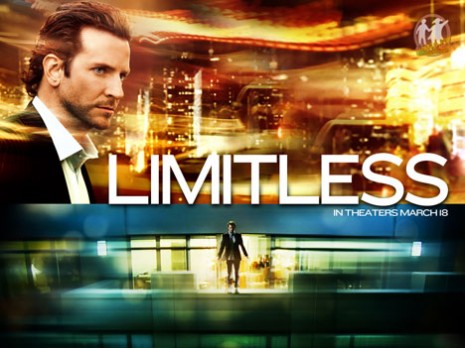 “A writer discovers a top-secret drug which bestows him with super human abilities.” –IMDB

Based on the myth that most people only use 20 percent of their brains, the drug, NZT, allows users to access that other 80 percent. Bradley Cooper plays Eddie Morra, a writer who scores the substance from a friend.

Unorganized Cooper is able to get his life in order and even overcome his writer’s block to complete a novel—a well-written, completely edited novel—in virtually no time. His new abilities allow him to find patterns in the stock market, and he turns $100,000 into $2 million almost overnight. It even gives him Sherlock Holmesian fighting abilities.

Cooper runs into problems with the drug though. He struggles with blackouts, dependency, withdrawals, and a stash that is about to run dry. Kind of like cocaine, except without the…No, actually, it’s just like cocaine. 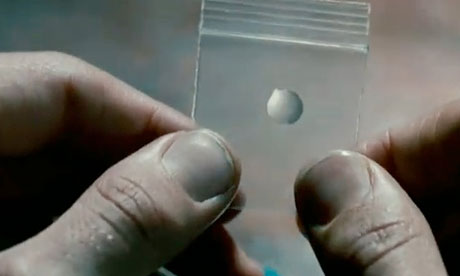 Other people want to use him for his ability, and some mobsters want the drug for themselves—one of them even going so far as creating an injection form of the substance. The movie turns to familiar devices, which end up dragging down this otherwise smart film.

Roger Ebert sums it up nicely saying, “Limitless only uses 15, maybe 20 percent of its brain. Still, that’s more than a lot of movies do.” 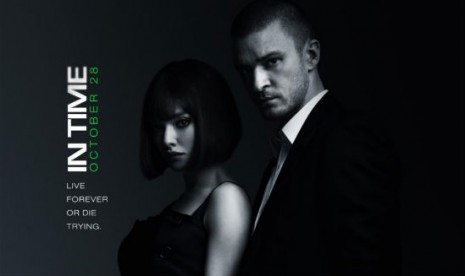 “In a future where people stop aging at 25, but are engineered to live only one more year, having the means to buy your way out of the situation is a shot at immortal youth. Here, Will Salas finds himself accused of murder and on the run with a hostage – a connection that becomes an important part of the way against the system.” –IMDB

Time is literally money in this movie featuring Justin Timberlake. No cash changes hands; wages are paid in minutes and seconds. And there’s a huge gap between those who have centuries to live and those who live day-to-day. On top of that, society is built in such a way that the poor live clumped together while the wealthy live separated from society.

Timberlake, who never has more than hours left to live, runs into a man who has centuries to spare. When Timberlake falls asleep, the wealthy man transfers all his time to Timberlake. This gets the attention of the Time Keepers, a police force charged with maintaining the status quo. 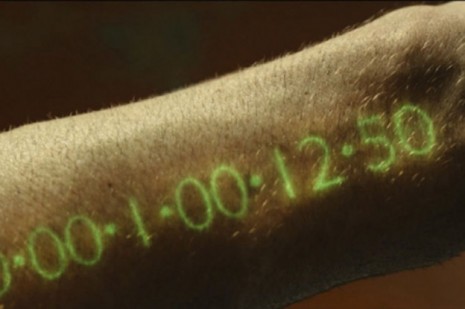 Timberlake makes his way into wealthy cities, plays high-stakes poker, and even arm wrestles a mobster to get more time. Disgusted by the gap between those who have a lot of time and those who have so little, he goes on a string of time bank robberies, stealing time and giving it to those who don’t have much of it. He becomes a sort of clock Robin Hood.

As you may have noticed, I found it difficult to describe the movie without drawing parallels between time and money. That’s because the film isn’t subtle at all about the whole time-equals-money scenario. It’s also a mirror to the economy: The wealthy have so much money, the poor have so little, and the gap keeps growing. While I think the movie is definitely conscious of this, the social commentary is just too obvious.

The movie relies too heavily on this, and beyond the premise, there’s not a whole lot that’s original about it.

“A comedy set in a world where no one has ever lied, until a writer seizes the opportunity for personal gain.”

This is a great what if: What if lying didn’t exist? And what if someone invented it? What would that be like?

It would be awesome.

Ricky Gervais plays unattractive, insignificant screenwriter Mark Bellison who is about to be unemployed due to his boring films. It isn’t his fault, really; there’s no such thing as fiction, so he’s stuck writing documentaries. He just happened to get stuck with really bad parts of history.

Gervais gets fired, then evicted for not paying rent. He goes to the bank to close his account, but there’s a glitch with the computers. When asked how much he has in his account, Gervais has an idea. He lies. He claims he has $800—enough to pay rent. But the computers come back on, and it’s revealed he only has $300. Since lying isn’t a thing that exists, the teller writes the problem off as a computer error and gives Gervais his $800. 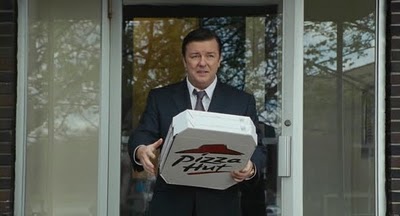 He uses his newfound power to get a friend out of a DUI, to win money from a casino, and to sleep with an attractive woman whom he dupes into believing that the world will end if she doesn’t sleep with him. Oh, and he invents religion.

The movie seems more episodic than anything else, with a romantic subplot barely holding it together. It’s as if the writers just kept asking “What if he lied in this situation?” Which would be fine for a TV show, but not so much for a movie.

(click to enlarge) …it would be pretty freaking lame. Sorry, but as much as I appreciate many different art forms and routinely feature them on the site, I really have the least respect for anime….

All last week a lot of you posted your best sci-fi jokes to a Facebook thread, and I’ve sifted through them all to find a pair of winners who get $100 worth of costumes and…

Star Trek Into the Darkness “only” made about $86 million during its five-day opening, a figure many are deeming something of a disappointment for a movie that I guess was supposed to be an…

If there’s one thing I do on this site quite a bit it’s bitch about how much I can’t stand movie remakes.  Well to be perfectly honest that isn’t entirely true.   There are definitely times…

Post-release DLC can be a lot of fun for video games. It gives you short extra missions or plot arcs not included in the original, and gets you back into the game you used to…