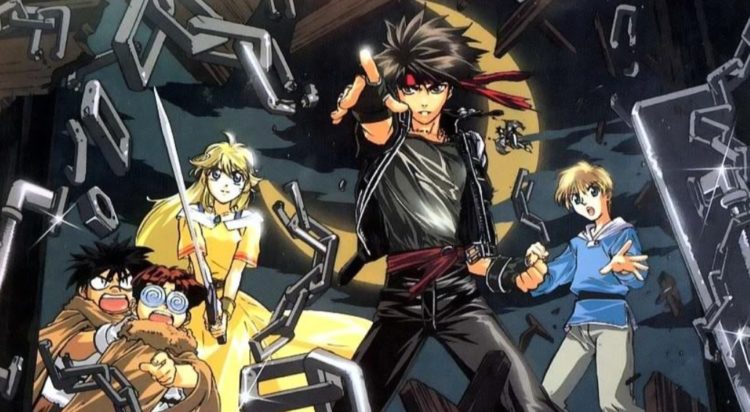 Video games have become one of the most popular leisure activities done by many people while indoors. “Sorcerous Stabber Orphen” is a video game that involves role-playing in Japan and also includes puzzle-solving and battles. The player controls Orphen to jump from one level to another jumping platforms, and fighting to gain treasures which contain items used outside the fight or during. An enemy will always strike, and the player needs to control his character to defend himself because if he dies, the game ends. We, however, focus too much on how to play the game and ignore essential details concerning it. The following are things you didn’t know about Sorcerous Stabber Orphen.

The entire video game was an initial conception of Shade who put all his effort to convert his idea into a competitive game. It has grown into one of his most significant projects since it has very many fans thus helping to establish him as a qualified game developer. Though he got the idea from a novel plot, it takes creativity to transform a design from one form to another. Mr. Shade is a passionate video games producer and player who understands his fans’ interest and is keen on every game he develops.

3. The game is based on the Light novel series

The whole idea of the video game was derived from the light novel series and compiled into an exciting game whose entire storyline is based on the book. If you are a fun of books, playing a game concerning what you have just read is an exciting experience, and therefore this is a creative idea. It also encourages the fans of the game to read the novel to be able to maneuver in the next move. By reading, players gain an advantage over the opponents since it is easier to play a game whose plot you fully understand.

4. It has been transferred to DVD format

The video game was moved from CD into DVD that allows the player to eliminate all conversations in the form of texts and substitute it with a 100% voice-based conversation. It is a clear way of expressing the game most comfortably and appealingly to the interested party. If you are a fan of the video game, voice notes are more convenient than texts. Audio makes your work easier; you will do more of listening than reading, and voiced instructions are more comfortable to follow than written. Cheering noises during the game makes it more realistic and exciting.

5. It has gained great popularity

The game is popular and has gained massive support from many people. It has been in the market from the beginning of play station 2 in 2000, and since its players have played most challenges, they are anticipating the development of more. The animated series and novel have also created high awareness of the game. Similarly, all the adverts associated with the play station have marketed it as the best type of game available in the particular play station.

The game’s characters are animated; the unique feature aims to entice people with a high interest in animation. Everybody has a preference that informs the decisions made; hence, a favorite genre of movies might also be your favorite genre of games. If you love action movies, then you will probably be more interested in action video games. People with a high interest in animation will go for video games that are anime to experience total satisfaction and connect with the leisure activities of their preferences.

The game was released initially on August 3, 2000, in Japan. Due to its high demand and the high rate of acceptance obtained, the game was later released in North America on October 26, and then in South America. It was an excellent move for the production crew, which was able to reach a large number of audiences within a short period. Moreover, it is to the advantage of the fans that their favorite games were launched in their home country.

8. It is produced in different forms

The “Sorcerous Stabber Orphen” has also been provided in different ways which are a novel, and television series according to Wikipedia. The storyline of the game is translated into two other forms, to meet the interest of various groups of people. Some people prefer watching television and reading books to playing games; therefore, the idea is valid for all types of audience to feel accommodated and satisfied.

The “Sorcerous Stabber Orphen” has 20 complete volumes. It is an old idea that has been produced and improved in every way to meet the fans’ personal needs. Each level is a continuation of the other with significant changes and tougher challenges. It has been satisfactory in meeting the fans’ expectations as the reviews of one level have prompted improvement and continuation of the other.

10. The plot is interesting

A game must be very captivating to attract the attention of many viewers, and a scenario must be very captivating. Based on the fact that it was derived from an already-created storyline, the game is far more fascinating. It has various levels that every player is usually eager to get through all different challenges on each level. It includes new ventures in multiple scenes with minor differences with the voices and personalities.

I didn’t know there was really a category of “photorealistic” statues, as that’s normally reserved for on-paper or digital artwork. But then there’s Steve Wang, a three dimensional genius. The man is a master of…

Now that Jessica Nigri has partnered with 12 North Photography, she’s been assured a permanent place in the cosplay hall of fame as she keeps producing memorable shoot after memorable shoot. You’ll recall that a…

httpv://youtu.be/vDI0Y6IPdy8 Here we have just a little experiment in sound effects, where the gunfire and explosions of Battlefield 3 are replaced by the more soothing, classic sounds of Super Mario Bros. It’s funny in concept,…

EA officially announced The Sims 4 for 2014 last month and long-time fans of the franchise rejoiced upon hearing the wonderful news. In addition, it was confirmed that the game would not require players to…

httpv://www.youtube.com/watch?v=3zTtwXQ5PJM I’ve sort of dismissed Minecraft despite its rising popularity, because I never really saw the point. But as I see creation after wondrous creation fashioned in the game, I’m pretty sure they could use this as…