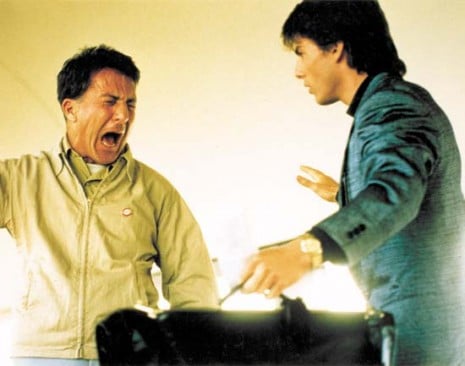 Back in 2010 I wrote an article on geniuses in movies but since then I realized that I had missed a few so I wanted to amend that article and bring some new names to light.   In that article I only focused on geniuses who were fictional.  However I realize that doesn’t do an actor justice for playing a role well. 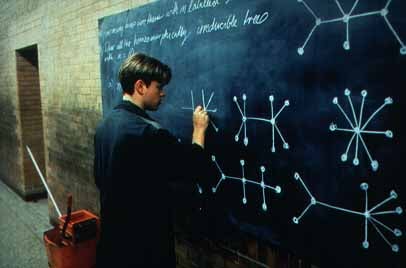 To this day it remains one of my all time favorite movies.  This is a fantastic portrayal of a boy, yes boy, who is extremely conflicted by his own genius.  Sure he may know a lot about the world from books, but he hasn’t experienced any of it for himself.  He never allows personal relationships to grow too deep and the movie is excellent at depicting this idea.  Oh and tot to mention the Boston accent.  Kind of a nice twist considering he’s a genius.  How do you like them apples? 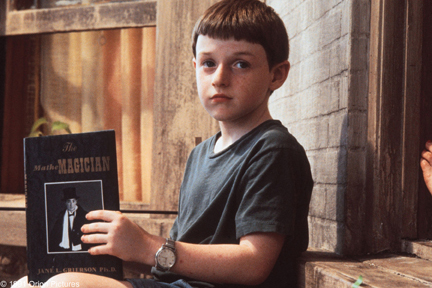 Never have I seen a movie that depicts the genius of a young child as well as Little Man Tate does.   Fred is conflicted with the knowledge of his own genius but at the same time wanting to be a normal child.   If you haven’t seen this movie then you must. 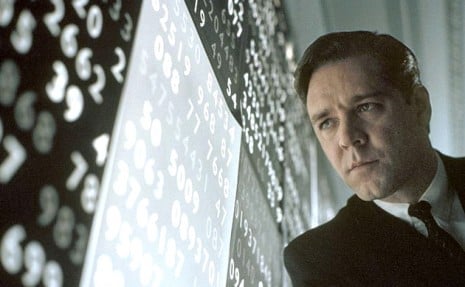 Aside from you know, seeing people that aren’t there, no one can deny the impact Nash had on modern economics and theory.   Russell Crowe did a fantastic job exploring both is genius and his psychotic side.   Going to lengths so far that he nearly killed his own child and alienated his wife in the process.   Math can be crazy sometimes. 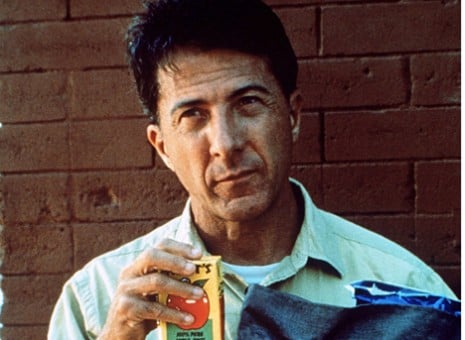 Ray is a different kind of genius.   In fact a savant, Raymond is both amazing with numbers but even has a sense of humor once he warms up to you.  From “Kmart Sucks” to “Uh oh fart” to “One for bad, two for good” the adventure he goes on is memorable and Rain Man will always remain a classic.  Blackjack anyone? 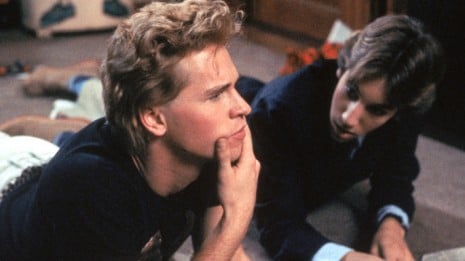 This is definitely one of Val Kilmer’s best roles.  Chris Knight is a wise ass genius at a school for well…geniuses.  His task is to build a super powerful laser for a purpose he doesn’t know (yet).  That purpose being a weapon that could blow targets away from space.  The humor of this character is unmatched not to mention the T-Shirts he wears.  I absolutely loved this movie.

This weekend, I met up with my friend in a theater far away from my  usual one  to see Super 8 (which I reviewed about an hour ago). He suggested that for the movie, I…

by Zack Ruskin There is perhaps no element of modern film more controversial than the rebirth of 3D. What was once a novelty in horror movies and pulpy genre flicks has now become a staple… 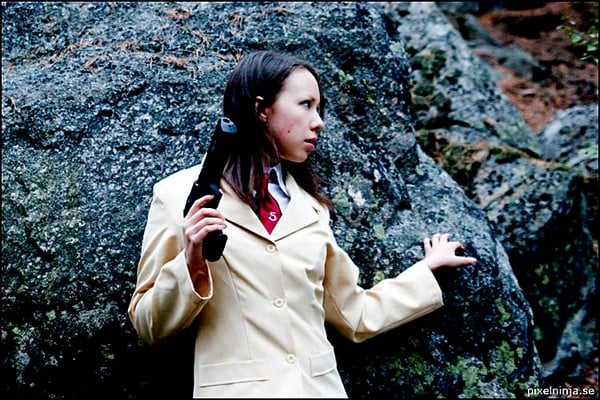 (click to enlarge) I never quite anticipated this, but through this job I’ve somehow become sort of an expert on cosplay. Not like, to a crazy degree, but when you start to actually recognize the…

District 9 was one of the most significant sci-fi movies of the past decade. It was made on a comically low budget, yet still had a blockbuster feel to it, more visually impressive than movies…

I’ve got three words for you.  Raptors on motorcycles.  Pretty sure we’d pay money to see this.

I’ve seen some impressive LEGO projects in my day, but this 200,000 piece recreation of Rivedell from Lord of the Rings/The Hobbit takes home high honors. It’s 5×10 and made by the woman who made…