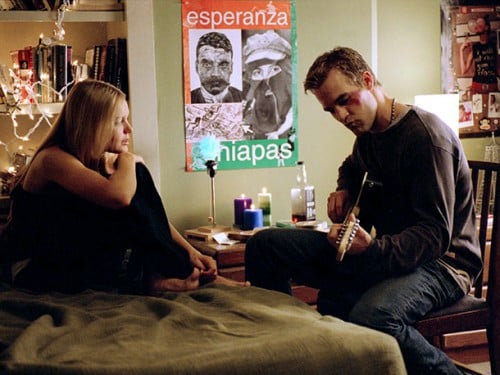 Have you ever wondered what Patrick Bateman (the lead from American Psycho)’s younger brother must be like? Well, from the opening scene of this movie where he skulks around a party looking for a broken woman he can have sex with you, you find out. He may not have the natural inclination to kill that his older brother does, but he definitely is full on sociopath, feeding his most primal needs while not worrying a lick about the impact this may have on some people around him.

The Rules of Attraction is based on the Bret Easton Ellis novel of the same name, and instead of focusing on the yuppie eighties, focuses on the relationships of a bunch of young, entitled teens. You know, his favorite demographic? It is a twisted, insane, and uncomfortable ride. In other words, just my kind of movie and the perfect movie for Christmas! 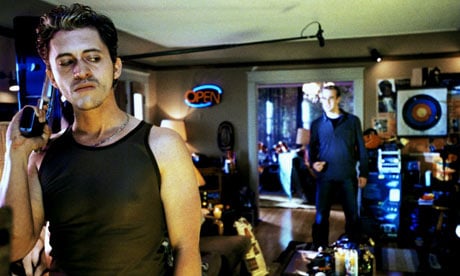 You will need a bath after this film.

Set in the (non-existent) Camden College in New Hampshire, The Rules of Attraction shows us what happens when darkness and reality start bleeding through the veneer of a seemingly perfect life. The film seems to focus on Sean Bateman, who as I stated, is the younger brother of the titular lead in American Psycho. You can Sean tell he is not his older brother, but you can also tell he has the same genes and instincts.  I also feel the need to point out, right now, that Sean Bateman is played by James van der Beek. Yes, THAT James van der Beek. You may think that seems like bad casting, but get ready to see him in a new light. 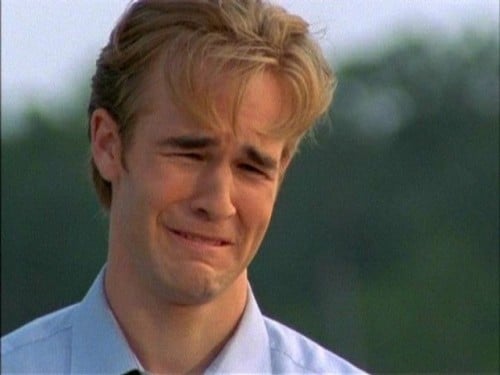 This was his face when he found out Dawson’s Creek was being canceled.

Seriously, don’t expect the van der Beek you are used to. This is Bateman van der Beek. This man is more animal than human. He is obviously more humane than his brother, but barely. Instead of killing, he deals drugs and has meaningless sex. So, in essence, he is most upper crust white kids who are dying of boredom.

We are 300 words in and you are probably wondering about a plot. Well, there is one. It is just not a typical narrative at all. If you know Bret Easton Ellis’ work, then you know, he likes to focus on the malcontent. He likes to paint uncomfortable scenarios using beautiful people to show us that even the shiniest things have cracks under their platinum coatings. The Rules of Attraction is no different. I’d say the scene where the girl is getting raped from behind and the guy pukes onto the back of her head will be the scene you say: Yup, definitely Ellis.

Here, trailer-fy yourself to get an idea:

Let it be known, this movie also has Shannyn Sossamon in it. The most beautiful woman in all the world. Or one of them, atleast. Warning, she is in this movie. Do you know what that means? Some not-so-pleasant things may happen to her. Just want to warn you. What I think is important about this movie is, they try to give us a glimpse into a life they think many of us wish we had, or wish we experienced. The thing is, we all stand on the outskirts wishing that. What a movie like The Rules of Attraction does is pull us in deeper to show us what that’s like from the inside. They show us that we don’t want it, but we just don’t know it. 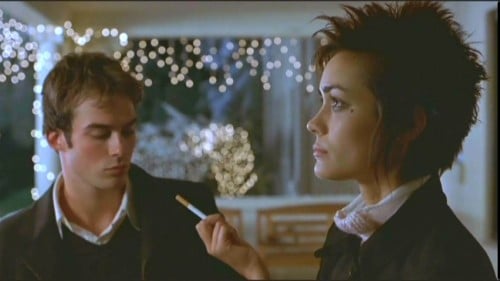 I think Shannyn Sossaman is a robot made out of pure perfection.

Oh, and in case you weren’t aware, this movie was directed by Roger Avery. You know, the guy who worked closely with Tarantino on True Romance and Pulp Fiction? Also, he wrote and directed the 90’s cult film, Killing Zoe. So if you know that film, you know the pace that this film takes as well. Relentless. Truly relentless. He is a writer and director who likes to hit his audience with a constant stream of punches, and Rules of Attraction is no exception.

I want to take a moment to talk about the cast a bit. This movie was cast (as most Ellis adaptations are), quite brilliantly. You may think the James van der Beek casting is a mistake, but seconds into the movie you will realize how perfect it is. Sossaman as the one ground, moral voice in the film is perfect, because she looks what you imagine perfection would look like. The idea that she not only looks it, but IS it, is present in every scene with her. But again, don’t get too comfortable. Things get nasty, really quickly. No one is perfect in Rules of Attraction. That is the whole point.

That is how I react when I get mail from my readers.

You also have Jessica Biel, Ian Somerhalder, Faye Dunaway, Eric Stoltz, Kate Bosworth, Ron Jeremy and Fred Savage. Yes, I just ended that cast list with Ron Jeremy and Fred Savage. It is that kind of movie. A movie that just goes and goes and pisses all over anything some people may see as sacred. But as I want to point out, this shit is pretty spot on. The reason I tend to really like Bret Easton Ellis’ take on the entitled is because they way he portrays it is all very true. The rape, the drugs, the suicide, the backstabbing, the double dealings, and the death. The point of a great deal of his adaptations (Less Than Zero, American Psycho, The Canyons) is that no matter how much you give someone, they will always be bored. They will always find a way to sabotage even the sweetest perfection. The thing is, it is not just a microscope held up to the rich and white. It is a microscope held up to human nature, and all its darker instincts and drives. This is not a movie you will walk away from feeling good. This is a movie you will walk away from disturbed. But that just means it worked. 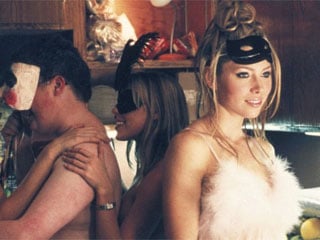 Thank God for the crop feature.

But also, and I can’t deny this. This is a movie you walk away from feeling entertained. Yes, it may be dark as pure onyx. But it also sort of pokes fun at itself. You need to be able to laugh at some seriously screwed up shit, but that is what this movie is. A ride through a section of town you have never slow-driven through before. The town may look really cool from far away, but once you are in the middle of it, it just makes you realize how lucky you were to not even be aware it existed and how quickly you want to get out of it.

So check out The Rules of Attraction. Just be prepared. This shit gets pretty twisted from time to time. Also, go throw a “like” on my Facebook wall and then go check out the redesign for my site and let me know what you think. Thanks kids, and Merry Festivus and happy Chrimbus.

Artist Travis English has taken all six Star Wars movies, for better or worse, and turned them into arather cool series of minimalist posters. I particularly like how they all seem to flow together in…

Well, if you ask me this was quite the slow week for movie trailers. Maybe that is due largely in part to the fact that all the films coming out this coming weekend are 45%…

Uh, wow. No, seriously. I’ve seen “oh this guy kind of looks like this cartoon” pictures before, but there’s no way on earth that this guy wasn’t the actual character model for Carl from Up….

I finally got the chance to watch Frozen after putting it off for such a long time. I was travelling the entire time it was out so I couldn’t even if I wanted to. Every holiday party…

No more epic Godzilla trailers to share today, as the actual movie is out, but one more related interview for the road before I go see it. In an interview with Fandango, Bryan Cranston opens…