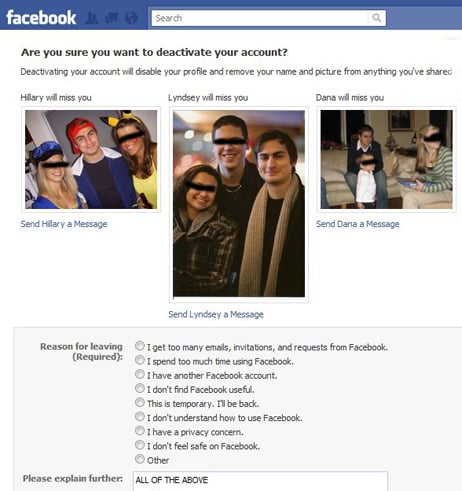 Everywhere you turn, there’s a news story claiming that Facebook has reached a new peak, and growing further still. A $500M investment has put the site’s worth up to $50 billion, its founder Mark Zuckerberg is Time’s Person of the Year and a movie about his rise to power, The Social Network, is currently this year’s Oscar favorite.

But some people, like myself, will argue that Facebook peaked long ago, and us founding members are growing tired of the whole ordeal, just as everyone and their grandma are getting into it now.

I’m an old timer. I first joined the site right after it opened up to colleges past the ivy league, before my freshman year. Back then you still needed a .edu e-mail address for access, and the notion that it would ever be open to ANYone was just preposterous.

There were no status updates, there was no wall, there was no photo tagging, no Vampires applications. It was merely a profile and messaging system, not new by any means as Friendster and MySpace had been around for some time, but it was far cleaner to look at and operate, and its restriction to a few worthy colleges made you feel unique for having an account. 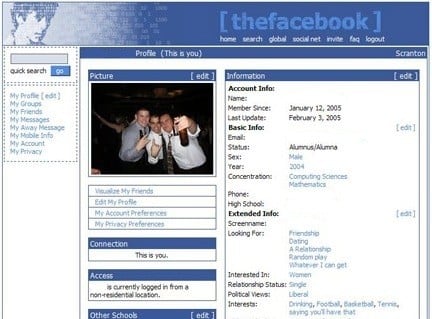 Flash forward six years, and now if you DON’T have a Facebook, you might as well not exist. The user base is now almost 10% of the earth’s population and growing exponentially. Nearly everyone you know has their own page, has friended you and is now constantly informing you of absolutely everything going on in their lives.

We’re now living in the age of overshare.

Seriously, I’m getting sick of my own friends, if you can call them that. If you’re like me, you’re friends with people where if we weren’t living in this era, you would never need, or want to speak to again. Every person you have ever talked to for more than two seconds in class, every random girl you bumped into at a party, every single person from your high school class are all constantly informing you of everything they do and everywhere they go, when you haven’t had the desire to actually talk to them in years.

Facebook has gotten a lot of shit for its privacy settings, and it’s reaching new levels of creepy by asking for your e-mail password for its “Friend finder” app, or asking for a debit card or phone number to prove you are in fact human. This is obviously all very 1984, and it’s true the site likely has more information on its users than the government could ever hope to, but that’s a whole different article. My problem is with people who leave their privacy settings open to the point where individuals I’m not even friends with allow their pictures to come up on MY news feed when my friend comments on the album. All of a sudden I’m looking through a gallery of what should be private pictures featuring people I’ve never seen in my life. Twenty clicks in and I’m watching them shotgun a beer or their children eat spaghetti for the first time. I stop and think, how did I get here? Why am I doing this? 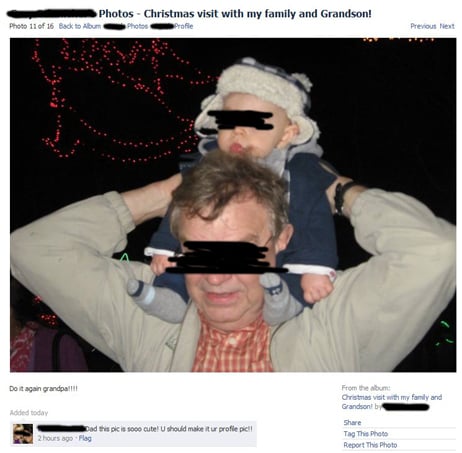 Very cute, but who are you, and why are you on the front page of my newsfeed?

There’s two main reasons to be on Facebook now, creeping and narcissism. Yes, you can actually communicate with people too, but that’s of secondary importance to the other two reasons. “Creeping” is something almost everyone with an account does, if you’re the type to check the site every day. You click through everyone’s profiles and statuses whenever anything interesting comes up. Not because you are actually still friends with any of these people, but because you’re hoping to see that douche who took your lunch money in fifth grade slowly become morbidly obese, or find that cute girl from class and her hot friends in bikinis on spring break, or see that guy you kissed once at a party and now hate with his arms wrapped around some ugly girl. Or sometimes for no damn reason at all. You’re sitting there clicking through and reading these things that contain no useful value.

But where does all this content come from? The other half. The narcissists, most of whom are creepers themselves. It’s astonishing that people think everyone they’ve ever met cares about anything that pops into their heads, or whatever party they just happened to attend last weekend. They flood our newsfeeds with all this completely useless information, and it’s hard to sift through to find anything of meaning. On a given day, I’d say I’m genuinely interested in no more than 5% of what I see on the site as it pertains to people I actually care about.

The solution seems obvious. Well you idiot, why don’t you just delete all these people? I’ve tried. I’ve trimmed my friends list from 600 to 400, but really, it probably needs to be no more than 50, with only 15 or so people I communicate with on a regular basis. I could delete my profile entirely, and merely text and e-mail the people I actually want to talk to, but I don’t do that either. But why? Why don’t I do that?

It’s simple. I might not be a narcissist per se, but I am somewhat vain, and even though I would have no problem never thinking about most of these people again, I would feel bad if they forgot about ME. Once you’re off Facebook, you’ll never cross most of these people’s minds again. That’s why I’m friends with all these people I used to know. I want them to see that I’m doing great things in my life, I want them to occasionally think about the time we spent together, however long or brief. I just don’t want to be forgotten. 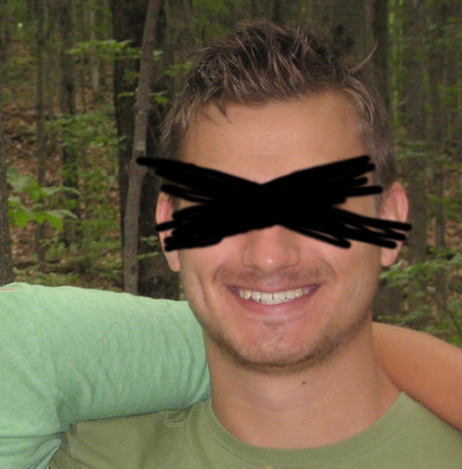 And neither do they. That’s why they’ll keep telling the world about how they have strep throat, are nervous for an exam or just got engaged to the love of their life. The “like” button is perhaps the greatest psychological breakthrough in recent history. It’s physical proof to us that our peers approve of us, in a world where such affirmation in person can often be hard to come by.

So I’m keeping my Facebook for now, even if I refuse to broadcast my existence to my friends on a daily basis. Deleting it would be the social equivalent of selling your possessions and moving to a cabin in the woods, and as relaxing as that sounds, it’s a move I’m not quite ready to make yet. For all of you who have had the balls to disappear, or never show your face on the site at all, I salute you, and you are stronger willed than I.

Will everyone eventually burn out and get tired of each other’s triumphs and problems being constantly shouted into the abyss? It’s hard to imagine life before Facebook now, but it’s even more difficult to imagine life after. I’m almost scared to see what comes next.

4D Interactive Ride Shows You What it’s Like to Fly Like Iron Man Let’s face it. Who cares what superhero is your favorite? Who cares if you love planes? Or even birds! Everyone wants to… 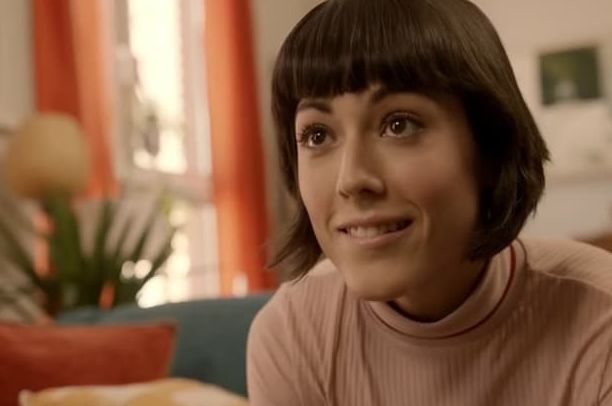 Make us think and we’ll listen. Make us feel and we’ll pre-order. It’s common knowledge to game and tech developers. They want us talking about their upcoming products. Without saying a word in the commercial, Karen…

Though Harry Potter was the hero of his story, it was just that. HIS story. What about if the events of the books were seen through the eyes of the other, unnamed student at Hogwarts…

We’ve had our fair share of posts that combine gaming and food.   I mean we’re talking Super Mario Cupcakes to gaming console cakes to Star Wars delicacies.   So it should come as no surprise that…

Let’s face it, we’ve all secretly hoped that a Studio Ghibli Land theme park would exist.  Unfortunately that’s not the case yet, but big fan Takumi made up these designs that we’re hoping catches the…

httpv://www.youtube.com/watch?v=q5XQ0AswerM How many of you are unemployed? Raise your hands. Err, whatever. Stupid internet. I’ll assume at least some of you are. Probably about 10% in fact. Well, I’ve been there, and it’s thoroughly awful….