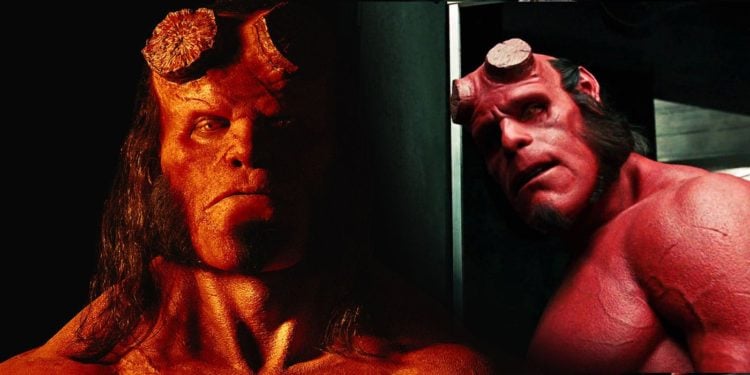 For people who are unfamiliar with the name, Hellboy is a superhero created by Mike Mignola, who has shown up in comic books, video games, animated movies, and live-action movies. In short, Hellboy is a half-demon who was summoned to the Earth by Nazi occultists but recovered by Allied forces, with the result that he was raised as a normal boy by Professor Trevor Bruttenholm. Due to this, Hellboy grows up to be a gruff but good-natured individual who becomes a member of the Bureau for Paranormal Research and Defense, which is why he meets a wide range of supernatural entities under less than friendly circumstances.

Unfortunately, Hellboy is the subject of prophecy. One of his most stand-out features is his right hand, which is sometimes called the Right Hand of Doom because it possesses the power to release the primordial entities called the Ogdru Jahad that were imprisoned after the creation of the world. As a result, Hellboy seeks to keep his right hand from those that would use it to bring about the end of the world.

Having said this, it is interesting to note that a new Hellboy movie is coming out in April of 2019. This won’t be a continuation of Hellboy and Hellboy II that came out in 2004 and 2008. Instead, this will be a reboot that will be much closer to its source material. For example, it seems that Hellboy will no longer be a secret in the new Hellboy movie, which was something invented for its predecessors by their director Guillermo del Toro. Likewise, there are characters showing up in the new Hellboy movie that never managed to make it into its predecessors, with an excellent example being the special operations soldier named Captain Ben Daimio. Of course, the biggest change might be the fact that Hellboy will now be played by David Harbour rather than Ron Perlman, which has already encouraged a wide range of interested individuals to make comparisons.

How Does David Harbour Compare to Ron Perlman?

For starters, there are some people who have commented that Harbour looks more like the comic book character than Perlman, which is rather remarkable because Perlman as Hellboy was one of the most faithful depictions of a comic book superhero on the movie theater screen. As such, most of the differences between the two depictions are relatively subtle in nature, with an excellent example being how Perlman’s Hellboy made a deliberate attempt to imitate the squared angles and streamlined shapes that are characteristic of Mignola’s art. Due to this, the depiction looked like its source of inspiration but ended up looking unreal because of it. In contrast, Harbour’s depiction retains the essence of the character but manages to look more like he fits in, which is desirable because the character is very much a part of the society that he protects. After all, while Hellboy is technically half-human and half-demon, he literally has honorary human status because the United Nations awarded him with such.

Moving on, it has been said by Mignola that Harbour’s version of the character will be a more serious and more dramatic version of the character. This doesn’t mean that either one is wrong. Instead, it would be more accurate to say that both depictions are based on existing elements of Hellboy’s character but choosing to play up different aspects to better-suit their respective movies.

Ultimately, interested individuals will have to wait until the new Hellboy movie comes out to form a final judgment when it comes to Harbour’s version versus Perlman’s version. People who are already familiar with the Hellboy franchise from the comic books should be particularly excited because the movie is expected to cover the events of Hellboy: The Wild Hunt, which boasted a big story with big consequences. As a result, if it proves to be successful, there is a chance that interested individuals could get further live-action adaptations of the source material, meaning that there could be Hellboy movies for years and years to come.

(click to enlarge) Part of the fun of coming up with sci-fi is imagining what the future will be like. Predictions are almost always certainly wrong, but it’s fun to speculate about anything. In the…

After seeing Cabin in the Woods this past weekend, I was reminded of how great a horror film can be when it steps outside the confines of its genre. This isn’t to say that “traditional”…

So I know that an hour ago, I was making fun of Avatar‘s plot which has apparently been completely stolen from Pocahontas, but jokes aside, this movie is just destroying at the box office, and…

I think we’re starting to finally run out of Disney themed….things, which is why someone has turned to crafting perfume bottles based on various Disney Villains. Not to say these aren’t completely awesome, because they…