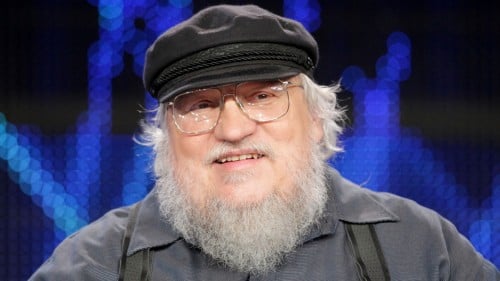 There are two factors that worry fans of George RR Martin and his Song of Ice and Fire series. One, he takes forever to write the books. Second, at age 65, he’s not exactly the picture of health and fitness. It would be sad enough if he died for obvious reasons, but even sadder if he did so before finishing his beloved fantasy series. And he wouldn’t let anyone step in and finish it, according to a recent interview.

“I don’t think my wife, if she survives me, will allow that [others writing in Westeros] either. But one thing that history has shown us is eventually these literary rights pass to grandchildren or collateral descendents, or people who didn’t actually know the writer and don’t care about his wishes. It’s just a cash cow to them. And then we get abominations to my mind like Scarlett, the Gone with the Wind sequel.”

I can understand not trusting another writer with your series. As painful as it would be, it would probably be better to let it be a mystery than have it keep going. I do remember him saying that he told the creators of HBO’s Game of Thrones how the series is supposed to end in case he dies.

He goes on to talk about how he likes what the Tolkein estate did with his work:

“I’ve always admired [J.R.R.] Tolkien and his immense influence on fantasy. [And] although I’ve never met the man, I admire Christopher Tolkien, his son, who has been the guardian of Tolkien’s estate who has never allowed that. I’m sure there are publishers waiting in the wings with giant bags of money just waiting for someone to say ‘yes, go ahead, let’s write Sauron Strikes Back’.”