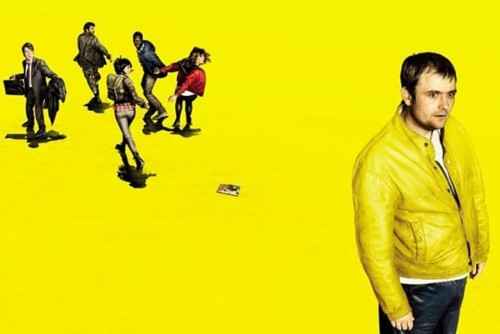 We should all have a healthy respect for UK television by now. Sure, their seasons are like six episodes tops, but they often get more done is those six episodes than some American shows do in sixty. On top of that, they are occasionally willing to go where our shows simply won’t. Some of them find an audience like Orphan Black, some of them get remade like Being Human, some get lost in the shuffle like Hex, and some of them are just too awesome and confrontational to ever swim in the mainstream as they are like Dead Set or Black Mirror. But more often than not, you can count on UK horror/fantasy/sci-fi to deliver the goods in spades.

Utopia, I think, is a show that could fall in between all of the above categories. It’s got most of the elements that make for a successful modern series, and chief among those elements is shadowy conspiracies complete with betrayal, grey morality debates, and distrust of authority in favor of individual rights. This one is a bit too hardcore to lump with Orphan Black, nor is it as brilliantly satirical as Black Mirror. It could end up being forgotten on this end, but it’s a definite contender for an Americanized remake provided they tone down the violence.

Okay, the premise: a group of online friends who bonded over their appreciation of a rare comic book named The Utopia Experiments decide to meet in real life. The comic turns out to be the key to a horrific conspiracy and our heroes end up being hunted relentlessly for their copy by an organization called The Network that has zero qualms about torturing and killing anyone who has seen it. And god help you if you don’t know where Jessica Hyde is. 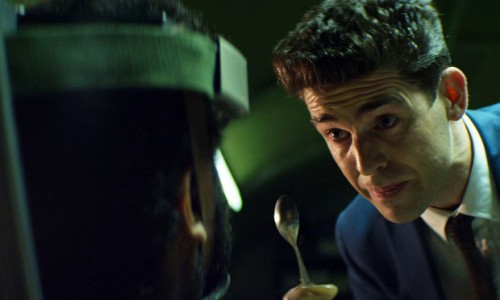 Is there any possibility of this ending well?

It’s a really simple set-up, but as with most stories the beauty is in the execution and the questions raised along the way. In this case, it’s the classic “needs of the many against the rights of the few” argument that ends up in the forefront. One of my favorites. I also really enjoy the premise of online friends from diverse backgrounds being thrown together because of their love of a comic book.

Utopia has garnered quite a bit of praise for itself, as well as some controversy. A quote on the front of the UK DVD set compares the show to Twin Peaks, No Country for Old Men, and Stanley Kubrick’s The Killing. If that doesn’t make your head spin enough, I’d throw in some Argento too. I’d also like to point out that the DVD’s have the best main menu ever.

The look of the show is its defining trait, as it utilizes an attention-grabbingly atypical color palette. Some rooms have green walls and some scenes have red lighting, for instance, giving the proceedings an off-kilter look to match the tone. It may seem like a superficial way to stand out, but considering that relatively few films and TV shows utilize off-putting colorization as a visual device, it feels refreshing. 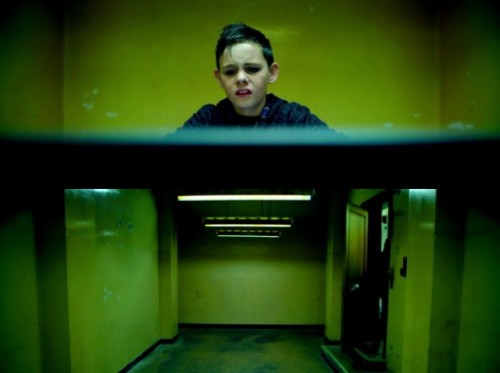 And cheerful. Did I mention cheerful?

Utopia pulls few punches. Nobody is safe from anything. Women and children are slaughtered, people are permanently maimed, and an episode featuring a man walking into a school and shooting everyone in the vicinity aired a mere month after the Sandy Hook tragedy. And the level of violence portrayed is not exactly PG-13. In fact, it’s arguably nastier than most horror flicks, although it’s not the show’s focus.

While there was harsh criticism about the frank and brutal onscreen portrayal of violence, it holds up extremely well under artistic scrutiny. Utopia’s creators have explicitly stated that they wanted the violence to be disturbing. They feel that the sanitization of killing that takes place in popular culture is wrong and that it should be portrayed as realistically and dramatically as possible so that people are forced to face the unpleasantness of violent acts and see them for what they are; the devastation and destruction of human lives via horrific bodily harm. One can hardly argue with that logic.

The title Utopia itself is an interesting and fitting choice for the show. History and fiction alike are jam-packed with atrocities committed in the name of making the world a better place. A theoretical utopia is nothing but a real dystopia waiting to happen. 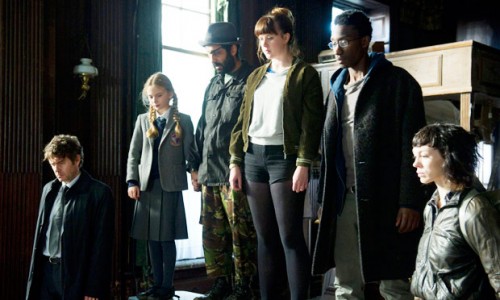 This is them looking at it classically.

The cast is noteworthy, featuring diverse archetypes somewhat resembling the UK equivalent of shows like The Walking Dead. The paranoid tough-as-nails survivalist, the resident conspiracy nut, the MI5 agent on the hunt, the willful college girl whose father died of a mysterious illness that could be related to The Network, the little girl with an affection for the work “twat”, the robotic killer relentlessly on their tracks; these are just a few of the characters on hand for the proceedings, few of whom trust one another as sides are swapped and lines between them are blurred quite regularly.

What the story eventually comes around to during the first season is a real world problem that mankind is eventually going to have to face head-on, and the implications are frightening because this isn’t all that farfetched.

We all love a good conspiracy in fiction, but shockingly few of us are willing to admit that perhaps the collective brainpower that has allowed people to build convoluted systems of government and massive cities, run international economies, create incredibly intricate and sophisticated art, and explore outer space could be turned toward a more sinister purpose. Sure, we’re capable of genocide and war, but a conspiracy to attain wealth and power or commit an atrocity oh human rights in the name of the greater good? You’d think it was impossible.

The goal of The Network turns out to be a compelling one and it definitely makes you think about what a group of determined like-minded individuals could accomplish. If a crew of third world residents can conspire to bring down the two most prominent buildings of the biggest city in the most powerful and well-defended nation on Earth with its own transportation system, you really have to wonder what could be accomplished if a more sophisticated terrorist network learned to do science.

While there are arguably better shows on the air, there aren’t a lot of them, and none are quite like this. Utopia draws on classic science fiction and conspiracy thriller tropes, but blends them with modern sensibilities while keeping the story grounded enough to be believable. This mix makes it more than worth your while. Like the episodic Black Mirror, it’s unlikely to make its way stateside, but Utopia’s twisting ongoing narrative should definitely join that series on your list of kickass foreign shows to seek out. Season 2 oughtta be a doozy.

In the meantime, a little something to get you started on season 1.