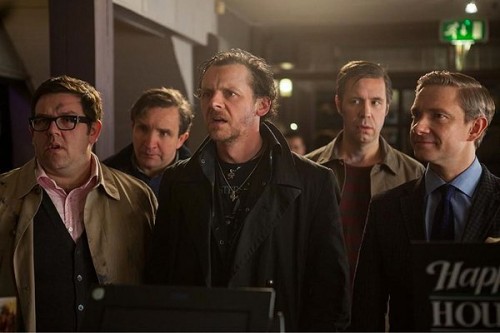 Trilogies usually make sense. There’s a first film that’s usually rather good, followed by a sequel that’s either worse or better but never usually the same. The third film tends to be the worst of the bunch, and only rarely it surpasses the others. There’s one universe for all three, one cast of characters, one overarching story. Well, most of the time that is.

Then we have the Cornetto Trilogy, the trilogy most won’t even realize IS a trilogy. They’re the triad of comedic works by Simon Pegg, Nick Frost and their director, Edgar Wright. The first two entries were Shawn of the Dead and Hot Fuzz, and now we have the grand conclusion in the form of The World’s End.

They don’t share a universe or even characters, merely actors, and a concept. Two rather goofy men (Frost and Pegg) against a horde of monsters, be they zombies, murderous townsfolk or in The World’s End’s case, robotic replicants. Now that the final film has been released, it’s clear that the overall quality of the trilogy has managed to be exceptionally high through all three films, though I will say that I did find this last installment to be the relative weakest of the three, if only just. Sorry, but it’s just that damn third movie curse. 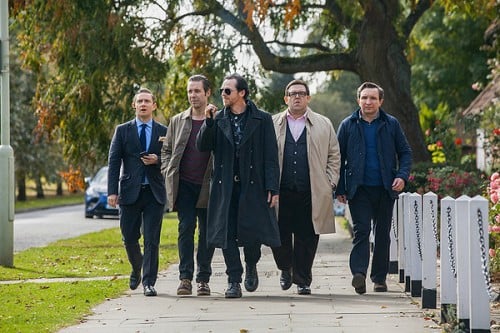 “The Boys are Back in Town” is surprisingly never played.

This time around Pegg is Gary King, a guy who was once the coolest kid in school, but failed to grow up into anything more. His life is more or less an ongoing disaster, and as one last ditch attempt to relive the glory days of his youth, he rounds up his old gang of friends try and complete a lengthy pub crawl in their hometown, something they failed to do when they were twenty years younger.

Gary tricks each gang member into heading back home to complete the “Golden Mile” by saying all the others are already going. Once they get there, they find 12 pints in one night is going to be a bit tougher in their old age, and some, like Andy, don’t even drink anymore. They deal with Gary’s obnoxiousness, bad hometown memories and of course, killer robots. 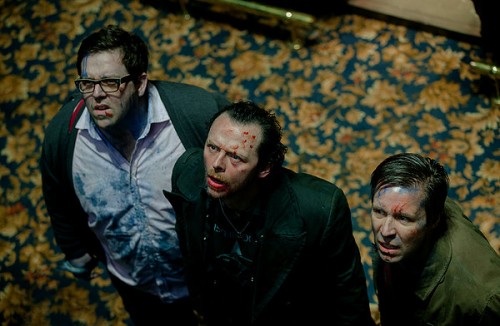 Yes, that’s the twist that wouldn’t make a lick of sense in any other movie except one in the Cornetto Trilogy. Turns out that the residents of Newton Haven have all been replaced with replicant robot versions of themselves who turn hostile once their secret is discovered. Fortunately for the boys, the robots appear to have roughly the same durability as Cadbury Easter eggs, and their blue goo-filled heads split open easily, and their limbs can be torn off like tissue paper.

As the boys are somewhat drunk from the first few pubs where robots didn’t attack them, they think the best plan is to continue the bar marathon like nothing’s wrong, in order not to alert the replicants. This idea is spearheaded by Gary, and even if he’s in the middle of an all-out robot free-for-all, he’s sure to have a pint in every bar. Things get weirder and weirder as the replicants begin to show up as ageless figures from their past, and the grand finale is so wacky there’s no earthly way you can see it coming, despite the hints along the way.

The robots are weird, and really this whole concept is bizarre, though that’s not necessarily bad. The zombies from Shawn of the Dead are more easily understood, and the crazy townsfolk from Hot Fuzz are a more hilarious reveal, however. I understand the grand plan in the end, but the whole thing feels like sort of an average Doctor Who episode. 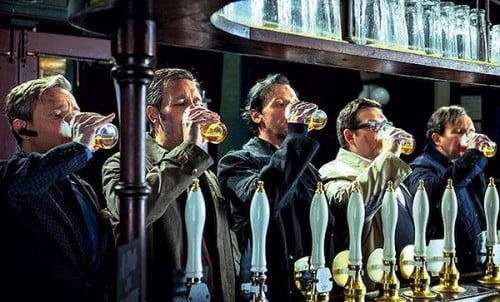 But the film does a lot of things right. As always, the script is wickedly clever, and again, there’s an emotional punch to it which unsurprisingly involves Frost and Pegg’s relationship. Gary is forced to deal with a life wasted not just through nostalgia about the good old days, but also serious substance abuse. By means of killer robots. Goofy, but that aspect of the film works.

Outside of Pegg and Frost however, I was a bit disappointed with the supporting cast in The World’s End. The other guys are good for a laugh, but only Pete has anything approaching a compelling side-story. Then there are other extraneous characters like Oliver’s sister played by Rosamund Pike and Pierce Brosnan as an old teacher who serve such minimal purpose it’s a wonder they’re there at all.

The World’s End is a great comedy, and I only criticize it because its two compatriots are among my favorite films ever. This third installment is certainly worthwhile, but it just didn’t quite capture the same magic for me as the others. But perhaps that’s just me wishing for the glory days.

Comic-Con is just over a month away, but it’s about that time when you should start strategizing about what costume you’ll wear to it. Showing up in your Unreality t-shirt might be the best option…

They say in making a movie or play, casting is 90% of the job. Having been in theatre on both sides of the stage for the majority of my life I can tell you…that number… 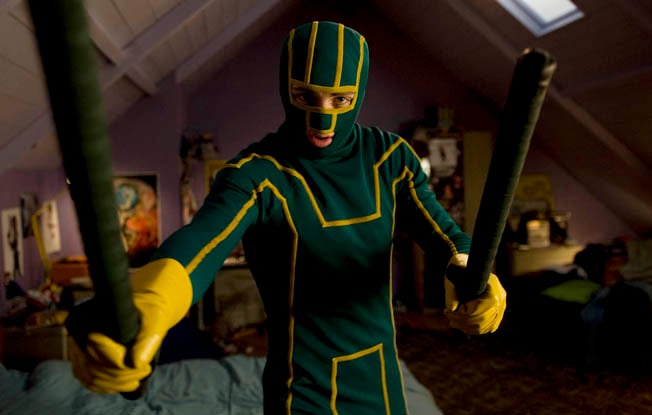 I’m a 22 year old male, raised on a diet of comic books and violent video games. I grew up wanting to be Batman, but eventually decided it was enough to blow the heads off…

(click to enlarge) Star Wars is already the most commercial movie franchise on the planet, with entire movies being fashioned around how many toys they’re going to be able to sell, but what happens when…

It has often be said through time that when the world finally ends, it will end with a whimper, and not a bang, but you ask us who were in Boston over the last month,…

When you’re pushing seventy years old, it’s a good idea to have a stunt double (or two) on the action movie you’re working on. But as his role was unique in the Lord of the…