In this day and age of new media, stubborn institutions refuse to adapt to the changing landscape,continuing to overcharge for goods or services that aren’t worth the asking price. But as we’re so accustomed to these scams, we keep shelling out for them anyway, so really it’s almost just as much our fault.

A lot of these things we just accept as standard, when really we’re getting ripped off to a pretty huge degree, and our “leisure” budget is taking a big hit as we spend inefficiently on these items.

Check out my list below, and make steps to change your buying behavior so hopefully these situations can be rectified some time before I die. 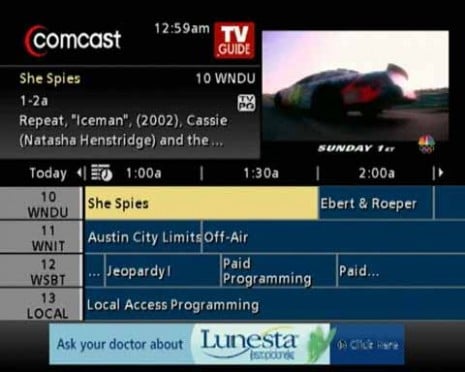 Good lord, I’ve been frustrated by this for years, but it’s not getting any better, and in fact, is most getting worse.

How many channels do you actually watch out of the 200-1000 you have access to? I would say at the absolute most ten. I will never watch a single minute of 99% of the channels I’m paying for, because I don’t have an option not to.

And furthermore, on each of the channels you DO watch, how many shows do you watch ON them? I may want to have FX for Sons of Anarchy, or NBC for its Thursday night lineup, but that’s one or two hour out of a 168 hour week. And that’s just on one channel.

Television needs to move to a microtransaction model. And fast. There is no reason to pay $60-$100 a month for hundreds of thousands of hours of TV you’ll never, ever watch, not to mention an additional $10 for a HD box, and another $15 for a DVR.

Ideally, TV and the internet will merge, and there will be an iTunes-like store where we can buy individual shows for a few dollars. Yes, you can do this now with a enough technical prowess, and I’ve considered cancelling my cable and just pirating or Huluing EVERY show I watch, but I haven’t pulled the trigger yet.

But the problem is, we keep paying for it. My cable and internet bill is $130 a month after Comcast’s BS promotional offers ran out, and I can’t pry myself away from it because I want to be able to watch shows the night they air, or casually watch CNN as I make dinner. But the other 990 channels? I couldn’t care less, and I feel like I’m throwing money away, buying an entire henhouse when all I want is a few eggs. 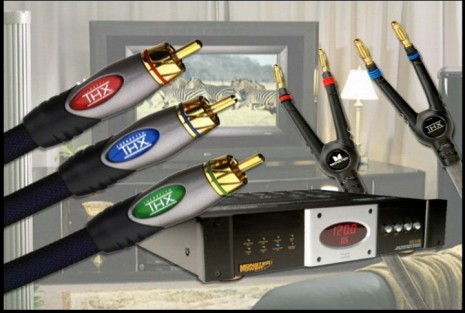 Fun facts for the technologically illiterate out there. Never, ever buy any sort of audio, video or internet cable from an electronics store like Best Buy. When I worked there, you get an employee discount of at cost, plus 5%. That wasn’t much on things like DVDs, but for cables? You could get an $150 “high quality” video or audio cable for under $20. It’s the biggest scam in the electronics business.

Companies like Monster exist solely based on price inflation, pushing the belief on people that there is actually a difference between a $200 video cable, and a $12 one you can find on Amazon. As a million tests have confirmed, the difference between them is negligible to almost everyone.

Consumer protection websites like The Consumerist have devote endless amounts of digital ink to companies like Monster, and the moral of the story is to just find generic brand cables online, and hopefully these scamming companies will learn their lesson and either go out of business or adjust their prices accordingly. 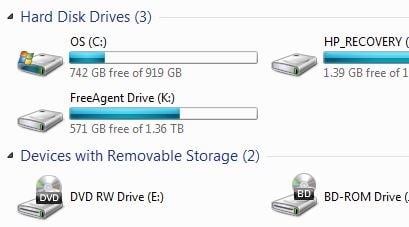 I still don’t understand this one to this day. When you buy a new computer with a 1TB hard drive, you would expect to have your computer come with, I don’t know, a 1TB hard drive. Sure, the operating system and installed junkware would take up some space, but what happens when I boot it up?

What? OK, so there’s the 30GB of OS and crapware, but WHERE THE HELL DID MY OTHER 81GB GO? It wasn’t even listed as having existed and just that it’s filled. It’s not even THERE.

And this extends to nearly every device that has a hard drive. I bought an 8GB iPhone because I had about 7.5GB of music. But what does it start with? 7GB, making me delete 750MB of music to fit my collection on there.

The worst offender in my eyes are external hard drives. I turn on my Seagate 1.5TB drive for the first time, and what do I find? 1.36 TB free. How do you just LOSE 140GB? There is no OS here, nothing that would explain that much space just vanishing, and I think I’m entitled to a 10% discount as that’s how much of my damn product is missing. 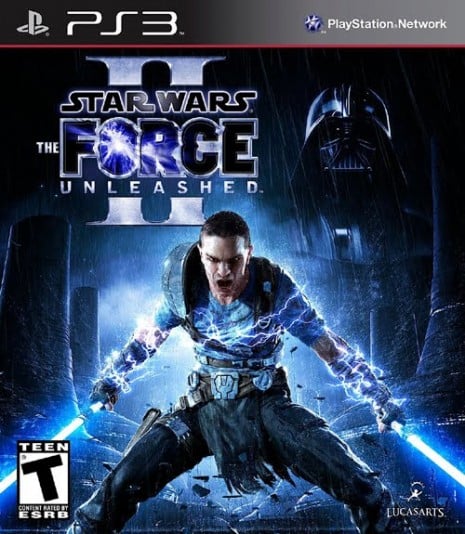 Sometimes, you will get your money’s worth in a game, as pouring 100 hours into a title will net you a pretty cheap value per hour sum. On others however? How can a four hour campaign on The Force Unleashed 2 compare with 200 hours you can easily sink into Oblivion? How the hell are these two things the same price?

$60 itself is pretty steep for a title, and is far beyond other media like movies, TV and music. But the problem is, the market has shown itself to be willing to pay this much, and so these prices will stay indefinitely.

I thought that perhaps with the move toward digital, prices would be lower as the middleman of Gamestop or Best Buy was being cut out. But no, that just means more money for the studios, and you think they’re just going to give a discount because they’re nice?

Stores like Steam are combating this trend, with huge discounts and sales on a routine basis. This is great for PC, but a console equivalent is needed desperately, though I fear we’ll be paying the same prices for games for a long, long while. 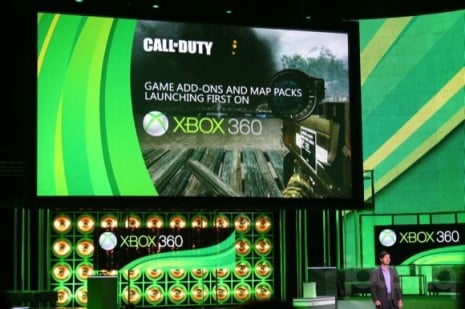 Continuing in the video game arena, DLC is fast becoming a new trend to steal our hard earned dollars when we’ve already plunked down $60 for the game. Now, let me be clear, not all DLC is evil, and there are some packs that are well worth their money.

But I’m pointing a finger at series like Halo and Call of Duty, who release map packs for $10-$15, a quarter of the price of the game itself.

There will usually be 3-5 maps in each pack, and half of those will likely be “reimagined” maps from previous games, ie. copied with new textures. You could buy four map packs for Halo, get 12 new maps and have paid the same amount you paid for the game in the first place.

I’m sure map design isn’t easy, but it sure as hell doesn’t take 25% of the time it took for you to develop the entire game. This is blatant price gouging, and sadly on perpetuated because we the people keep paying anyway. 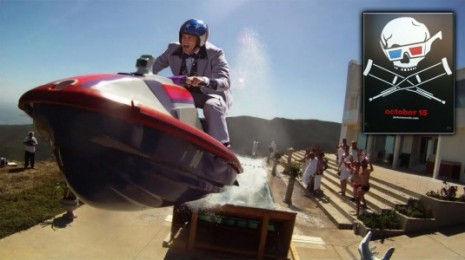 I’m noticing a disturbing new trend at the movie theater lately where I’m paying almost double for movie instantly now. Every other movie these days is in 3D, and the problem is, 2D options are become more and more scarce. For example, Tron Legacy was playing in three different ways this weekend: IMAX 3D, regular 3D and 2D. Unfortunately, 2D only had a few select times I couldn’t attend, so I was left choosing between the other two, meaning that my $7.50 student rate ticket was now automatically $14 at the very least, an almost 100% increase.

Even worse, some movies I’ve found don’t even have a 2D option sometimes. I really did not want to pay $14 for Jackass 3D, but I was given no other option when I arrived and saw that 2D wasn’t even available at the theater, nor at any within miles of me.

As more and more movies are 3D, and that format becomes standard, I’m worried that these massively inflated ticket prices are also becoming standard. I think that depth of field 3D is a logical progression for movies (though I still hate the glasses), but an evolution in the technology is NO reason to increase ticket prices 50-100%. They will tell you that the cost of the glasses is what jacks things up, but let me keep my damn glasses and I’ll eliminate that cost for you straightaway. Showing a movie in 3D costs almost nothing extra for the theater, and there just isn’t justification for that huge of an increase in price.

There is a central thread running through each of these problems, and it’s something I’m guilty of myself. We keep paying these prices despite knowing we’re being overcharged. That’s the only reason the prices exist in the first place, because the market has said that’s where they should be, as it’s what we’re willing to pay, despite often not getting something of equal value in return.

My advice? I’m not sure. It’s hard to fight the establishment, as I don’t know what can even be done about problems like hard drive space. But a 2D ticket, cancel your cable and watch everything online. Rent Force Unleashed 2 instead of buying it. These are concrete steps that can eventually change these industries, but it’s going to be a long, hard fight to get there. 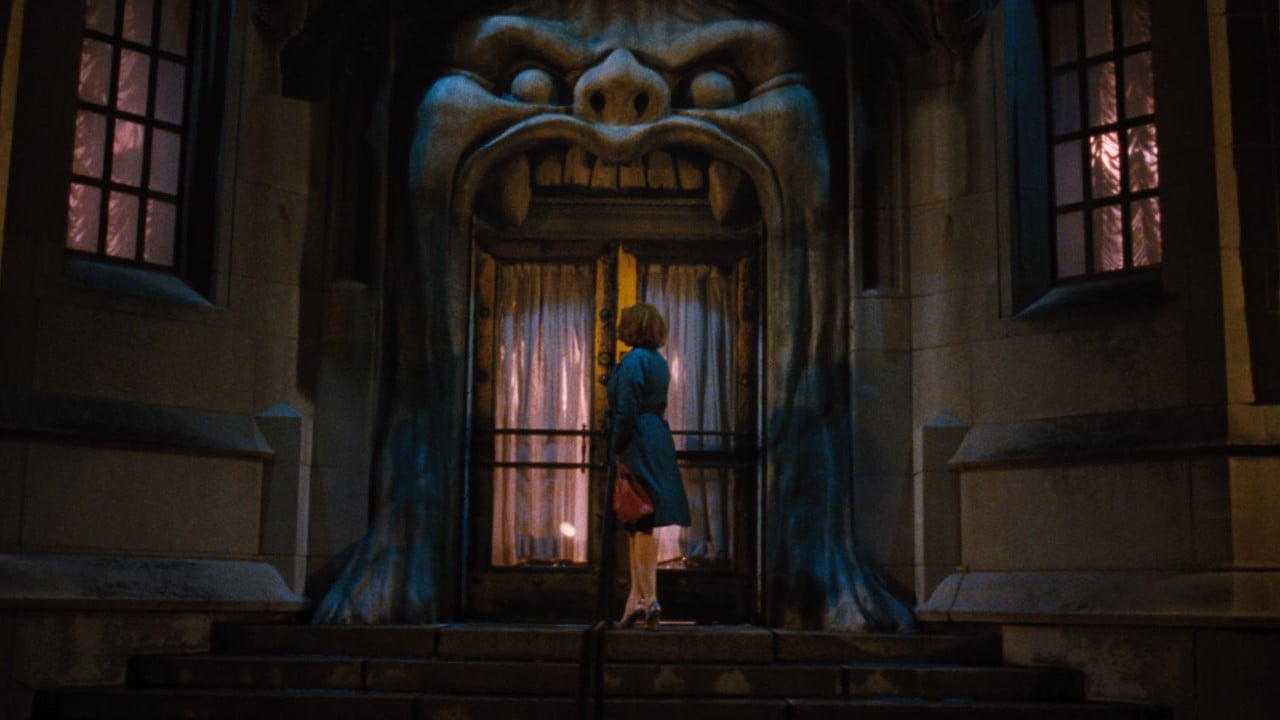 I really like this clever gaming passport design by htCRU. It’s main purpose is to be a t-shirt, not fit in your pocket, and you can buy it at the link there. There’s quite a…

The Iron Throne on Game of Thrones is one of the most  iconic props in TV history, but did you know it’s not really at all how author George RR Martin envisioned it? He took…

You  may remember Black Milk as that company who  made the R2-D2 swimsut that a bunch of awesome nerdy girls bought until they were shut down by George Lucas. Well, Mr. Lucas has come to…

httpv://www.youtube.com/watch?v=rX0F3kY3uxU Outside of Christopher Walken, Michael Caine is probably the most impersonated celebrity voice out there, so much so that the phenomenon has gotten back to him and he’s a bit offended. Here he does…

Kids love video games already, but how do you get them into them at an even younger age? Why, make storybooks out of them of course. That’s the project of animator Joebot, who hasn’t fashioned…