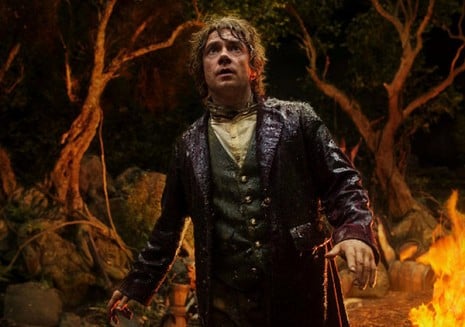 There’s nothing wrong with turning The Hobbit into a film. It’s a fun story, and though a bit lighter than the epic Lord of the Rings trilogy, certainly could be worthwhile if brought to the big screen by the same man, Peter Jackson.

But what’s not a good idea? Turning The Hobbit into a trilogy. The story is a bit thin and meandering as is, and stretching it into not only a pair, but a trio of films is a poor storytelling decision, and the result is likely to be a pale imitation of the fantastic trilogy that came before it (well, after it chronologically).

First, a refresher for those who haven’t read the book since middle school. The Hobbit tells the tale of Bilbo Baggins (Martin Freeman) sixty years before his nephew Frodo (Elijah Wood in a brief cameo) started his journey to deliver the One Ring of Power to Mordor. When an old wizard named Gandalf (Ian McKellen) shows  up at Bilbo’s doorstep with an lively company of dwarves led by their prince, Thorin Oakenshield (Richard Armitage), he’s sucked into the adventure whether he likes it or not. 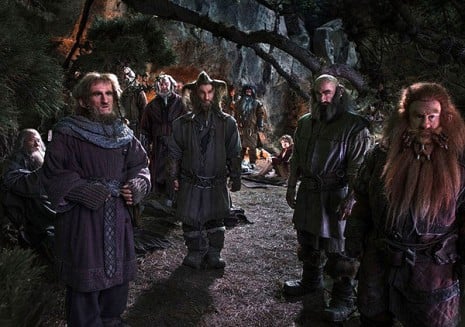 Their quest? To reclaim their former home, the Lonely Mountain now occupied by an invading dragon named Smaug who butchered their people and currently rests upon piles of dwarven gold. The small company enlists the stealth of Bilbo to help them sneak back into the mountain and slay the dragon, though they encounter many other challenges along the way.

What becomes immediately apparent is that this is not Lord of the Rings. Yes, it’s the same universe, and many of the same characters appear, but it’s clear that this is going to be two very different trilogies. There’s a distinct emphasis on humor this time around, with the company of burping, farting brawling dwarves a more lighthearted version of the mostly solemn fellowship from the later trilogy. Sometimes the comedy works, but most of the time you’ll get a mere chuckle at best.

Everything just feels smaller here. There are no epic battles with entire armies duking it out. There are encounters with a trio of trolls, a herd of orcs and then an underground city of goblins, the last of which is really the only worthwhile action sequence in the film.

As for the rest? A lot of walking, singing, talking and other things that many probably won’t find all that interesting. Though the dwarves are a goofy bunch, nearly all of them blur together and there’s only a few that seem like they have distinct personalities other than Thorin Oakenshield himself. That leaves Bilbo and Gandalf to carry most of the dramatic weight as the vast majority of the dwarf company is present purely for comic relief.

“I keep getting older but they stay the same age.”

The highlight of the film is without a doubt Martin Freeman’s Bilbo. He’s fantastic in the role, and far more fun and likable that Wood’s Frodo from LOTR. He starts out with the right amount of timidity, but slowly gains courage over time, to the point where by the time the film wraps, he’s accepted into the dwarven gang.

The main problem here is the running time. At two hours and fifty minutes, the film is sprawling without doing much to justify that kind of length. The worst part is, when the film ends, they’re still a huge distance away from the mountain and the dragon. this isn’t taking three books and making three movies. This is taking one book and making it three movies. As such, it feels incredibly bloated and ultimately unsatisfying as you sit through three hours of relatively minor events only to end up leagues away from where you thought things would end.

There’s about an hour’s worth of a good movie in here, which includes about ten minutes of the intro and fifty of the ending. The battle in the goblin city was great, and far and away the best scene in the film is Bilbo’s tense interaction with Gollum. The technology has evolved to the point now where you can see Andy Serkis underneath Gollum’s skin, and the effect creates a creepier character than ever. Unfortunately, it’s one of the few highlights in an otherwise uninspiring film. 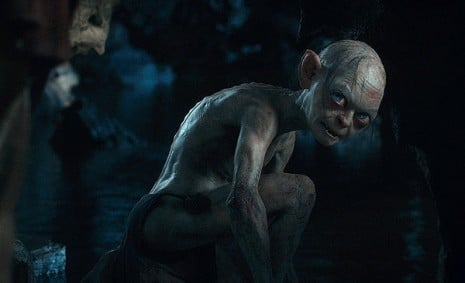 Best supporting cameo? That should be a thing.

The main problem here is storytelling. There was a way to make The Hobbit one hell of a great film. Yes, it would have required cutting down on Tolkein’s lengthy explanation of many events, but that was something the other films did to great effect. But they’ve doubled down on the “filler” content with news that the third film is actually drawing on the author’s appendices for more material. It makes this feel like a cash grab rather than what was actually best suited for the story. This may have been a fun feature film if edited correctly, but it’s already clear from this first movie that if other films are going to be stretched the point of absurdity like this one, it’s going to make for a languishing trilogy that isn’t remotely close to the quality of the other films.

One final note, I opted to see The Hobbit in High Frame Rate (HFR) which is something new Peter Jackson tried that increases the frames per second from 24 (standard in most films) to 48. The result? Well, remember when I wrote that piece about the HDTV effect that makes everything look like a soap opera? That it looks like you’re standing on the set of a movie rather than watching a movie? That’s how this feels. It’s SO real that  it looks fake, if that makes any sense. Often times you feel like you’re watching a movie being filmed, rather than living the cinematic experience. It’s an effect that takes at least a solid hour and a half to get used to, and ironically the more CGI is on the screen, the more immersed you end up feeling away from actual human actors. It creates a crystal clear picture sure, but it’s an unsettling effect. Perhaps I’ll be an old fogey ranting about “when movies felt like movies!” if this tech is widely adopted, but there’s just something…off about it that had me consider asking for a refund as I didn’t think I could deal with it for three hours.

No, The Hobbit series won’t be like the Star Wars prequel trilogy, as it’s not an abomination, but it’s not going to be nearly as beloved, that much is already clear. It’s sad to see good pieces buried in a bloated film. This is simply a story that doesn’t need nine hours to be told, a decision that won’t please anyone other than the most die-hard fans. Adapting a book for film requires tough decisions, but it appears many of the wrong ones have been made here.

This is a pretty cool art project from Fro Design Co. It’s a series of fictional business cards based around TV shows and movies you all know. You can buy the entire thing as a…

(click to enlarge) Now that the Pirates series has officially run aground in terms of uselessness, one has to wonder where the series goes from here. Yes, they’re going to make more, as the franchise…

Sometimes I wonder if there’s some secret talent I might have, but I just haven’t tried enough stuff yet. Well, I guess I better get my hands on a razor, to see if I end…

I mentioned the movie Fearless on this site a few times but I’ve never actually recommended it.  And no I’m not talking about the Jet Li one.   In the past I’ve posted clips of scenes…

From our own Benny Bedlam via reddit via who-knows-because-reddit-doesn’t-source comes yet another Disney themed post that I could pass up. The artist’s central question wonders if Disney villains always HAVE to be so ugly while… 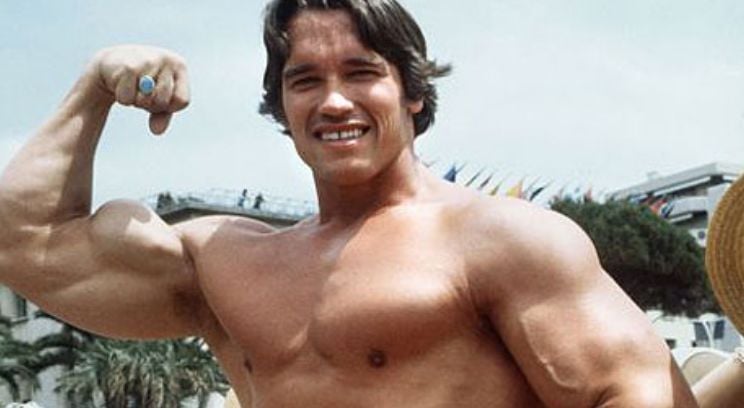