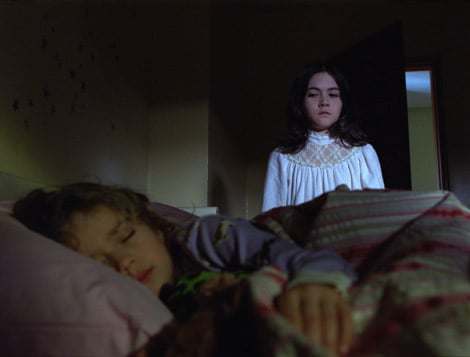 I haven’t seen a truly scary horror movie in quite some time.  I really liked Drag Me to Hell, but that was because it was campy, not scary.  I didn’t think Orphan was going to be very scary – how scary can a little girl actually be? – but I decided to give a shot anyway.  On second thought, The Shining girls freak me out, so maybe that’s a bad rhetorical question.  Still, I was somewhat curious as to what was really wrong with Esther, and so off to see Orphan I went.  Unfortunately, Orphan wasn’t remotely scary, and the “twist” at the end was somewhat predictable.  But that didn’t make it any less preposterous.  Some good acting prevented Orhpan from being a total disaster, but suffice to say, it still wasn’t very good.  Keep reading for the full review; minor spoilers ahead (I promise not to reveal the twist). 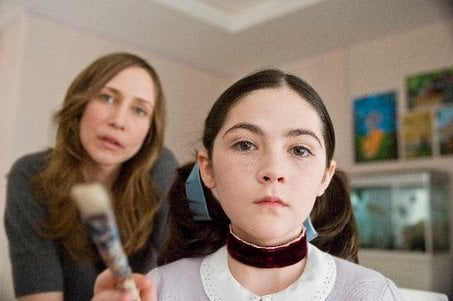 Vera Farmiga plays Kate Coleman, a married mother of two whose third child was stillborn.  The loss of Jessica, the would-be third child, haunts Kate, and she often has nightmares about the horrifying experience.  We also learn that Kate had a pretty bad drinking problem in the past, but it seems as though she’s over that now.  Peter Sarsgaard plays Kate’s husband John, who is an all-around good guy.  Still wanting another child, the couple decide to adopt.  They meet 9-year-old Esther, a charming, articulate, and talented orphan from Russia.  Of course, they adopt her.  If you’ve seen the previews, you can surely figure out what happens from here.  With many parallels to The Good Son,  Orphan features a manipulative, vicious young girl with the ability to charm those around her and kill without remorse.  The problem is, of course, that this just isn’t scary.

In fact, Orphan is pretty funny, but of course not intentionally.  It’s funny the same way that Child’s Play was funny.  When you see a doll (or in this case, a little girl with ribbons in her hair) holding a knife and swearing, it’s pretty amusing.  Kate seems to know that there’s really something wrong with Esther, but John -for whatever reason – consistently sides with his new adopted daughter and accuses his wife of hitting the bottle again.  The other children, meanwhile (daughter Max and son Daniel), are terrified of Esther, and rightfully so.  At first Max – who is deaf – becomes infatuated with Esther, but soon she learns Esther’s true nature. 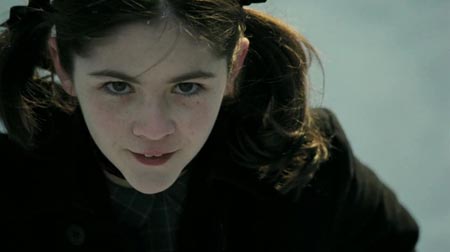 Besides the fact that little girls aren’t particularly scary (I mean, I could beat up like 15 of them), all the horror in Orphan comes in the form of things jumping out at you.  You know, cheap scares.  Even worse, we get two of the biggest horror movie cliches in the same movie: the medicine cabinet mirror opening/closing to reveal a figure in the reflection, and pretty much the same technique with the refrigerator door.  Really, it’s best to sit back and try to laugh at Orphan.  There is one somewhat memorable scene toward the end, but it’s much more creepy than scary.  You’ll know if you see it – I was half expecting Chris Hansen to show up.

But, this isn’t to say that I wasn’t entertained.  I don’t hate this movie by any means.  I think a lot of that can be attributed to the fact that the three stars – Farmiga, Sarsgaard, and Isabelle Fuhrman (Esther) – are all pretty good actors.  Farmiga held her own in The Departed alongside heavyweights like DiCaprio and Nicholson, and Sarsgaard is always adequate at the very least, so it was nice to see them in a silly horror movie.  The two of them had a decent chemistry, making the flirting and fighting seem authentic.  Farmiga in particular is great when she’s acting terrified. 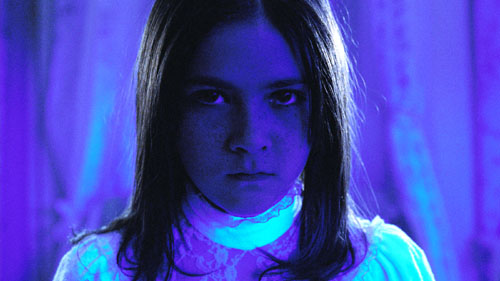 The real star, though, is Fuhrman.  She’s 12 years old and, according to her imdb page, was born in Washington, D.C.  She pulls off a decent Russian accent and comes across as both a deranged killer and a charming little girl, not an easy task for any actor, let alone one as young as Fuhrman.  I’ve no doubt that she’ll be getting a lot of work after this movie.

As for the “twist,” well, I promised I wouldn’t reveal it, but I will say this: it’s pretty easy to figure out.  A girl who always wears long dresses to conceal her body, has an expansive vocabulary and knowledge of “adult” words, and can paint and play the piano beautifully?  Clearly, there’s something wrong with Esther.  Unfortunately, there were a lot of things wrong with Orphan, too, most notably the fact that it was a horror movie that wasn’t scary.

httpv://www.youtube.com/watch?v=rEpyLzHeozY I don’t know if they still show this movie in high schools around the country but they really really need to.   I remember back in my senior year they played this in health class.  …

There are three things I remember vividly about my childhood: inline skates, Easy-Bake ovens and Jurassic Park. I gave up on the first two when I realize skorts were not cool. But I would never…

I don’t think there are many greater ways to get noticed while speeding on the freeway than to be driving a Lamborghini while dressed as Batman. Sadly, as awesome as this guy is, the long…

httpv://www.youtube.com/watch?v=t5whaRkuipU I’m not sure how I never put this moment on this website.  Is that even possible?  In one of the most classic 80s movies of all time it’s the ever so amazing “Truffle Shuffle.”  … 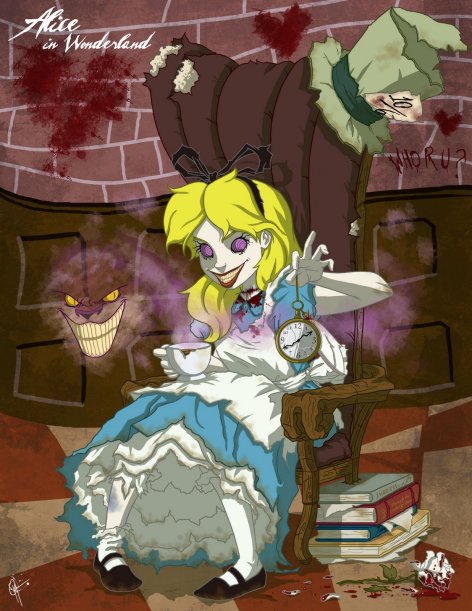 By now you’ve all heard of Disney buying Marvel.  In fact our man Mr. Tassi had his own thoughts on the subject.  And while the debates will roll on as to whether or not this…

(click to listen) I told you this was Guardians of the Galaxy day, didn’t I? There’s a lot to love about the movie, but it’s easy to overlook the soundtrack in the face of all…