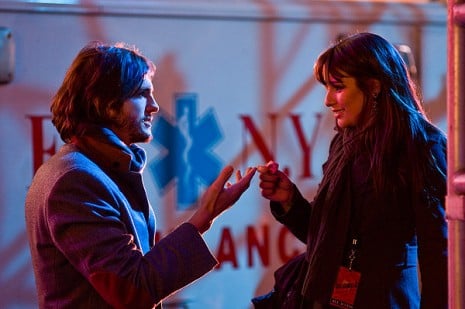 New Year’s Eve is less of a movie and more of pure “celebrity soup,” and I don’t mean the funny, Joel McHale hosted way.

It’s a sequel of sorts to Valentine’s Day, also helmed by Gary Marshall, but despite a few overlapping cast members, has nothing to do with the last film other than its core concept of “get a metric ton of celebrities to agree to act for twelve minutes each in this film based around a somewhat enjoyable national holiday.”

This concept has worked exactly once, in the form of the fabulous British Christmas flick, Love Actually, but that film succeed because of a brilliant script which interwove a dozen odd plotlines into one coherent story, with each character’s story being compelling and well-acted enough where it could have been its own film. 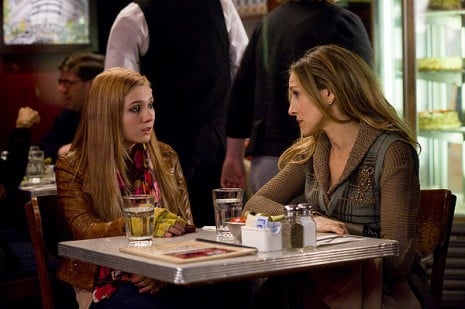 Took me a minute to recognize Little Miss Sunshine there.

The concept does not translate across the Atlantic it seems, and now for the second time in a row, Marshall has failed to replicate that success. New Year’s Eve is an even more lame attempt than Valentine’s Day was to craft a coherent whole out of disjointed pieces.

Character names mean nothing here, as the draw are the celebrity themselves, and this film has them in truckloads. Nearly all have been pulled to appeal to the overwhelmingly female audience that will flock to this film. That’s why there’s Glee’s Lea Michelle, Sex in the City’s Sarah Jessica Parker, Grey’s Anatomy’s Katherine Heigl and High School Musical’s Zac Efron, just to name a few. Throw in a few “hunks” for good measure (Ashton Kutcher, Josh Duhamel and strangely enough, Jon Bon Jovi) and a few Oscar winners for legitimacy (someone with a golden tongue convinced Hilary Swank, Halle Berry and Robert De Niro to show up) and you’ve got a ball rolling.

But the train just keeps running as Ludacris, Michelle Pfieffer, Alyssa Millano, Carla Gugino, Seth Myers, Jessica Biel, Common, Abigail Breslin, Sofia Vergara and freaking Til Schweiger all show up. I could keep going, but I want to finish this review by the end of the week. 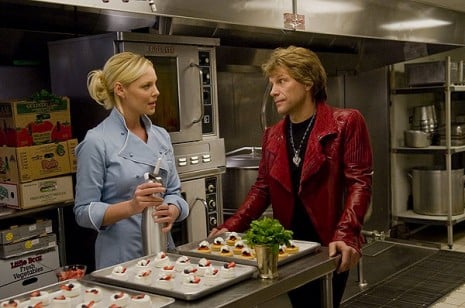 “Seriously, what the f*ck are you doing here?”

All of these actors are sprinkled across a number of cliché plotlines that involve things like a man (Duhamel) who mysteriously met a woman last New Year’s and must find her again. Or a cocky kid (Efron) who helps an uptight bag (Pfieffer) fulfill her New Year’s resolution list. Perhaps you’d prefer a slacker artist (Kutcher) trapped in an elevator with a perky backup singer (Michelle)? How about a woman (Swank) whose job it is to make sure the ball drops at midnight, but wait, THE BALL IS BROKEN!

Needless to say, there are very few compelling moments to be found in any of these stories, or the other fifty six I failed to mention in the interest of time. But worse yet, there are even fewer laughs to be found, as even in the solidly 90% female audience, I didn’t hear a chuckle for the first forty minutes of the film until Sofia Vergara showed up and started pronouncing things wrong. Even after the film was over, her accent alone got the biggest laughs of any joke in the film. I guess we all just could have stayed home and watched Modern Family. 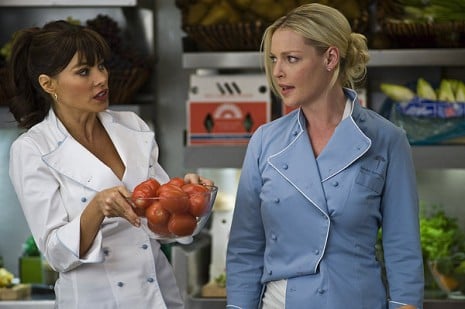 Sadly, this is not one of the love stories.

Every so often there’s a brief glimmer of actual emotion or a slight hint a joke that after a few rewrites may have landed a punch, but it’s nowhere close to a cohesive or compelling or even fun film in the least. They may have a hundred celebrities in your face at all times, but if all of them are phoning it in for four minutes of dialogue apiece, there’s nothing about their appearance that’s worthwhile, no matter how many Oscars they’ve won or tweens they’ve made swoon.

Even though I’m in no way the target market for a film like this, even those who this is supposed to appealsto will probably find New Year’s Eve lacking. There’s nothing wrong with romance and comedy, but it’s clear to see that this film only masquerades as having either, and that’s a facade that’s easy to see through from moment one.

The only worthwhile part of the Grammys this weekend (other than Taylor Swift’s soulful performance, *swoon*) was the new trailer for Angelina Jolie’s Maleficent. The movie is meant to show the “other side” of no… 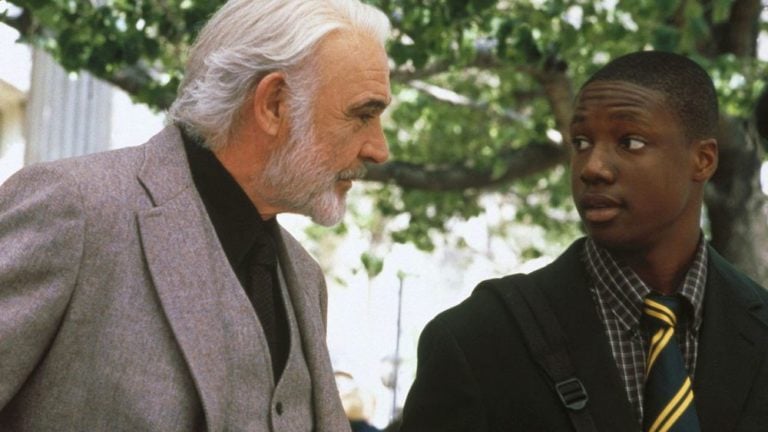 A movie writer is probably the most important person in the entire movie making team. People think so, because, without them, there wouldn’t be a movie. Despite this fact, they are always in the background,…

I never thought a collection of horrible murderers and miscreants burning in hell could be so adorable, but that’s exactly the case in this piece by 100%Soft, drawn up for Gallery1988′s Crazy4Cult “Say Hi To…

As of now, no machine has “passed” the Turing test.  In the movies, however, that’s a completely different story, as we’ve seen literally dozens of artificially intelligent characters whose programming functions at a level that…

I’m growing tired of the chorus of people crying about how the Saw series needs to die. I thought I was alone in this, but someone over at HorrorSquad shares my beliefs, and wrote a…

httpv://www.youtube.com/watch?v=3Zd_khk6zXo Look, I can understand Adidas’ recent, sudden obsession with Star Wars, because well, Star Wars is awesome, but now I think they’re kind of just trying too hard. This commercial features some pretty superb…