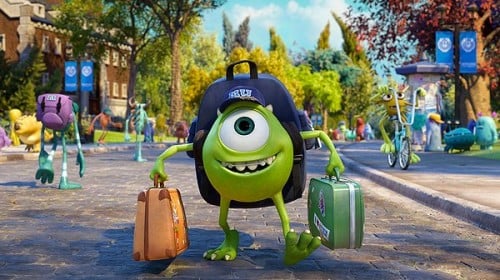 Pixar sequels. Compared to other film franchises, it’s relatively unexplored territory. Only two of Pixar’s famed films have spawned sequels until now, and they’ve either gone very well (Toy Stories 2 and 3) or been the brand’s biggest disaster (Cars 2). Fortunately for Monsters University, it leans toward the former.

The original Monster’s Inc may not top many people’s “favorite” lists when it comes to Pixar, an honor usually reserved for Toy Story, Finding Nemo or more recently, Wall-E or Up, but it was an incredible film all the same. It boasts perhaps one of Pixar’s most creative concepts to date, and considering the company, that’s really saying something.

The problem with sequels, or in this case, a prequel, is that the originality isn’t really a factor any more as we’re returning to an existing world we already know. To combat that, the story has to be absolutely killer, as was the case with the two Toy Story sequels.

Monsters U faces the common prequel problem of telling us things we already know. We know the end result of the adventures of Mike and Sully, though few people likely considered about what it took to get them jobs at Monster’s Inc. It’s one of those answers without a question, but the film does a halfway decent job of it all the same. I’m pretty sure the entire film was based around the concept of “what if there was a MONSTER COLLEGE?” and just went from there. 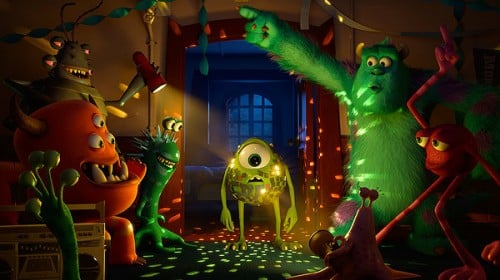 This was just a promo, not an actual scene from the movie, by the way.

We first meet Mike (Billy Crystal) when’s he quite young, a mere shrimp visiting Monsters Inc. on a class field trip. He meets an all-start scarer during the tour, and decides then and there it’s his life’s dream to have his job.

Flash forward through his formative years, and Mike is at college attempting to major in “scareology.” He’s booksmart, and knows every answer in class, but lacks the core component of scaring: Being scary.

Enter Sully (John Goodman), son of a famed scarer and in possession of the ability to scare without any of the book knowledge. Mike and Sully first meet as rivals when Sully gets inducted into the cool frat while Mike is mocked by popped collar monster-bros. But soon both find themselves kicked out of the scare program after the collateral damage of their feud upsets the dean of the university, Dean Hardscrabble (Helen Mirren).

Their only path to redemption is to win the Greek scaring Olympics, and the two of them join the same “loser” frat, the only one that will take them, in order to do so. The brothers of Oozma Kappa lack any real scare knowledge, and many training montages follow. 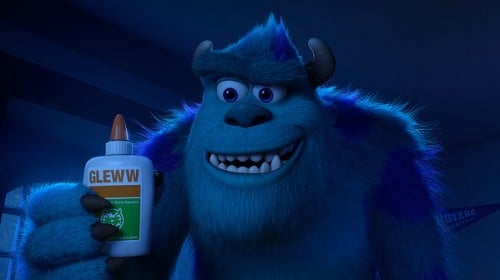 The concept of a Monster University is cool in theory, but in practice it’s not all that interesting. Buildings have teeth and horns, the students range from dog sized to practically skyscrapers, which makes you wonder how their curriculum works. Things really only start to get truly interesting with the school during the Scare Games, but even then, the film borrows pretty heavily from Revenge of the Nerds.

There is a real connection being forged between Sully and Mike here, and it’s definitely the dramatic highlight of the film. Their rivalry and eventual friendship feels authentic, but unfortunately, they’re really the only two monsters with much dimension to them. The film tries to humanize (no pun intended) the other geeky Oozma Kappas, but outside of a “teamwork rules!” message, there isn’t much to their involvement.

The highlight of the film is undoubtedly the ending, which rises above what could have been a very clichéd finale. You might expect the film to be over, but then it smartly throws in a turn that leads to a climax even more fantastic than what we saw in the first film. That’s all I’ll say, but if you’re doubting the film as you’re watching, just make sure to wait until the end to make your final judgment.

I’m not terribly sure this movie needed to exist, as I have little tolerance for prequels of any sort, but working within its limitations, Monsters University does okay. It’s just not an instant classic like 80% of Pixar’s other titles.

by David R. You guys may have seen this very well-produced, very underwhelming video floating around last week. If you don’t feel like watching, it’s essentially the latest in a long line of fan-made lists… 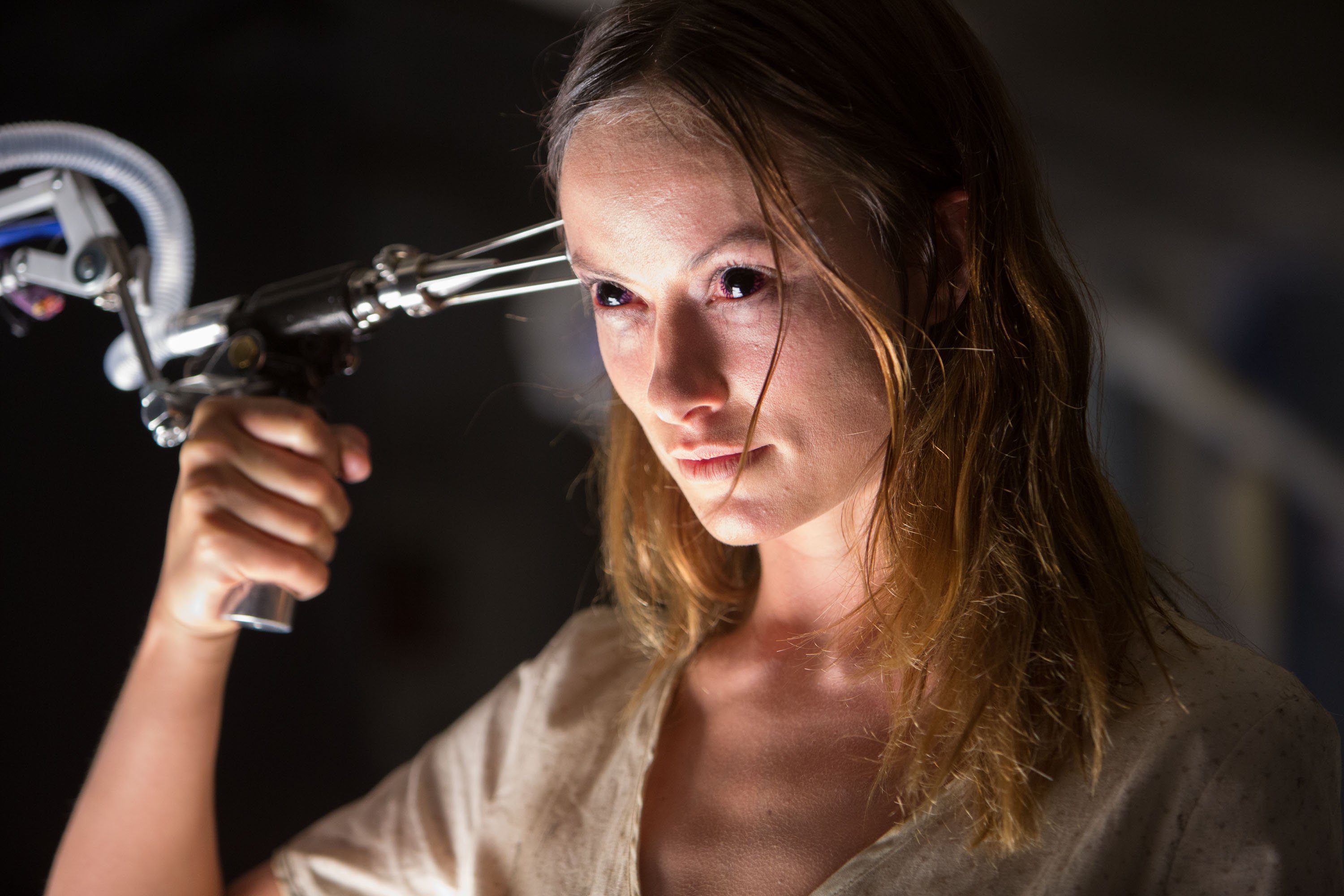 Well folks, it finally happened.  Despite their long history of immaculately conceived, pristinely rendered and unerringly good horror films, Blumhouse Productions has finally churned out a bad one.  The company that was somehow able to…

Another day of Disney redesigns, but once again, no hot princesses. I know, it’s been too long. Anyway, what we do have is a rather cool poster set from Echo_Die, which shows some of the…

I present to you a case study. Let us save the big reveal for later and call our subjects Film A and Film B. Both films are based on best-selling books. Film A chose to… 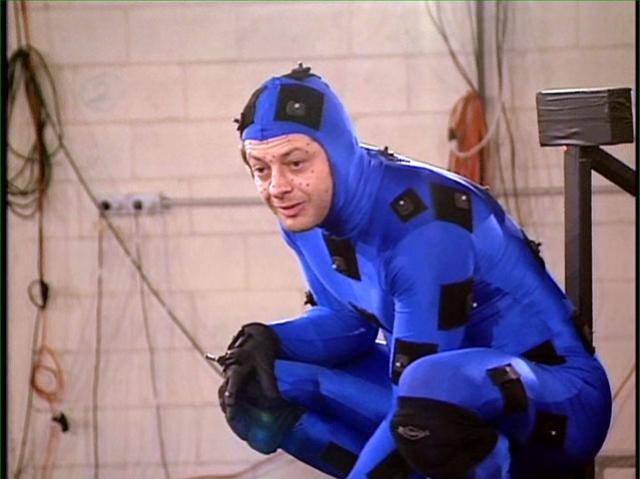 If you’re a regular reader of this site and your interests are the same as ours, then you are undoubtedly familiar with Andy Serkis.  The guy is crazy talented, and while I’m not saying he…