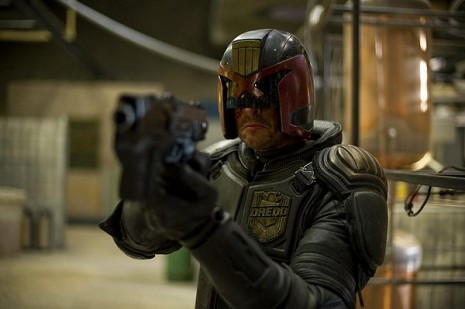 It was just another day of eye-rolling Hollywood news when it was announced that the latest film to get the reboot treatment was going to be Judge Dredd. If it was popular once upon a time, and it isn’t Star Wars, it can be remade for modern audiences.

Lately, mid ’80s to mid ’90s action movies seem to be all the rage, with Total Recall getting an update, and a new Robocop film on the horizon. So, what does Dredd have to set itself apart from the “yet another reboot” category of films? Well, it’s actually pretty damn good.

It’s not just good actually, it’s far and away a vastly superior movie to the original. Yes, Judge Dredd will always have its place in movie history for its ultraviolence and the goofiness of Sylvester Stallone yelling things while wearing an ill-fitting helmet, but the film, even for the mid-nineties, was not a well-made movie at its core.

That has changed, however, for the 2012 update now starring Karl Urban as The Law. Here Lionsgate threw mass appeal to the wind, and tried to produce the best possible film they could make, one that stayed closer to the original comics. Judge Dredd doesn’t belong in a PG-13 universe, he needs to be lighting people’s faces on fire with incendiary bullets. He doesn’t need to be Matt Damon, or have Scarlett Johansson following him around. Rather the team of the stoic Urban and the fresh-faced Olivia Thirlby (best known as “that girl who was Juno’s friend”) is more effective than any recognizable A-list combo could have been. 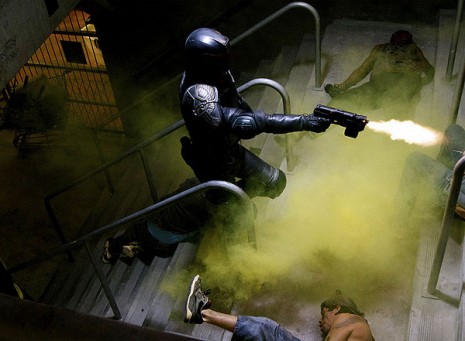 Urban simply makes Dredd the true badass that he could never be with Stallone wearing the mask. The costume update goes a long way in this, but the absence of Stallone’s trademark speech impediment certainly helps as well. Though Urban remains helmed for the entire film, his mouth etched in a permanent frown, he’s actually a more intimidating costumed hero than, dare I say it, even Batman appears on screen.

Truth is, Dredd and Judge Dredd have little in common other than the same dystopian universe they occupy, a helmet that has to obstruct their vision and the titular character’s name. This is indeed a reboot, not a remake, and the plot isn’t remotely close to the original. Rather, the film has Dredd and new recruit Anderson (Thirlby) responding to a distress call in a slum super-scraper that houses 75,000 of society’s poor and criminals. The tower is run by a ruthless drug dealer name Ma-Ma (Lena Headey) who is manufacturing a drug that justifies 3D scenes in movies. I mean a drug that makes time slow down for the user.

After she murders three junkies, Dredd and Anderson show up to investigate. When she sees them take one of her lieutenants for questioning, she locks the building down and sends her army of gang members to hunt down the two Judges. With no backup, they must survive the assault and bring her to justice. Justice, which in this world, is almost always death.

The film taking place almost entirely in one building does work, but it’s a bit worrisome if you saw another badass action flick this year: The Raid. The Indonesian film has a special forces team invading a highrise owned by a drug dealer. They also must make their way to the top, fighting gang members as they go, and the plots are too similar not to notice if you’ve seen both films. Sure, Dredd has no kung-fu, and is not a stylized martial arts flick, but it’s an identical plot. Not to say it’s stolen, but I think the film could have been better served making use of the rich dystopian world outside of a singular building. But hey, that’s why they have sequels, I suppose.

That said, this is an incredibly well-made action film. The fight sequences are gory and almost reminiscent of Headey’s 300 at times. Director Peter Travis has come a long way from the rather awful Vantage Point, and by making this film as gritty as possible, he’s scored a win in the genre. Another similarly-themed comparison might be Die Hard, another story of a man trapped in a very tall building where he has to shoot a lot of bad guys, though Dredd executes the same mission with a lot less humor.

It’s stylish, slick and almost…sexy at times, if that adjective can apply to a bloody action movie. It could have easily been a bargain bin rip-off, but in truth, the film is far more enjoyable than the one that inspired it, unless you enjoy Stallone’s incomprehensible Judge in an ironic way.

All reboots are not created equal, and Dredd manages to be a cut above the rest .

I don’t really have guilty pleasures. Well, except for Tron: Legacy. Exceptions aside, most of the “bad” movies I like are movies that I think a lot of people are genuinely missing out on. I’ll…

Artist Patrick Ballesteros is back with a whimsical new series based on coin-operated cars and pop culture icons. When I grew up, the only coin operated rides like these were those creepy brown horses that…

“Even in high school I was very interested in history – why people do the things they do. As a kid I spent a lot of time trying to relate the past to the present.”…

If you asked a random group of people who enjoy watching movies who the worst actor in Hollywood is, I’d bet that at least a few of them would mention Brendan Fraser.  If you asked… 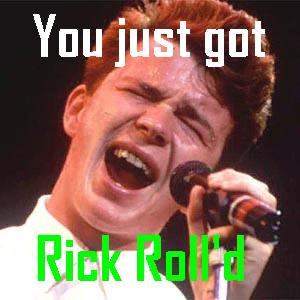 Apparently, the concept of Rickrolling dates back to May of 2007.  For those of you who are unfamiliar with the term – and I imagine it’s only a handful of you – “Rickrolling” is essentially…

Mike Mitchell decided to do something interesting with his country’s most famous heroes. He’s remade all of them to look more or less the same in what he calls his “Super British” series. I believe…