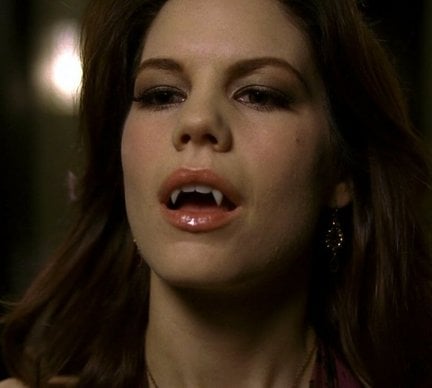 After a week off due to the Fourth of July weekend, True Blood returned with more vampire and werewolf action.  When we last left off, Sookie was looking for Bill in Mississippi with the help of the werewolf Alcide, Bill literally made Lorena’s head spin during some violent vampire sex, and the mysterious Franklin had his way with Tara.  Now that Bill’s a sheriff in Mississippi, how will that affect his relationship with Sookie?  Keep reading for the full review.  As always, there will be spoilers. 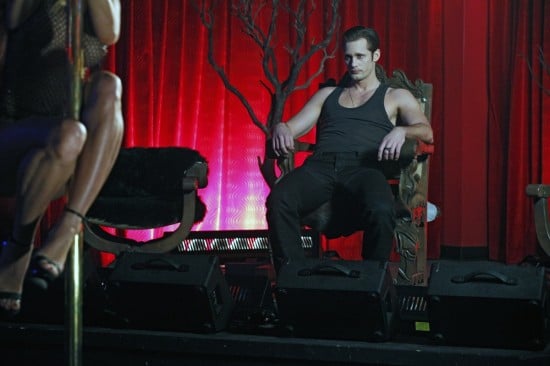 Sookie has been spending a lot of time with Alcide, and the show begins with her nursing his the wounds he received during last episode’s werewolf brawl.  Now, not that this has too much bearing on the show, but this was by far the worst I’ve seen Anna Paquin look.  I know that many people don’t find her attractive, but I’ve always thought she was at least kind of cute – not in this episode.  Maybe it was the lighting or the makeup, but yikes.  Why bring this up?  Well, it’s sort of like the Maggie Gyllenhaal in The Dark Knight conundrum – it’s nothing personal, but it’s hard to believe that a number of powerful, attractive men would be pining for an average-looking woman.  Although, in Sookie’s case, she can read minds, so I guess there’s that.  Anyway.  Alcide and Sookie bond over their common pain but soon enough, Bill gives Sookie a call and breaks up with her.

Was Bill doing this for Sookie’s own good?  Is it part of some master plan to keep her out of danger?  Or did Lorena make her point made to Bill that humans are nothing but a miserable little pile of secrets pain and convince him to ditch Sookie for good?  Bill’s always been too soft to hurt Sookie like that, but maybe this is the easiest way to get rid of her.  Still, I’m having a hard time with Bill’s sudden change of heart and move to Mississippi, so I’m guessing that there’s something going on behind the scenes.  Otherwise, he’s a fickle jerk.  He clearly doesn’t want Lorena, evidenced by his punching her in the face and across the room.  And his asking Russell to have her killed, of course.

Meanwhile, Franklin seems enamored with Tara as well as content to torture her.  He glamours her into calling Sookie and demanding that Sookie reveal precisely where she is – it’s clear now that Franklin is very interested in both Sookie and Bill – but his plan fails when a distraught Sookie denies Tara this information.  As a result, Franklin bites Tara and then ties her up to a toilet seat for what seems like the rest of the day.  Later, with a bouquet of flowers duct taped to her hands, Tara unwillingly accompanies Franklin to Jackson where we finally find out just who Franklin is working for.  No surprises here, it’s Russell, the Vampire King of Mississippi.  When Franklin arrives with Tara, for whatever reason, Talbot is none to pleased to see him.  I’m curious as to what Franklin’s rank is amongst the rest of the Mississippi vamps.  Judging by his swagger, he’s probably pretty high up. 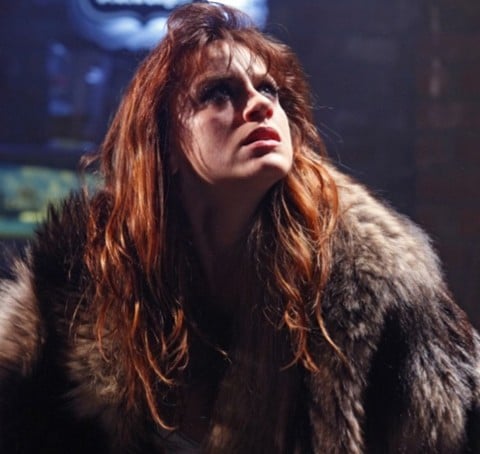 Sookie somewhat pulls herself together after Bill’s dumping and, with the help of Alcide’s sister, dresses like a total tramp so that she’ll fit in at Debbie’s (Alcide’s ex) and Coot’s engagement party.  Is it just me, or is the idea of a werewolf having an engagement party – even at a bad ass biker bar – kind of weird?  I mean, do they register for blenders and kitchenware?  Whatever.  Sookie also learns that Coot and Debbie aren’t just getting engaged; Debbie is going to become branded and made a part of the werewolf pack.  Is Debbie herself a werewolf?  I’m not sure if this was ever made clear or not.  Anyhow, Russell shows up to the festivities and fills shot glasses with his own blood, something he has apparently been doing for ages to fuel the wolves that do his bidding.  Werewolf engagement parties may seem kind of lame, but werewolves conspiring with vampires certainly isn’t.  Predictably, after the bar consumes the blood, all hell breaks loose and everyone shifts into wolf form.

The rest of the True Blood characters don’t get much screen time this week.  Sam is still dealing with his deadbeat parents but starts to sympathize with his brother, Jason demands that Andy make him a deputy – after all, he’s the best cop he’s got – after confronting some obnoxious high school football players, and Eric gets on Lafayette’s case about moving product.  Again, I always like seeing Eric and Lafayette together; they are two of the more interesting and likable characters on the show.  I knew that Eric would swoop in and save Lafayette when sh*t hit the fan, but that doesn’t mean I didn’t enjoy watching it happen anyway. 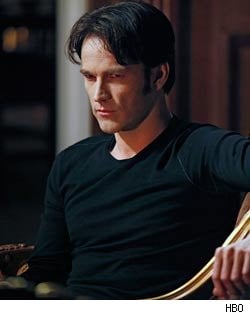 Of course, Eric would much rather be with Sookie than Lafayette.  He’s daydreaming about her now (pretty cool that he can fly, by the way) and he’s already put on the full court press.  Since Sookie is now technically single – whether she likes it or not – you have to think that she and Eric are going to be getting it on real soon.  Hell, she was still with Bill and was all over Alcide, so it’s really just a matter of time.

But before Eric can make a move on Sookie, he’s going to have to deal with the Magister.  Bill ratted out Eric and his V-selling operation to Russell, who in turn informed the Magister.  As selling vampire blood is tantamount to blasphemy, it’s a very serious offense and could cost Eric and Pam their lives.  Thinking quickly, Eric turns the tables on Bill by saying that Bill was the one selling V and that he was framed.  The Magister tells Eric that he has two days to gather enough evidence to prove his case, otherwise Pam dies.  I don’t know about you, but I don’t want Pam dying – especially after she showed off her talents last week.  I’d much prefer an Eric-Bill-Sookie love triangle, with Eric maiming Bill in the end.  Hopefully, we’ll get something close to that.

Overall, I think this was probably the best episode of the season.  I didn’t think it was particularly great by any means; I think the others have been mediocre.  What did you guys think? 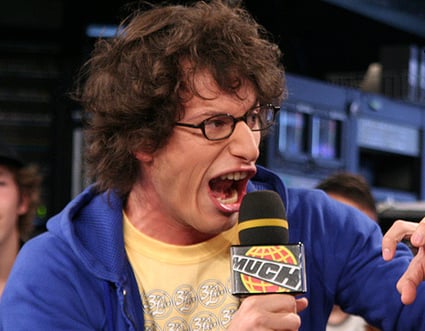 Making the ugliest face you physically can for the amusement of others is a great move.  We do it a lot when we’re little kids, but most of us tend to grow out of it…

(click to enlarge) Perhaps this should have been included in yesterday’s “kids’ shows grown up” post, but I didn’t find it till now, and no one is wearing a bikini, so it might not have…

“Nice to meet you, I may or may not be blowing your brains out in a few minutes.” This is a rather cool shot from behind the scenes of The Walking Dead which has star… 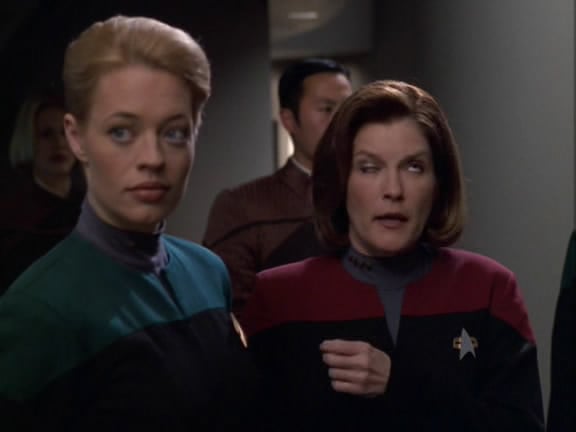 As a child when you used to hit pause on a VCR the television would get all blurry so you couldn’t really see the magic of freeze frames.  But today, with DVD’s and the ability…