Another day, another dollar.  No, make that a quatloo.

It isn’t every week you get to learn what John Glenn has to do with Wernher von Braun (though that one should be easy), and don’t even get me started on the Great Internet Panic of 1988.  Sit back, fellow travelers, and let’s plumb the depths of history, learning once and for all what fate has in store for us as ‘This Week in Science Fiction’ hits the internet airwaves … erm, space-waves … whatever … 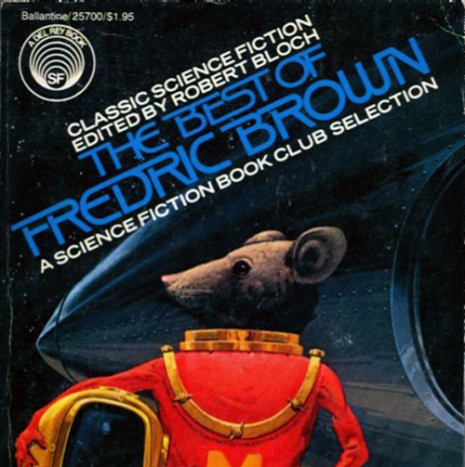 Talk about a War on Women? The first trial for witchcraft took place on this day back in 1390 in Paris. The first steam-powered warship, the ‘Demologos’, was launched in 1914. And, in 1998, 77-year-old John Glenn lifted off aboard the Discovery, becoming the oldest man to go into space, telling alien scum everywhere to stay off our lawns. Auspicious birthdays include noted sci-fi author Fredric Brown (1906), CLOSE ENCOUNTER OF THE THIRD KIND’s Richard Dreyfuss (1947), DARK CITY’s Rufus Sewell (1967), and STAR TREK’s Winona Ryder (1971). 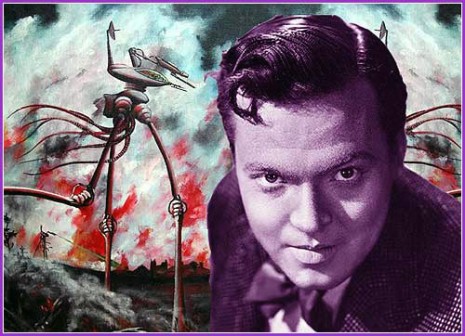 Ushering in a world of oddities, P.T. Barnum’s “Greatest Show on Earth” debuted in New York City on this day in 1873. In 1894, Daniel Cooper patented the time clock … to the dismay of workers everywhere. In 1938, Orson Welles took the airwaves with his radio adapatation of WAR OF THE WORLDS, and general confusion and some dismay of the general public followed. Auspicious birthdays include ALCATRAZ’s Leon Rippy (1949), 1981’s CLASH OF THE TITANS Harry Hamlin (1953), STARMAN’s Charles Martin Smith (1953), and FALLING SKIES’s Sarah Carter (1980). 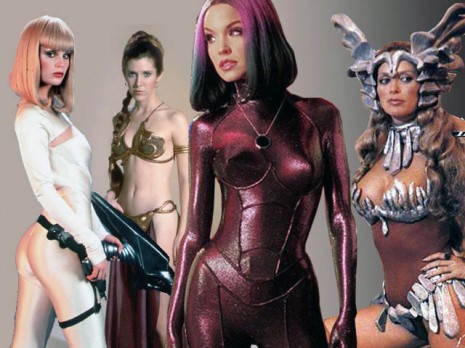 Yeah, you knew it was coming: on this day in 834, the very first ‘All Hallows Eve’ was observed to honor the saints. Ever since? It’s been used as an excuse by children to dress up like space princesses and collect candy from door-to-door, and Halloween has served as inspiration to all kinds of sci-fi and fantasy stories. In 1952, the first thermonuclear bomb was detonated on the Marshall Islands. And, in 2011, the world population reached 7 billion inhabitants according to the United Nations, though there’s still no published tally on the aliens living among us. Auspicious birthdays include V FOR VENDETTA’s Stephen Rea (1946), SPACEBALLS’s John Candy (1950), film director Peter Jackson (1961), and THE INVISIBLE’s Justin Chatwin (1982). 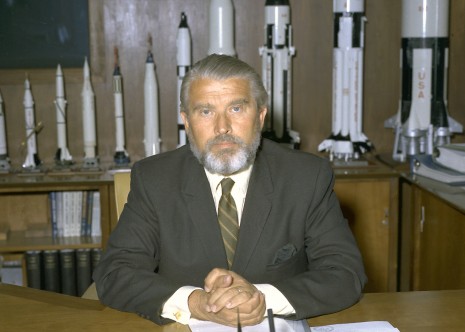 On this day in 1932, the man with a plan – Wernher Magnus Maximilian Freiherr von Braun – was placed at the head of the German’s liquid-fuel rocket program. He’d eventually immigrate to the United States via the ultra top secret “Operation Paperclip” (at the end of World War II) and head up the American space program. Folks at NASA fondly remember him as “the greatest rocket scientist in history.” Auspicious birthdays include sci-fi author Zenna Henderson (1917), sci-fi author Gordon Rupert Dickson (1923), THE LAST STARFIGHTER’s Barbara Bosson (1939), and TOTAL RECALL’s Rachel Ticotin (1958). 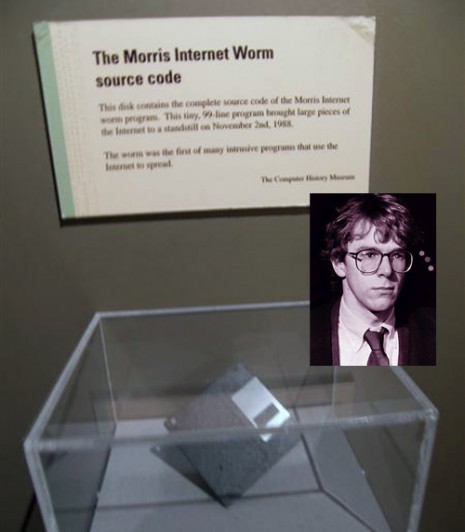 In 1988, the first internet-distributed computer worm – the Morris worm – took the world by storm. Written by Robert Tappan Morris and launched from MIT, the worm prompted folks everywhere to imagine the consequences of their machines being invaded by forces unknown. Also in 1988, the U.S. endured its first Mrs. America beauty pageant. (Coincidence?) In 2000, the first crew arrived at the International Space Station. Auspicious birthdays include FORBIDDEN PLANET’s Warren Stevens (1919), ALIEN TRESPASS’s Jerry Wasserman (1945), and INVADER ZIM’s Danny Cooksey (1975). 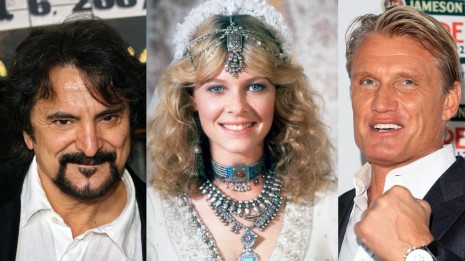 All the way back in 1657, the approach of a comet caused a great panic to sweep across Europe; it seemed a group of radical Christians had tied the event to the coming of the Antichrist. Nearly three centuries later (1956), THE WIZARD OF OZ was first televised on CBS. In 1957, the USSR sent the first animal – a dog named Laika – into orbit aboard Sputnik 2. In 2009, V returned to television sets when the popular 80’s series was given a second go, this time with CGI and Laura Vandervoort. Auspicious birthdays include composer John Barry (1933), horror aficionado Tom Savini (1946), INDIANA JONES AND THE TEMPLE OF DOOM’s lovely Kate Capshaw (1953), and UNIVERSAL SOLDIER’s Dolph Lundgren (1957). 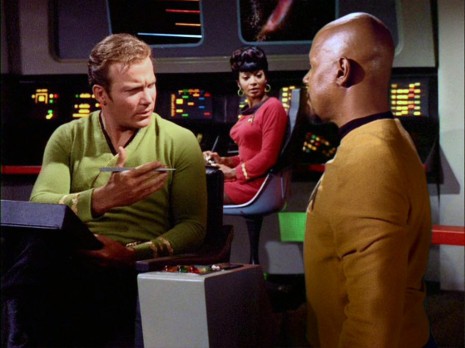 In 1939, the first air-conditioned automobile – a Packard, no less – was exhibited in Chicago, Illinois. In 1988, John Carpenter’s subversive cult flick, THEY LIVE, showed us how the wealthiest among us were actually aliens controlling our destiny by way of a secret TV broadcast signal. And, in 1996, the groundbreaking STAR TREK: DEEP SPACE NINE episode “Trials and Tribble-ations” used cutting edge CGI to insert Captain Benjamin Sisko and his crew into the days of James T. Kirk and company. Auspicious birthdays include FARSCAPE’s Lani John Tupu (1955), INDEPENDENCE DAY’s Kiersten Warren (1965), and CONTACT’s Matthew McConaughey (1969).

Until next time, fellow travelers, live long and prosper!

When it comes to entertainment, books are my meat and potatoes.  Always loved them, always will.  I picked up novels at an early age and never stopped consuming them.  There are good stories in all…

You guys know how we feel about Cosplay by now.   It’s probably our single most favorite genre to post picture galleries of.   And since another year has gone by that has featured some of the…

Artist Rik Reimert has a medium of choice, pen and ink, and with a series of mostly straight lines, has drawn and shaded a rather fantastic series showcasing some of pop cultures biggest acting icons. Naturally we…

Did you know that each day approximately 300,000 starry-eyed hopefuls move to Los Angeles to make it in the motion picture industry? Perhaps as directors, maybe actors, or even writers.   Obviously not all of them… 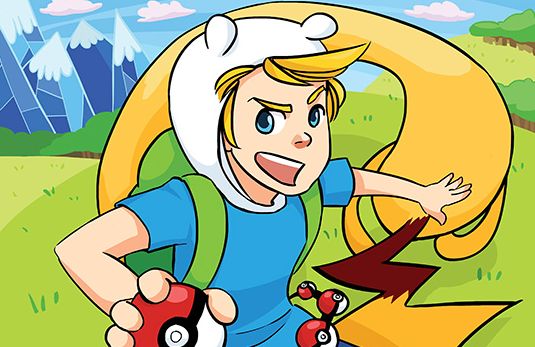