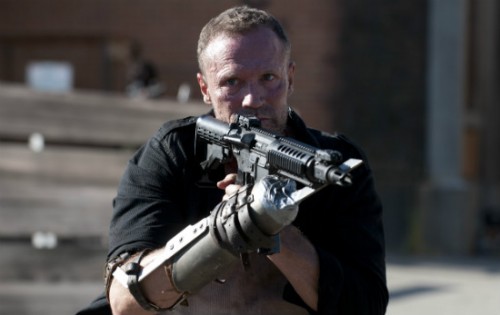 I spent nearly my entire review last week tearing into what I thought was a intensely annoying episode of The Walking Dead, from odd character behavior to a horribly choreographed gunfight. This week, I’m not as steamed, even though many will likely classify what we saw last night as “dull.”

It’s true, this was a “breather” episode. “Filler,” if you like even. But I don’t think that’s necessarily a reason to dismiss it. Just because an episode has action, that doesn’t make it good (as seen last week) and just because it doesn’t, it’s not bad.

Rather, this episode was all about something I’ve been wanting to see for a while now, the group telling Andrea what a dumbass she’s been. 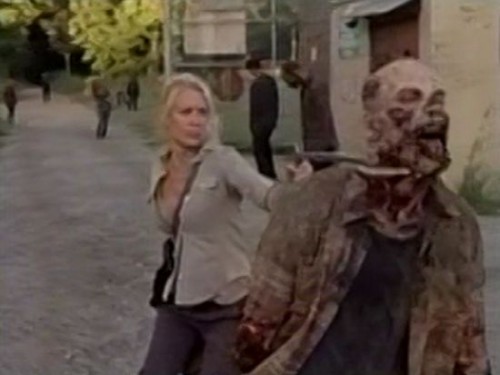 Tell me, why does no one ever do the old “smear zombie blood on you and walk around undetected” trick anymore? That seems a lot easier than this.

At long last, Andrea figures out that she should probably leave Eviltown and head on down to see her old friends at the prison. When she does show up, the collective, appropriate reaction is “WTF Andrea?” as she has to explain not only why she’s stayed in Woodbury so long, but why she’s gotten so close to the obviously sadistic Governor. Her explanation? Well, she doesn’t really have one, and just sort of stammers about having a nice life there and “Phillip” being not so bad, really.

Michonne finally has relevance again, and gets to call her friend out on her betrayal. In the end, Andrea goes back to Woodbury where things happen I don’t quite understand. It’s hard to believe the Governor actually would trust that she’s loyal to him now. Why would the prison gang let her go, her now knowing the insides of the facility and their total numbers, if not to have her assassinate him? Yet the Governor sleeps with her all the same. I thought it might be a trick on his end, but she does indeed get the opportunity to put a knife to his throat, yet chickens now, naturally. She’s Andrea after all.

I don’t know though, for as much as we complain about her being an idiot, she is in a tough spot now. Andrea is right about one thing the prison group seems to forget. Despite being led by a crazy person, at least 80% of Woodbury as what would should in fact dub “innocents.” If a full on war rages, many will die who don’t deserve it. Look at it from the townsfolk’s perspective. All they know about this prison group is that they raided their camp and killed their men. If this was a different show, we’d probably be on Woodbury’s side in all this. Andrea, despite her flaws, seems to be the only one that actually realizes there’s more at stake here. 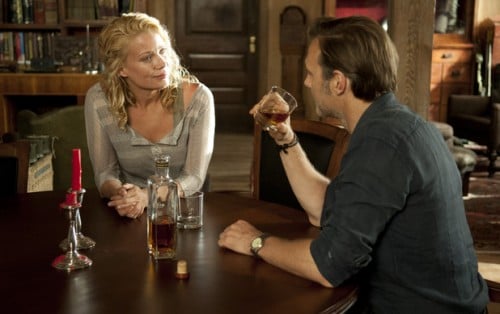 Elsewhere, this was a nice quiet moment from some non-insane character development. No Glen and Maggie screaming matches, no Rick-sanity. Rather, we see Merle slowly trying to become a better man in conversations with Hershel and Michonne. We see Carl standing up to his dad who is clearly no longer fit for command, even if he didn’t hug any ghosts this episode. Hershel also chewed Rick out something fierce, and he’s now morphed in to a less whiny voice of reason “Dale” figure, and is quickly becoming one of my favorite characters.

The scene at the end where Beth sings in the prison was rather fantastic. The show needs little hopeful moments like that to not get bogged down in too much gore and horror and tragedy. Great acoustics in there, too.

Perhaps the most disturbing development of the evening was the fact that the new quartet of wanderers led by Tyreese has ended up in Woodbury. Rick’s nuttiness not only drove them out, but now they’re perfectly willing to side with the Governor to help destroy the group. And rightly so! Again, Woodbury seems like the good guys here. Rick started screaming at the walls and turned them out into the woods. Woodbury instantly opened their gates and brought news that Rick had raided the town and killed innocents. Who would you side with knowing that info? 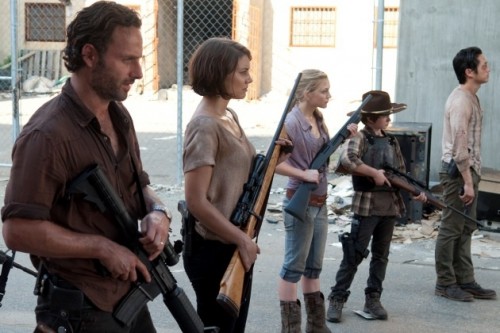 Not exactly the friendliest looking of posses.

Of course it won’t last, and Tyreese and his sister have to join the central group eventually somehow. I don’t think Alan and his son will live long enough for that to happen, but perhaps.

The question now is how long do we stay here? Many complained season two suffered because the farm got tiresome. The prison and Woodbury may have more going on, but this stalemate could in fact get quite stale if allowed to continue indefinitely.

So, who was the “Judas” then? The accent would say its Merle, swearing he’s given up his old ways. But it could also be Tyreese, now prepped to betray the prisoners. And of course it could be Andrea, as we still don’t know where her true loyalties will eventually lie when the showdown reaches its climax. Will all of these people be Judases, or none of them? 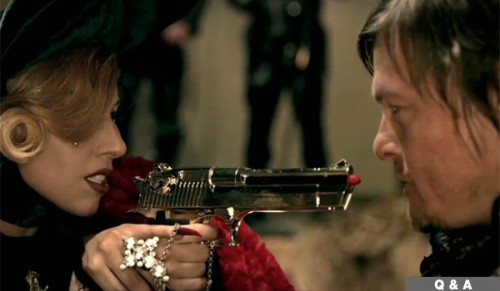 I’ve made the casual observation before that I find episode-by-episode reviews of some programs to be problematic. I don’t say that to gripe about any writer, format, or even those types of review in general;…

The Walking Dead has slowly evolved from a show with an awesome concept and terrible execution to one that’s consistently watchable, and occasionally even great. I’ve been impressed with the last season and this one…

You know that moment when two people come face to face in a confrontation where only one is going to walk away under their own power if they’re lucky? There’s some primal instinct hidden in…

httpv://www.youtube.com/watch?v=xnGnl-UElVA The words “Johnny Bravo” probably haven’t even crossed my mind in about five years, but that doesn’t mean my head isn’t instantly filled with his catchphrases again the moment I saw this video. It’s… 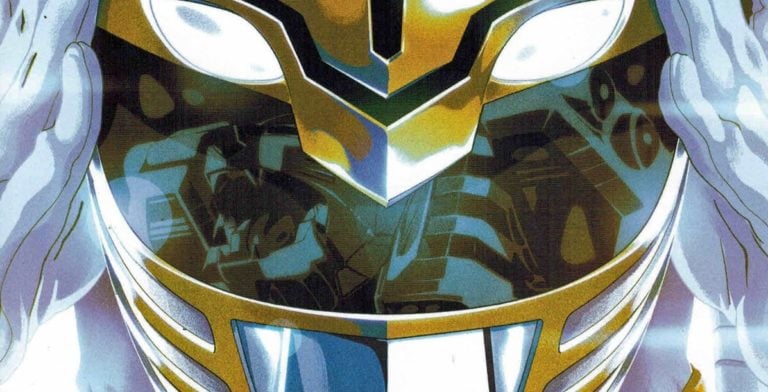 Recently, the Mighty Morphin Power Rangers comic book series being produced by BOOM! Studios saw a crossover event centered on Lord Drakkon. Initially, it was believed that Lord Darkkon had killed his counterpart from the…

One of the greatest moments of my TV-watching life so far has been when lowly fisherman Nakota Nagano became the first (real) person to beat all four stages of the Ninja Warrior course in Japan….