How many hours of gameplay does it take to make a game worth $60? 20 hours? 30? Before buying a game like Dead Space, Bioshock, or any other linear one-way titles, I usually ask someone who played it how many hours they spent with it before they packed it up and put it on the shelf. Maybe it’s me or perhaps it’s just these rough economic times, but I like to know that I’m going to get my money’s worth. But games these days are changing, sometimes making this type of old-school cost benefit analysis obsolete.

Gameplay is becoming more open, allowing players to not just play games, but play with them. While some titles such as Skyrim, Grand Theft Auto, or Fallout borrow pieces of the old linear formula, combining them with a freer more open world, others like Minecraft and the popular Arma II mod Day Z kind of just drop you in a world of rules, simply saying “have fun.” There will always be room for linear gameplay, some of my fondest gaming memories have come from very structured gameplay, but games like this have a half-life, a cap, while more open games have the potential to last longer, cost less, and give players a chance to create their own content and their own fun. 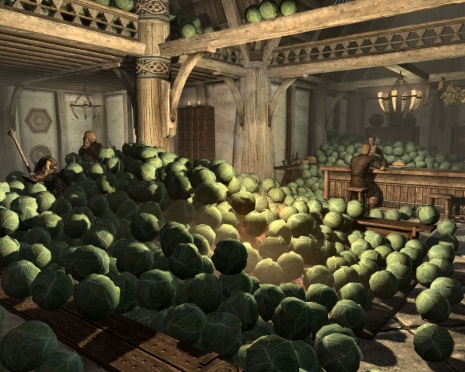 Want to flood an Inn with cabbage? Sure go ahead.

I love Telltale’s episodic The Walking Dead game, I consider it $25 well spent, especially considering there are three episodes left. But even though the game adapts to my gameplay decisions, it’s still very linear, meaning I likely won’t sit down to play it more than a few times. The amount of gameplay is finite. No matter how great I think it is, and I do, once I’ve done everything the developers have planned for me that’s it I’m done, there’s no room for me to explore or create any sort of content on my own.

Compare this to Day Z (a standalone could be on the way for those who don’t want to purchase Arma II) a vastly different kind of undead apocalypse. There’s none of the production quality that The Walking Dead has, no story, no characters, there isn’t even any dialogue, and yet by all accounts this lack of structure actually helps to create more gameplay, generated not by developers but by users. The lack of a clear path can be unsettling at first, there’s no quest giver, narrator, or giant arrow telling you where to go or what to do, but if you can get past that this simple mod has the potential to give players access to more varied and organic gameplay, gameplay that simply couldn’t exist in the more linear Walking Dead. 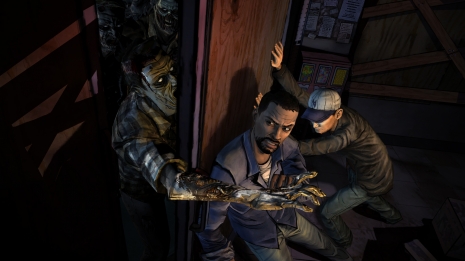 An intense scene no doubt, but it loses something after the first time.

If money is no object then sure you could just buy both. But if you’re like me sometimes your wallet has just as much of a say in the games you purchase as do your personal tastes. If that’s the case, investing in a game that boasts open gameplay could be more cost effective than one with gameplay that’s subject to just what the developers give me. Again, that’s not to say I wouldn’t enjoy both games, but if finances are limited I would rather play a game that isn’t capped at 20-30 hours of gameplay.

It takes a lot of trust on the part of the developer to give its users the freedom to create their own content. Obviously a game like Minecraft is on the “do whatever you like” end of the spectrum, but even games that give users less freedom are able to facilitate unique and robust user generated content. Look at the Call of Duty franchise. There’s a very linear single player campaign that usually nets anywhere between 20-30 hours of gameplay and then there’s the more open multiplayer aspect of the game which gives players as much gameplay as they like. 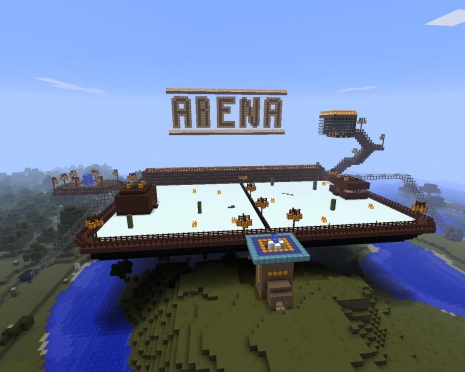 Minecraft Spleef – a game within a game created by users.

This isn’t an entirely fair comparison I’ll admit, playing with other people is always more fun, but I think it’s safe to say that players are more interested in the open multiplayer content of CoD than the linear single player campaign, even if the campaign is great. The amount of content is the same in both the single and multiplayer versions of the game, there are the same amount of weapons, maps, abilities, and yet throwing everyone together in a multiplayer setting with less rules allows users to make their own fun. Removing the strict hand-holding of the single player campaign greatly increases the game’s longevity, and gives those who wish to do 360 headshots or only use a knife a venue to do so.

I’m not saying that open gameplay is “taking over” the marketplace, but I do think that they devalue other games that are limited by a more linear structure. A $60 game with 20 hours of gameplay is a lot less valuable when that $60 can buy another game that doesn’t come with a cap. By giving players the freedom to play as they like, developers not only increase a game’s longevity, but also the value of the game itself. That’s not to say that a carefully crafted and structured gameplay experience can’t be fun, but when finances become an issue an open game that gives players a more open experience is simply more bang for your buck. 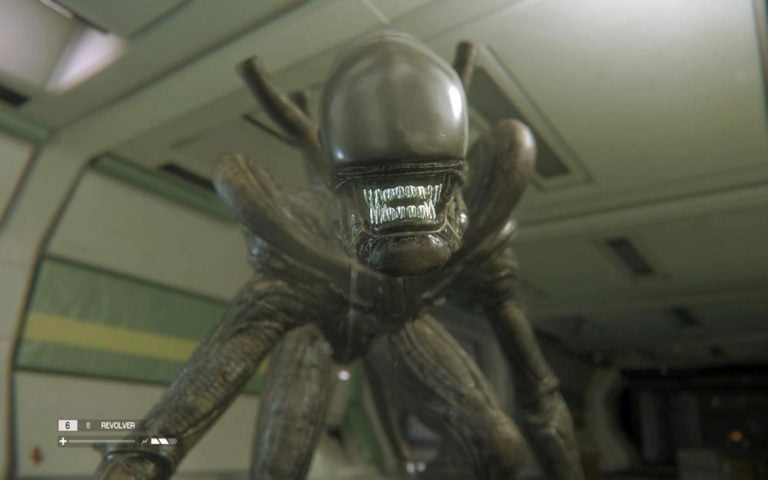 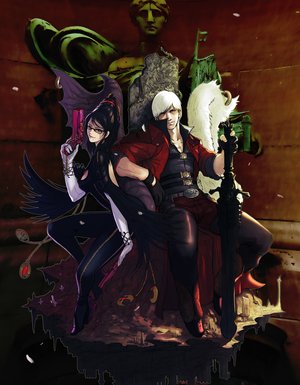 The demo of Bayonetta arrived almost two weeks ago, and in another few weeks, the game itself will be available in North America.  I, for one, am pumped.  Bayonetta is a witch with a very… 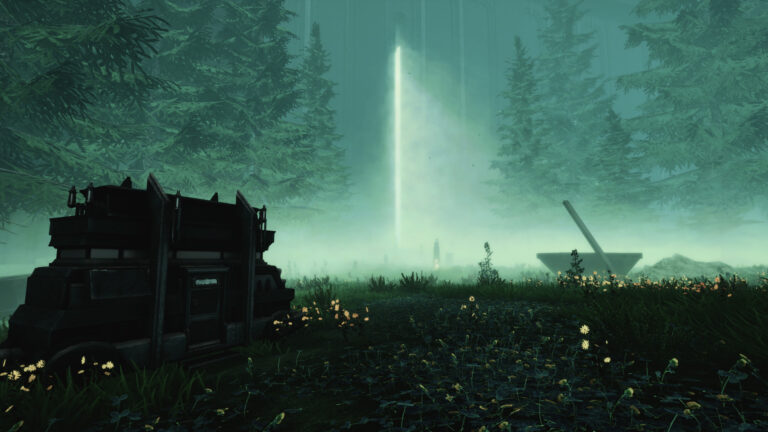 The Silent Swan will be a serene new experience that could end up being a breath of fresh air from all the carnage that some games have today. The story centers around Mirov Kavrazyma trekking…

Holy crap, I didn’t think Googling “Zelda ghetto” would turn up anything, much less an image as cool as this. And it’s the perfect way to open up what you’re about the experience with the…

I’ve been playing a lot of games the past few years, probably more so than when I was in high school and college now that I don’t have to do things like “study” or “read.”… 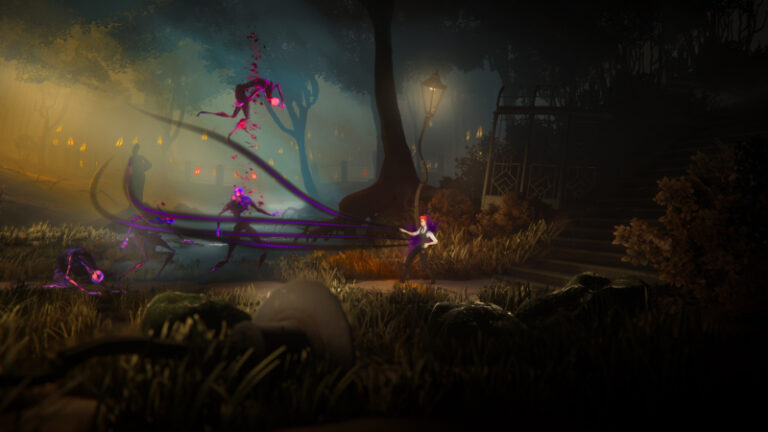 The Last Case of Benedict Fox is a platforming Metroidvania action game in development by Plot Twist. The story takes place in an alternative universe with a 1920s motif. Players take control of renowned detective…