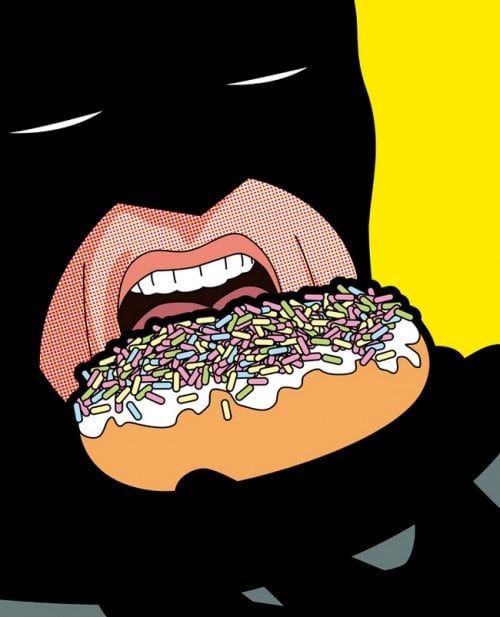 Greg Guillemin is a rather hilarious pop culture artist who recently compose a massive series of pictures aiming to show the “secret lives of superheroes.” The idea is that the superhero lives their normal life doing heroic things, but it their “secret life” where they do ordinary guy or gal stuff. As in, Batman stuffing his face with a donut as seen above.

But that’s not all. There are are a ton of ultra-closeups like these, including the Hulk smoking week, Catwoman biting her nails or Lara Croft picking a wedgie out of her shorts. I love the ridiculousness of this project and I’ve capture most of the best prints below. The rest you can check out on Guillemin’s site, and there are a bunch of NSFW ones I couldn’t include in the gallery below.