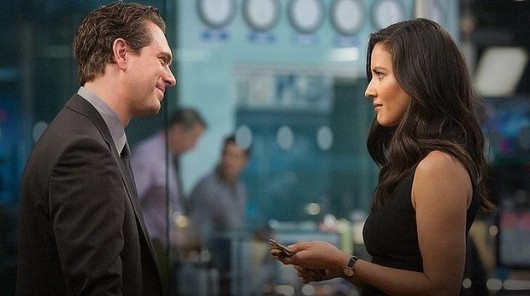 Sick of my Newsroom posts yet?  Well, this will be the last one. The Newsroom is over.  It’s going to take some time to come to grips with the series as a whole; for right now, we can simply react to the end on its own merits.

The cringe-worthy penultimate episode was both a blessing and a curse for the finale.  While it left a mess to clean up, it also significantly lowered the bar – to feel uplifting after last week’s disaster, all the finale had to do was give us some kind of light at the end of the tunnel.

I think it did that.  It wasn’t a great episode – it wasn’t even in the Top 5 episodes of The Newsroom, and this is a show whose run consisted of ~30 episodes.  It was, like the show itself, riddled with flawed moments and brilliant moments alike, trying too hard in some places (the garage jam, oh my god, the garage jam), and curiously glossing over others. (Uh, welcome back for 15 seconds, Neal.) 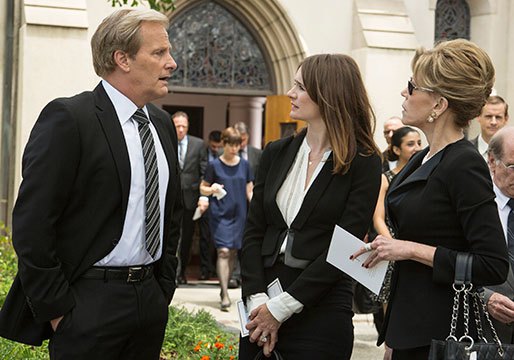 What do I even need to expand on?  The finale really ran you through the gamut.  The garage band scene with Will singing and everyone joining was one step away from having them literally gather around and sing “Kumbaya.”  It was hard to watch.  Neal coming back felt rushed, and as much as I liked the acting in that scene – he had this air of confidence and equanimity that hinted at some real depth, some real development with his off-screen arc – it felt like a loose end, narrative-wise.

At the same time, you had Jane Fonda absolutely stealing the show every time she was on the screen.  You had a flashback sequence that felt like a reasonable bookend to the series.  You had Don and Sloan being Don and Sloan.

You had that last scene, the slow panning shot of the newsroom.  Understated.  No music.  Nothing epic or huge about it at all.  Almost disconcerting in its quietness.  Then, of course, that final cut to Will, blending the fake show and the real show in a meta-moment of poetry.

And the rest, as they say, is silence.