I was going to do this next month and make some October recommendations, but the coming week or so of film releases is pretty exciting. And as autumn kicks off, my free time (outside of bringing you guys the good news, and stepping on crunchy leaves) will be spent finding the biggest screen I can to watch the flicks you’ll find after the jump.

My film preferences are generally all over the board, sometimes swaying in favour of quiet little indie achievements, and other times swinging for the Hollywood bigs. But this week, my must-see movies all land somewhere in the middle.

N.B. I hate when people try to review a film before they’ve seen it, or otherwise generate an opinion on something they haven’t tried. What I’m doing is looking at past work of the talents involved, as well as the potential of the new projects based on trailers, cast and plots. And I may have had a sneak peak at a script or two, so I’m not completely stabbing in the dark here. Nevertheless, I could be proved right or very wrong over the next week.

Maps To The Stars

I thought you said ‘Yogurt!’

Cronenberg – the master of confrontation. It would be impossible to sum up his film work without using words like ‘weird’ and ‘bizarre’. So you know this is going to give you at least a few doses of ‘Whaaat…?’

The strange thing about this recommendation is that I’ve never really liked a David Cronenberg film. They’re influential and memorable, for sure. To this day, I have vivid Videodrome dreams of diving wrist deep into my own stomach. Come to think of it…those started before I ever saw the film… Anyway, I have hopes for this one! The trailer was odd, but not in his classic way. Julianne Moore is on another level with this character, even surpassing her pretentious, lust-driven artist from Lebowski. The supporting cast appear similarly interesting and insane, and are sure to lead the story into madness.

And I realised as I was given a short introduction to these characters and their problems, that’s exactly what this film has that Cronenberg often neglects. A story. The films he’s written himself have had a heavy helping of ideas, and moments, and observations. His recent Cosmopolis was well shot and well acted, but my God was it boring. Sometimes a simple story can be the best tool, but a rich dude driving (or being driven) across town to get a haircut? It was a journey through Cronenberg’s comments on America, or something like that. I stopped paying attention at some point. I think filmmaking is a great vessel to say what you want to say, but not at the sacrifice of character arcs and emotion. He might as well stand in the cinema and deliver a speech.

‘I got the haircut…but my driver quit.’

So really the reason I’m looking forward to this film is because he’s left the writing to a third party (Bruce Wagner in this case). This means we have a chance to be treated to the Cronenberg aesthetic without the heavy burden of his cynicism.

There is a kind of film – I like to call it the ‘man on a mission’ movie – that never gets old. It may feel a bit stale sometimes because there are so many iterations that mill together in a pool of mediocre action flicks. But when you get down to it, those unmemorable few – like that one…with Mel Gibson…you know where he…oh, screw it – which despite their badassery and bravado, are missing one key element. Personality.

I loved Taken. Everyone loved Taken. But Taken got lucky. It had some great action scenes, a killer speech/outgoing mailbox message, and Liam Neeson. But apart from some super fun man-talk over a BBQ that was totally everyone’s favourite scene, there was nothing to really break up the action, leaving Brian with no setting other than ‘mean machine’. I’m telling you, Taken was one off note from being…Taken 2. So it may be the exception to the personality rule. But there are movies in this mini-genre that bleed personality. Leon: The Professional being my pick of them. Jean Reno brought an innocence to that role that was so at odds with his hit-man profession, it feels fresh even now. Bond films fit into this category as well, and they’ve continued to entertain because of Bond’s charm and humour when he’s not killing (and often while he is). Even those old Schwarzenegger action flicks abided by this, as each of his characters had that Arnie charisma.

‘Whoa, how’d you get yours so smooth?’

So what about The Equalizer? I’ve put it on this little list, so clearly I have high hopes. I honestly don’t like the whole Denzel movie roster. Probably half and half for me, I’d say. What I do know is that he excels in the man-on-a-mission area. Man on Fire is one of the coolest I’ve seen. The Equalizer treads dangerously close to that film in terms of protagonist. A quiet man with unmatched combat skill goes after the bad guys who torment a young woman. That’s the surface level story of each film. But the personality underneath is quite different. In Man on Fire, Denzel was a damaged man, a heavy drinker who hated himself, but grew to love the girl. In The Equalizer, he’s already a caring chap. He takes care of himself and those around him. He’s also a big reader, and call me a snob, but I like a guy who can kill a room full of Russians and then quote Hemingway. Two completely different personalities, each of which give their respective films a great deal of depth. Some may say that action films don’t require this kind of thought. And that may be true if you’re gathering with friends for a few drinks and just want to see The Expendables blow stuff up. But if you’re forking out for a movie ticket and want to feel something between the ass-kicking, go check out The Equalizer.

Now this is odd. I thought I could safely call this a big Hollywood movie. And technically it is. But to me, that category is for films that basically everyone knows about, and have already decided whether or not to go see. But Gone Girl, despite the solid (though surprising in some cases) cast, and David Fincher directing, is a bit of a dark horse. There are adverts here and there, and a couple of great trailers, but it’s like a shadow, or your own nose – you only notice it if you remember to. (stop looking at your nose and keep reading). Seriously, I’ve talked about this movie with friends and only one had heard of it, and he didn’t know what it was about.

So I figured it was worth recommending for those who are undecided or out of the loop. Let me tell you, this film is going to be brilliant. The book was suspenseful, funny and unique. And David Fincher always seems to find a perfect balance of those elements. Think about Fight Club, and you’ll remember it being dreary, and cleverly crafted. But think a little harder and you’ll remember the wit in the dark comedy, which helped make it rewatchable years later. The Girl With The Dragon Tattoo and Seven have the same characteristics.

Does this mean Pike broke up Damon and Affleck?

Some have been troubled by the casting choices, and I remember a double take myself when word first came out. Affleck I’m fine with – I think Argo really concreted his acting chops. And Neil Patrick Harris as the sordid ex-boyfriend is just about perfect. It’s the ladies I was less sure of in this case. Rosamund Pike has always been good (the kind of good that’s always followed with a but) but I’ve never seen her really come out of her shell. She held her own with Tom Cruise in Jack Reacher and with Pierce Brosnan in Die Another Day, but this role will require her to do much more than simply hold her own. Similar to Rooney Mara’s Lisbeth in Dragon Tattoo, this is a woman who knows a thing or two, who can outtalk and outsmart any man. As for the casting of untested Emily Ratajkowski…although her character is relatively minor, she’s very important to the story. Pulling her out of a Robin Thicke music video and putting her in the thick of a high concept murder mystery? It seemed like David Fincher was giving himself an unnecessary challenge.

But then I remember – this guy knows a thing or ten about casting. Who knows what went on during auditions? The gals must have impressed him, so I’m sure they’ll manage to step up. Add the fact that Fincher is renowned for doing upwards of 50 takes on certain scenes means he’s sure to get the performances he needs. So I look forward to seeing Rosamund show us a side we haven’t seen yet (and it’s looking promising. Did you recognise her in the title photo?).

All said and done, this is the one to watch this month (I cheated slightly, it’s due out October 2nd. But there’s an advanced London screening on the 29th). If someone told me David Fincher was microwaving a sandwich and I could watch, I’d buy front row tickets. What’s that? You’re not supposed to microwave sandwiches? Well you’re not supposed to flip cameras upside down mid-scene either.

Fun fact: The heater in front of her (cut from the GIF) was an improvised prop. She was cold between takes and it happened to make awesome light.

Not so sure about…

Maze Runner – Plenty of adverts, hasn’t sparked my interest a whole. Anyone read the books? I saw the trailer and it was like the Triwizard tournament with no wizards. Just a bunch of young lads and Effie. Seriously, is there only one girl in this world?

Magic in the Moonlight – I love some Woody Allen films, but with his one-a-year policy, he seems to strike gold once, maybe twice a decade. I don’t see this finding much more than aluminium. Or granite. Or…Stone.

White Bird in a Blizzard – Gregg Araki has some interesting credits in Kaboom and Mysterious Skin, but neither blew me away. Eva Green and Shailene Woodley are brilliant however, so I’m intrigued. If anyone sees it this week, I’m keen to hear your thoughts. 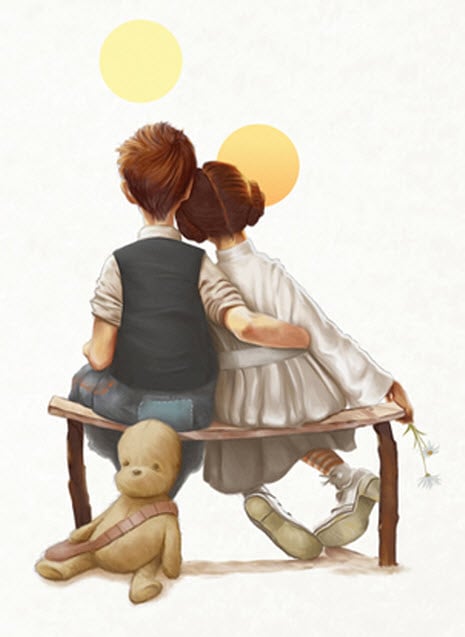 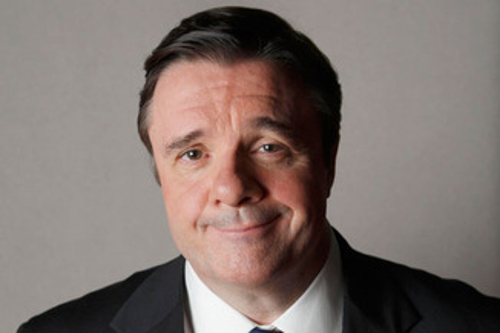 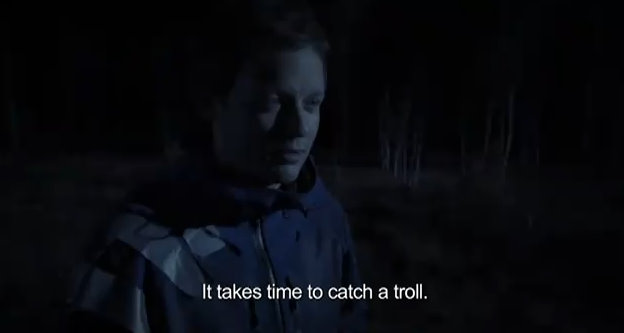 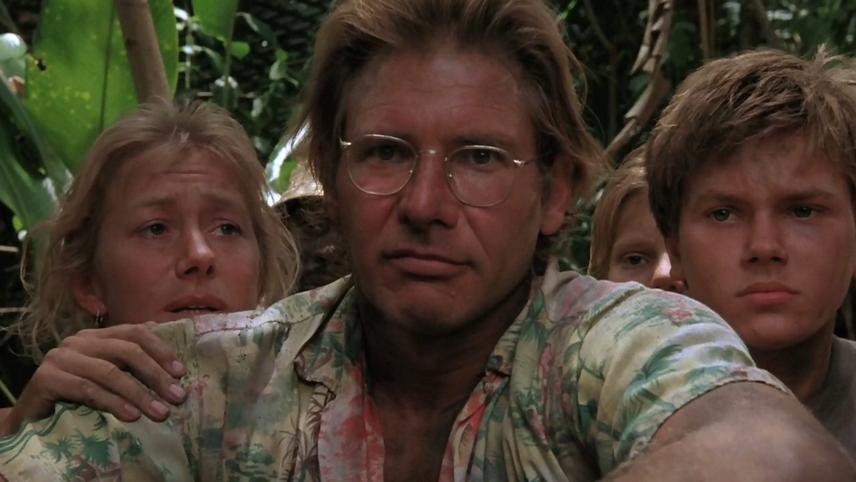 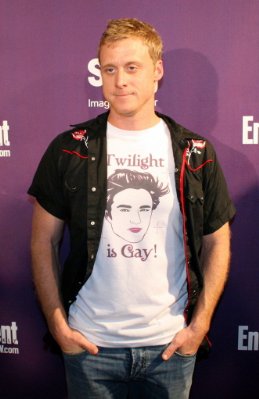 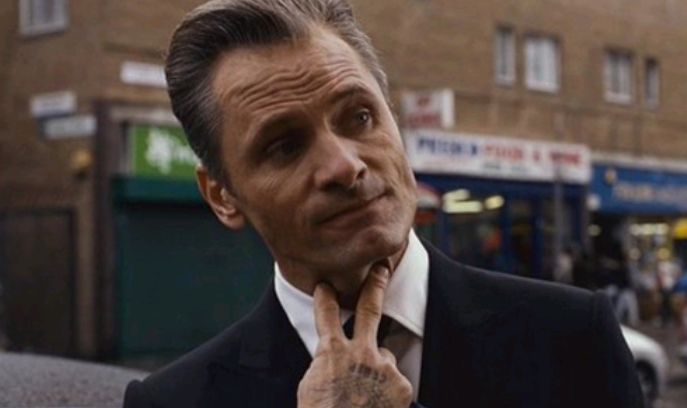